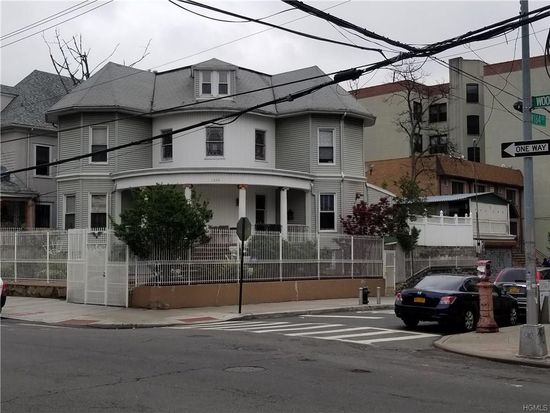 Cushman & Wakefield has been retained on an exclusive basis to arrange for the sale of four properties in Queens situated in the Long Island City, Glendale, Whitestone and Far Rockaway neighborhoods of the borough. A team led by Stephen Preuss with Andreas Efthymiou, Kevin Louie, Kevin Schmitz and Charlie Dupont is representing the sellers. The properties are:

• 204 Beach Street is an 85,349-square-foot assemblage of lots at the corner of Seagirt Avenue and Beach 28 Street. Located within a qualified opportunity zone, the site sits in a R4A/R5 zoning area and will be delivered with approved plans for a four-story building with 51 residential units and approximately 17,728 s/f of community space. The asking price is $5.5 million.

• 69-01 Central Avenue is a 4,080-square-foot, three-story mixed-use building in Glendale. The fully-occupied property features three ground-floor retail units and two fully-renovated residential units. The property is situated on a busy corner and is within walking distance to the Shops at Atlas Park, the M train and multiple bus lines. The asking price is $1.6 million.

• 151-45 Sixth Road is a 206,185 s/f residential development on the Whitestone waterfront. The site has approved plans in place for 52 single-family luxury homes and is eligible for tax credits. Per the approved plans, the average lot size ranges from 5,000 to 6,000 s/f with homes averaging 2,500 to 5,000 s/f. The blueprints for the site also include the right to 26 boat slips and over 1,000 s/f of East River frontage. The asking price is $38 million.

TerraCRG announced the closing of the mixed-use building at 219 Irving Avenue in Bushwick, Brooklyn. Matt Cosentino, Fred Bijou and Eddie Laboz exclusively marketed the property finalizing the deal at $2,180,000. TerraCRG represented both sides in the deal, bringing together the sellers, Gil Nye and Jay Yoo, and the buyer, Israel Goldstein. Located on the corner of Irving Avenue and Harman Street, 219 Irving Avenue is 4,350 s/f and consists of five residential units, one commercial unit, and four garages. The sale price represents $501 psf and $363,333 price per unit. The building is located within a prime section of Bushwick two blocks from the M train at Knickerbocker Avenue and five blocks from the L train at Dekalb Avenue.

• The acquisition of 1222 Nostrand Avenue in Prospect-Lefferts Gardens, Brooklyn, NY in a transaction financed by Carver Federal Savings Bank. This property is a mixed-use building with several apartments and a store.

• The bulk refinancing of five properties in Bed Stuy and Bushwick for $6.158 million in a transaction with Banco Popular arranged by Matt Dzbanek of Ariel Property Advisors (one loan pending closing). The properties are all free-market buildings and are a mix of walk up residential properties and a corner mixed-use building located at 987 Lafayette Avenue, 712A Greene Avenue, 496 Central Avenue, 319 Winthrop Street and 451 Irving Avenue.

Marcus & Millichap announced the sale of 132 54th Street, a 35,500 s/f industrial property located in Brooklyn, for $15,250,000. Jakub H. Nowak and Jake Torre represented the seller, a limited liability company. The buyer, a private investor, was also secured and represented by the team. The sale price equates to approximately $426 psf.

NAI James E. Hanson negotiated the sale of a 20,000 s/f industrial building at 143 Leuning St. in South Hackensack, NJ. Russell Verducci and Eric Demmers represented the buyer, City Knickerbocker, in the transaction with Schmidt Realty Company, LLC. Family owned and operated for over 100 years, City Knickerbocker has provided antique, reproductions and contemporary lighting fixtures to the television, movie, and theater industries, as well as many businesses and residential customers all over the world. Previously based at 665 11th Avenue in New York City, City Knickerbocker tapped NAI Hanson to help them secure a long-term home in northern New Jersey that could promise the same level of accessibility they enjoyed in their previous location at a lower cost. Located just off of Interstate 80 with access to Route 46 and the New Jersey Turnpike, 143 Leuning Street has 17,500 s/f of industrial space and 2,500 s/f of office space, one overhead door and two drive-ins.

• A 149,000 s/f mixed-used property located at 25 Enterprise Ave North in Secaucus, NJ. The exclusive off-market transaction was originated and sourced in a collaboration between CBRE’’s largest New Jersey industrial group and the firm’s Investment Properties team. EverWest Real Estate Investors and a Colorado-based investment fund partnered on the acquisition from Glenmore Management and subsequently retained CBRE to oversee leasing at the facility. The CBRE Advisory and Transactions Services team of Kevin Dudley and William Waxman worked with colleagues Elli Klapper and Charles Berger of the firm’s Tri-State Investment Properties team in negotiating the sale on behalf of the buyer. The seller, Glenmore Management, represented themselves.

• The $8.8 million acquisition of a 154,824 s/f industrial property located at 500 Halls Mill Road in Freehold, NJ, by Treetop Development. CBRE will continue to exclusively represent the investor in additional acquisitions throughout New Jersey. In addition to the sale, CBRE has been retained to oversee the leasing at the property. Elli Klapper and Charles Berger, along with the CBRE Advisory and Transactions Services team of Kevin Dudley, David Gheriani, Robert Pine and Justin Passaretti, represented Treetop Development in the negotiations. 500 Halls Mill Road is a 154,824 s/f single-story industrial facility on 19.02 acres of land. The property offers access to Route 9 and Route 33 and is 14 miles to the New Jersey Turnpike, eight miles to the Garden State Parkway and surrounded by office, residential and prominent shopping centers. Treetop plans to redevelop the site to create a new, state-of-the-art cross dock facility of approximately 200,000 s/f with 36-foot clear ceiling heights.

Cushman & Wakefield arranged for the sale of 1000 Woodycrest Avenue, a 17,200 s/f development site in The Bronx. The final closing price was $1.125 million, equating to approximately $65 psf. Jonathan Squires, Robert Shapiro, Josh Neustadter, Michael Fioravanti, Addison Berniker and Shayne Soltan represented the seller. 1000 Woodycrest Avenue is a corner 50 by 100 ft. residential development site located within a Certified Opportunity Zone three blocks from Yankee Stadium. The property is steps away from the 161 st Street subway station with access to the B, D and 4 lines and proximate to the Major Deegan Expressway.

Acting as the exclusive listing broker, Angel Commercial LLC, has sold a parcel of industrial land totally 23.35 acres in Orange, Connecticut, for $7,366,650, announced Jon Angel, president. Previously owned by Indian River Road LLC, the property is located between Indian River Road and Edison Road, and adjacent to PEZ Manufacturing Inc. The site is situated in a prime commercial area with immediate access to I-95 and is near the FedEx building currently under construction.

The Tri-State Investment Sales group for Avison Young announced the sale of a 10,438 s/f vacant office condominium occupying a portion of the 8th floor of a 13-story office building at 20 West 33rd Street between Fifth Avenue and Broadway. Local 372, the union representing nearly 25,000 of New York City’s Board of Education employees, purchased the office condo for $9,289,820. James Nelson along with David Lawrence and Carter Lovejoy, represented the sellers, which included 60 Guilders. David Stringer and Megan Hait of Halstead represented Local 372. The office condo is located steps from Penn Station, Herald Square, the Port Authority, Grand Central Terminal, the PATH train and 16 subway lines.