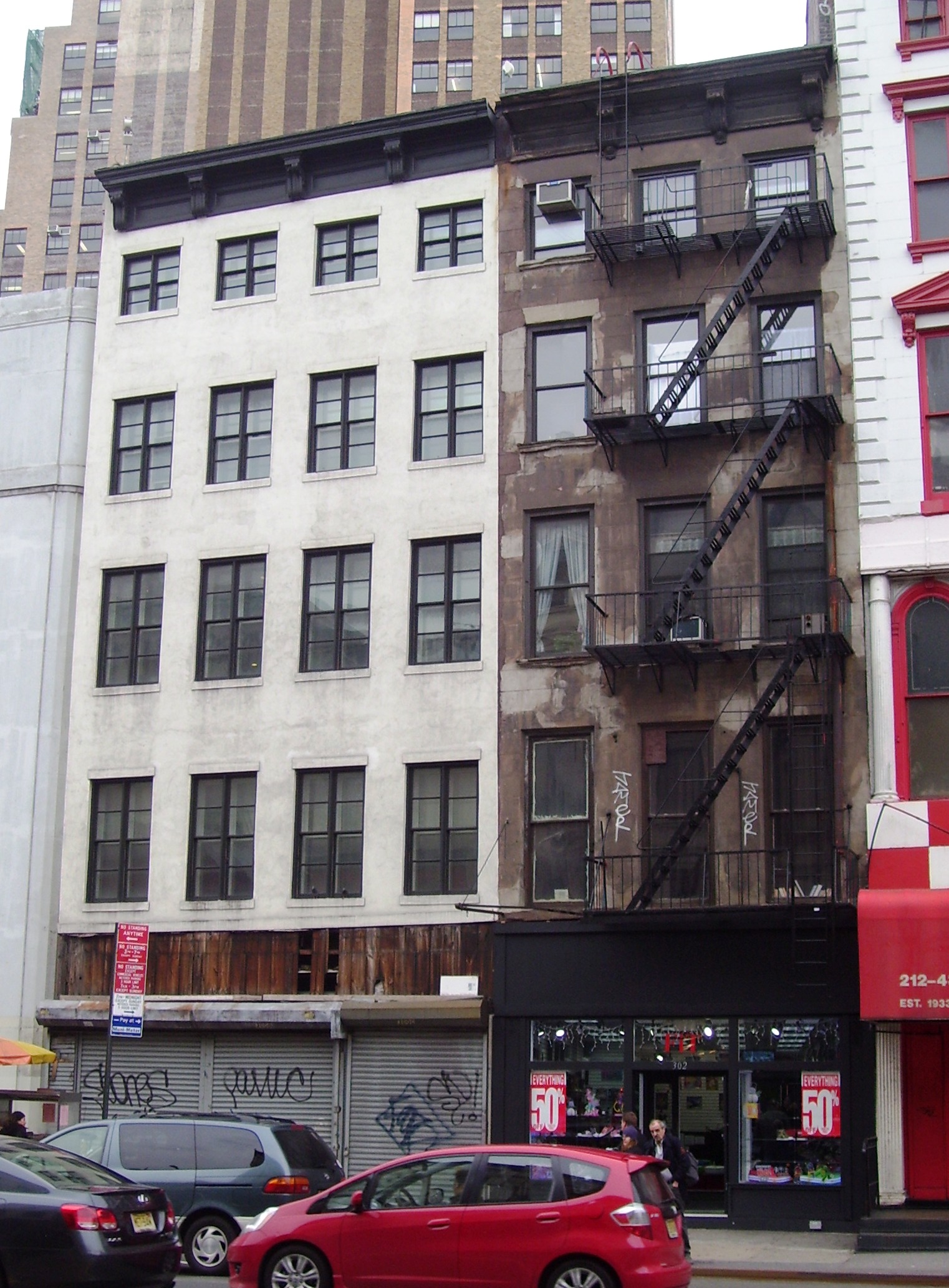 Cushman & Wakefield has been retained to arrange the sale of 302 Canal Street, a five story mixed-use building with with 6,766 buildable-square-feet, in TriBeCa. The asking price is $8,790,000. A team led by Maurice Suede, Robert Burton and Bobby Carrozzo will represent the seller. Located on Canal Street block-through to Lispenard between Church Street and Broadway, the building features over 18 ft. of frontage on Canal Street and Lispenard Street. The current retail tenant, GNC, has a lease until December 2023, paying $18,500 per month. The second floor is configured as a live-work space, while the 3rd through 5th floors are arranged as one and two bedrooms.

GFI Realty Services has been named the exclusive sales agent for 665 St. Marks Avenue, a 21-unit multifamily property located in Crown Heights, Brooklyn. Shlomo Antebi will be marketing the elevator building with pricing targeted at $7.5 million. Constructed in 1900, the five-floor building totals 17,790 s/f, and is comprised of six one-bedroom units and 15 two-bedroom units. Five of the apartments are free-market units. Most of the remaining 16 units are rent-stabilized. Located between Rogers and Nostrand Avenues, the building is blocks away from the Brooklyn Museum, the Brooklyn Botanic Garden, and the Brooklyn Children’s Museum.

RM Friedland announced that Marco Lala has been retained to sell a vacant mixed use building located at 178 West Lincoln Avenue, Mount Vernon, The asking price is $995,000. The property is a brick, mixed-use building located on the west side of West Lincoln Avenue just south of Elm Street. The owners are in the process of getting approved plans for rehabbing and configuring the property into seven apartments and one retail space. The proposed layout will include three 3-bedroom units,three 2-bedrooms and one 1-bedroom. The ground floor commercial space will include a wheelchair ramp making it a suitable for a neighborhood retail, community use, medical, government or non-profit tenant.

EMH Commercial Realty announced the sale of 554 Gates Ave for $1,637,500. The property is a redevelopment site in the Bedford-Stuyvesant section of Brooklyn. Aaron Lunzer negotiated the transaction. Currently, a thee-unit building, is offers an additional 3,589 s/f of air rights for a total of approximately 7,476 s/f for residential development. The owner plans on utilizing the air rights to redevelop the building. Property is situated midblock between Tompkins and Throop Ave with access to bus lines and walking distance to trains.

Kassin Sabbagh Realty announced the sale of a retail condo at 1410-1418 Lexington Avenue on the Upper Eats Side for $6.2 million. Currently home to a chocolate shop and a dry cleaner, the 5,000 s/f space was sold by JBL Associates, which developed the site in the 1990s, to the Zar Group. Bunny Escava and Jeffrey Znaty of Kassin Sabbagh Realty brokered the sale. With 100 feet of frontage on Lexington Avenue, the building is at the corner of East 93rd Street.

Venture Capital Properties brokered the sale of 279-281 Evergreen Avenue in Bushwick for $1,325,000. The multi-family building contains six residential units, two of which were delivered vacant in excellent condition. The remaining four units are rent stabilized. The Rosilio family purchased the building in order to satisfy the family’s 1031 exchange and intend to keep it as a long-term hold. Jacob Stavsky, Kevin Darouvar and Roy Oskar of Venture Capital Properties represented both sides in thetransaction.

Invictus Property Advisors announced the following sales:
• 22 West 90th Street on the Upper West Side sold for $6,700,000. Built in 1930, the 6,156 s/f, four-story multifamily property contains 10 newly-renovated apartment units. The sale price equates to $1,088 psf and a 4 percent cap rate. Invictus Property Advisors’ Josh Lipton and Andrew Levine represented both the seller, Dana Lowey, and the buyer, Moses Abraham’s Sadoro LLC.
• 1114 Fulton Street, a 2-story office/retail property in the Bedford Syuvesant neighborhood of Brooklyn, sold for $2 million. Built in 2004, the 2,960 s/f property sold for $675 psf at a cap rate of 5.3 percent. The asset is located with an R6 zoned area offering future redevelopment potential as well as NNN Retail once the current leases expire. Josh Lipton and Andrew Levine represented both the seller, Mike Moselum, and the buyer, Patrick Kim.

Highcap Group announced the sale of 246 East 199th Street in the Bronx, Josh Goldflam, principal, along with sales associate Jonathan Bichoupan arranged the sale for $8,250,000. The seller was the Turuk family, and the buyer was MB Capital Asset Management. The corner walk-up apartment building was originally built in 1923, and has been owned by the Turuk family for the past 45 years. It is located on the corner of East 199th Street and Briggs Avenue and boasts 100 ft. of frontage on both streets. The 42,000 s/f building consists of 47 residential apartments with a mix of one, two, and three bedrooms and an average rent of $1,469 per unit. The property is a short walk to the B & D subways, Fordham University and the New York Botanical Gardens. The sales price equates to 12.6 times the gross rent roll, a 4.7% capitalization rate, $175,000 per apartment, and $196 per square foot.