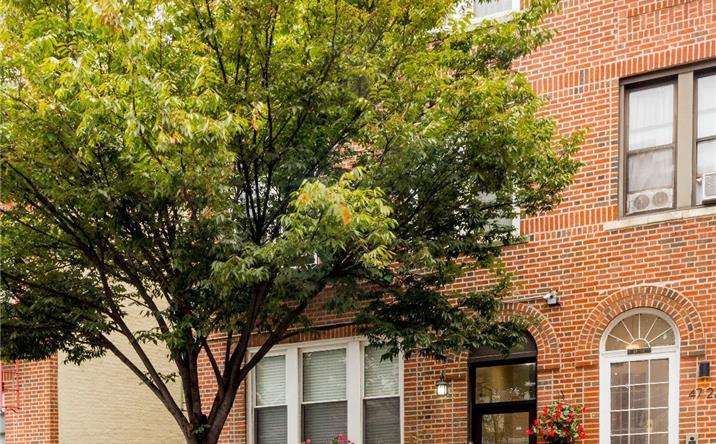 Besen & Associates announced that Brandon Serota and Greg Corbin, of The Corbin Group, have been retained exclusively to sell 47-26 46th Street, Sunnyside, Queens (pictured top) Built in 1928, the three-story walkup has six apartments and a basement unit and consists of 4,920 s/f. Located between 47th & 48th Avenues, it has a private driveway and rear garden. Four of the 6 units have been fully renovated and over $200,000 has been spent on interior and common area upgrades. The property will be delivered with four units vacant (3 plus basement). Asking Price is $2,600,000.

RM Friedland announced that Marco Lala and his team have been retained to sell the following properties:
• 2925 & 2931 Westchester Ave, Bronx, NY The subject property consists of almost an entire full block of retail and office and is located in front of the MTA #6 Train Buhre Avenue Station at the intersection of

Westchester Avenue, Buhre Avenue and Crosby Avenue. These multiple buildings total 29,700 square feet and sit in an R7-1 / C2-2 zone which may allow for the construction of a 103K square feet mixed use property (with a community facility). Asking price is $9 million.
• 4635-4637 White Plains Rd, Bronx, NY. The subject property is a one story, 2,280 square foot retail building located steps away from the East 241st Street and White Plains Road MTA #2 Train Station. Current tenants include a barber on a month to month lease and a Silver Crust bakery/restaurant which is still working toward a grand opening. The property sits in and R6 zone with a C2-2 overlay which would allow for 8,964 Square feet of residential and retail development (19,930 SF with community facility. Asking price is $900,000
• 2110 Arthur Ave, Bronx, NY The subject property is a 27 unit walk-up apartment building located on the east side of Arthur Avenue just north of 180th Street. The building is currently running on gas with dual fuel boiler. There is also a 1,500 gallon above ground and encased oil tank (#2 oil). 2110 Arthur Avenue’s features include: cameras, intercom system, silver coat rubber roof, glass door, steal and marble stairs, tile floor throughout lobby, new gas lines/meters, and new lintels. The roof top cell site’s income stream was sold off but will revert back to owner within the next four to five years. Transportation in the area includes the Tremont Metro North Station and local bus service along 180th Street. Asking price is $4,900,000.

Friedman-Roth Realty Services has been appointed exclusive broker for the sale of 518 East 83rd Street in on the Upper East Side. The five-story walk-up is located between East End Avenue and York Avenue. It contains 20 residential apartments and encompasses a total of 8,120 s/f. The asking price is $8,200,000. Marc Hershberg is handling the assignment for Friedman-Roth.

Ariel Property Advisors announced the sale of 1420 Dekalb Avenue, a multifamily building in Bushwick. The property sold for $1.6 million, which translated into $340 psf and a projected cap rate of 4.5%. The 6-unit

residential building, which totals 4,700 ss/f, is located between Wilson and Knickerbocker Avenues. Three of the apartments were delivered vacant. The property was owned by the same entity for 15 years. Exclusive agents Daniel Tropp and Jonathan Berman represented the seller, an out-of-state landlord, and procured the buyer, a private investor.

Bestreich Realty Group (BRG) announced the following sales:
• 59-16 67th Avenue, a 4-unit multifamily building in the Ridgewood section of Brooklyn for $1,175,000. The 3,850 s/f property features 4 railroad units and has air shafts in the middle of the building on either sides. The property is built 26.5 by 70 ft. with a 10 by 7 ft. extensions in the rear of the property on all floors. Brian Davila, Steve Reynolds, Tom Reynolds, Derek Bestreich of BRG represented the purchasing entity.
• 632 Humboldt Street, a 4,750 s/f development site in the Greenpoint section of Brooklyn. The lot measures 23.75 ft x 100 ft. The final closing price was $1,360,000. Hakeem Lecky, Luke Sproviero, Donal Flaherty and Derek Bestreich lead the marketing efforts on behalf of the sellers.
• 2065 Fulton Street in the Ocean Hill section of Brooklyn for $1,450,000. The property features 3 floor-through three-bedroom units and 1 commercial unit on the ground floor. It’s built approximately 20 by 50 ft. which equates to $344 psf. Toby Waring, Steve Reynolds, Brian Davila and Derek Bestreich represented the purchasing entity.

Cushman & Wakefield announced that the firm has arranged the sales of three Queens properties. A team led by Senior Managing Director Stephen R. Preuss represented the sellers in all marketing efforts.
• 1326-1342 Beach Channel Drive, located in Far Rockaway, is a 5,736 s/f, seven-unit retail strip with 115 ft. of frontage on Beach Channel Drive. The existing tenants operate as a pizzeria, a restaurant, deli and grocery store, hair salons and a barber shop. The property is near the A subway station at Mott Avenue and the Far Rockaway LIRR Station. It was sold by Beach Channel 12, LLC / 1326 Beach Channel Realty Corp. and purchased by Deer Grow Developments. The final closing price is $3 million, equating to $535 psf.

• 44-61 11th Street, located in Long Island City, is an approximately 18,500 s/f, three-story retail and office building encompassing the entire blockfront on the east side of 11th Street between 45th Avenue and 44th Drive. The building is fully-leased with four separate tenants. The property allows up to 32,000 buildable square-feet for residential development and has up to 13,500 s/f of air rights. 44-61 11th Street was sold by Bettina Weil and purchased by Head of Pond, LLC. The final closing price is $10.5 million, equating to $568 psf.
• 19-57 Steinway Street is a 10,000 s/f, single-story warehouse located in Astoria. The property features 16 ft. ceiling heights, four drive-in roll-up gates and a month-to-month tenant currently in place. The property is located near the Grand Central Parkway, Brooklyn-Queens Expressway and multiple bus lines. The property’s seller was 19-57 Steinway ST, RTY CP and it was purchased by J&N Development, LLC. The final closing price is $4.55 million, equating to a record-breaking $455 psf.
•••
NAI James E. Hanson announced the sale of a 2,200 s/f commercial building at 217 Hamburg Turnpike and a 1,200 s/f two-family home at 219 Hamburg Turnpike in Bloomingdale, NJ. LJ Koch represented the seller, Waldo, LLC. 217 Hamburg Turnpike served as the home of Walker’s Deli for many years. The new owner plans to make renovations to the building and reopen as a high-end café. The new owner will make improvements to the free-standing two-family home at 219 Hamburg Turnpike to generate additional income from apartment leasing.