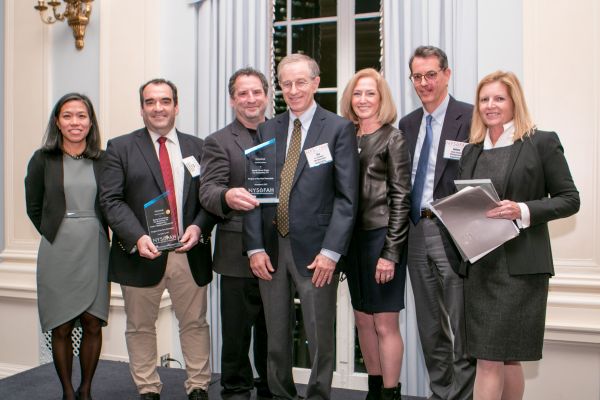 Affordable housing is in critically short supply, not only in New York but nationwide, and Jolie Milstein wants everyone to know it.

In fact, if she has her way, it’ll be a talking point in the next presidential election.

“We haven’t had candidates that have made it a priority and for a lot of the people who influence campaigns, it’s not an immediate, personal issue,” Milstein said during a recent conversation with Real Estate Weekly. “But as this crisis expands, it’s affecting urban dwellers whether you’re low income or not.

“The crisis is reaching up to middle-income wage earners, teachers, firefighters, people who serve our cities are being squeezed out and are not able to live close enough to make it a reasonable job option,” she added, “and that’s affecting everyone.”

Jolie Milstein is the president and CEO of the New York State Association for Affordable Housing, also known as NYSAFAH, the trade organization for affordable housing developers in the state. Like REBNY, it represents the interests of the real estate community, except it speaks only for companies that build projects that receive some type of government subsidy to create income-restricted homes.

Starting this month, Milstein will write a biweekly column for Real Estate Weekly, in which she will explain the nuances of the affordable housing crises, it’s causes and effects, as well as a few potential solutions. Her goal, she said, is to show just how intertwined affordability is with the broader real estate market.

“Our goal with the column is to provide the industry’s perspective on some very complicated calculations of how we solve the crisis,” she said. “We hear a lot from communities about what they need but I think there’s a disconnect about what’s possible given limited resources and what are priorities that have to be balanced across all the different interest groups.”

Most of the problems the group attempts to address have implications for whole cities, regions and even other states, as NYSAFAH helped spur the creation of the nationwide Council of Independent State Housing Association.

State and local policies on seemingly unrelated topics, such as the regulation of Airbnb or certain construction requirements, can have profound impacts on the creation of affordable housing, Milstein said, which, in return, can have crippling effects on a city’s productivity.

“We’re not here just to represent the interest of the very low income or the community that’s building the housing,” she said. “I came out of economic development in New York City and my policy goals there were really to make the city better for everyone and I still believe that’s part of the role of this organization, not just affordable housing but affordable housing in the context of a very complicated metropolis.”

“Although it may seem a million miles away, many of the issues intersect, overlap or in some cases dominate what is going on in the rest of the real estate market.”

Prior to arriving at NYSAFAH in 2014, Milstein had an eclectic background that occasionally intersected with affordable housing.

During her career, Milstein, who also has a Master’s of Public and Private Management from Yale University, often dabbled in housing, as a commercial and residential mortgage investment banker at First Boston Corporation and again in leadership roles in the field of economic development in New York City and Ulster County.

Her official introduction into the world of affordability, however, did not come until Praxis Housing asked her to be an in-house developer in 2008, a position she held for six years until NYSAFAH recruited her.

“It seems to chase me through everything I do,” Milstein said of her varied housing practices. “I think the diversity of my work experiences have been a great help in having this job because I can see things from the point of view of many of the disciplines involved in creating and maintain affordable housing.”

While NYSAFAH has raised its own profile, attracted a broader spectrum of members and brought greater attention to the harsh realities facing the industry since Milstein took the helm in 2014, she said she still has to battle against misconception as basic as what constitutes affordable housing.

“Really, the biggest misunderstanding, even with all of the publicity, is what exactly is affordable housing,” Milstein said. “How is it made? Who can live there? How’s it paid for? If people’s tax dollars are going toward affordable housing, they should understand it.”

During the past four years, Milstein has attempted to address these questions and shine a spotlight on other issues in her industry by visiting communities and expanding physical outreach. Yet, she said, too often NYSAFAH’s message has become trapped in an echo chamber.

“We talk to each other all the time but we don’t have a chance to explain to the broker community or the other broader market rate industrial development organizations, what’s going on in the affordable housing world,” she said.

“Although it may seem a million miles away,” she added, “many of the issues intersect, overlap or in some cases dominate what is going on in the rest of the real estate market.”

Construction industry rethinking how to get kids back into the trades