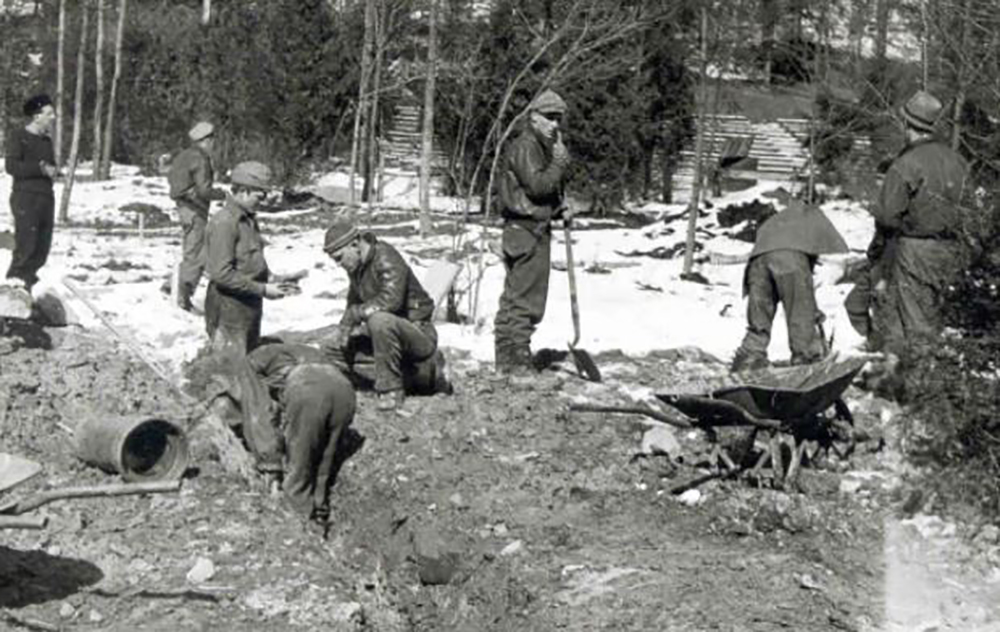 Mayor Bill de Blasio is taking a leaf out of the FDR playbook to help the city recover from the corona virus pandemic.

Roosevelt established the Civilian Conservation Corps, or CCC, in 1933 as part of his New Deal legislation, combating high unemployment during the Great Depression by putting hundreds of thousands of young men to work on environmental conservation projects

“Building a recovery for all of us means creating thousands and thousands of jobs that will make our city a safer and more beautiful place to live, work, and play. That mission has never been more important. Together, we will deliver the kind of recovery that New Yorkers deserve.”

“The CCC will supercharge our recovery and help us rebuild a fairer and better city for New Yorkers in every community.”

Funded by money from the federal stimulus passed by President Biden, the new CCC will hire 1,000 workers this month; More than 7,700 positions will be posted in July and build to 10,000. Hiring will take place across 10 different City agencies, including Department of Parks & Recreation (Parks), Department of Transportation (DOT), New York City Housing Authority (NYCHA) and Department of Environmental Protection (DEP).

The CCC will immediately get to work revitalizing New York City’s public spaces and neighborhoods, beautifying parks and green spaces, and bringing art to the city’s open spaces. This will include a citywide graffiti removal campaign, pressure washing sidewalks, designing murals, tending to community gardens, and maintaining Open Streets.

The CCC’s work will focus on key areas identified by local communities and elected officials, business districts, and the 33 neighborhoods hit hardest by the COVID-19 pandemic as identified by the City’s Taskforce on Racial Equity and Inclusion.

“In a time of massive job losses in New York, we need an ambitious plan that will put our city back on track to recovery, and that’s exactly what the City Cleanup Core initiative will accomplish,” said Senator Andrew Gounardes.

“Beautifying our parks and spaces, and cleaning our streets throughout the pandemic have been a labor of love for so many New Yorkers, who have volunteered their time, especially across my district. Now we can truly double down on having cleaner neighborhoods that we can be proud of while getting thousands of New Yorkers back to work. The City Cleanup Corps is great news for our City as we work to recover from this pandemic,” added Council Member Francisco Moya.

“Quality of life and neighborhood cleanliness are top priorities for my constituents. The City Cleanup Corps will not only help to beautify the city, but create jobs in the process—a win-win,” said Council Member Keith Powers.