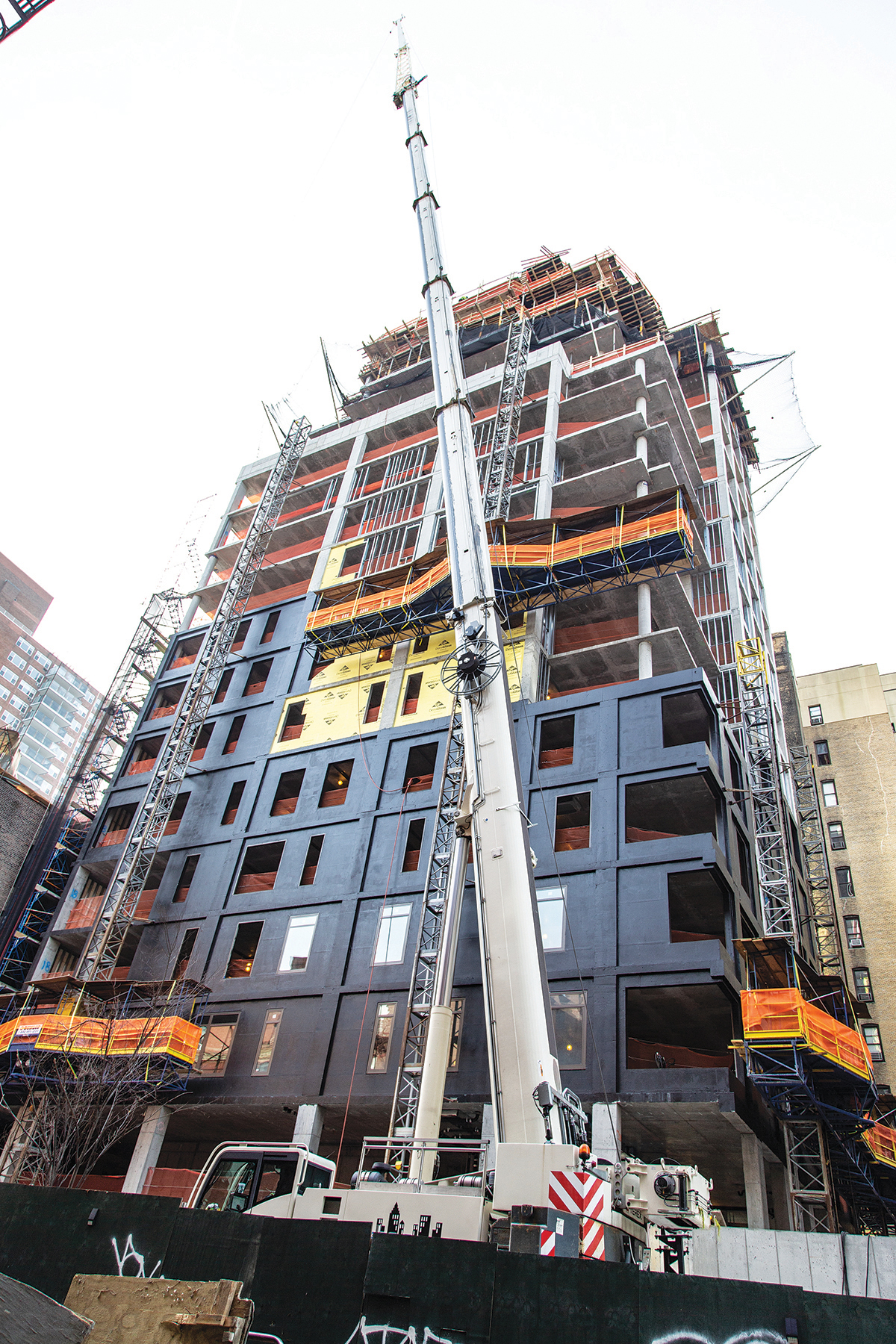 New York City needs more housing and more affordable housing. The 421-a property tax exemption program, currently the single most important program for NYC housing production, will expire on June 15, 2022, and is not expected to be renewed. Now is the time to establish a new and improved program to incentivize construction of rental, coop and condominium apartments, on terms that deliver real public benefits (affordable housing, construction jobs, building service jobs) and which offset the considerable expenses of developing housing in NYC
(a reasonable property tax exemption), all without requiring any cash outlay by government.

Developers of new residential properties in New York should act now to lock in tax incentives provided under the city’s current 421-a program a/k/a The Affordable New York Housing Program or “ANYHP” before they expire on June 15, 2022. NYC needs the uninterrupted
residential developments, including critically important affordable housing units, that are incentivized under this program.

421-a of the Real Property Tax Law was first enacted in New York on July 1, 1971, to provide tax exemptions for any new construction on under-utilized or vacant land. The successful program has promoted the construction of nearly half of all new residential units built in New
York since 2010, and some 200,000 apartments remain affordable today because of the program.

The program has been renewed in various forms several times since it was first established, the last time in 2017 following a 16-month gap which made it nearly impossible for developers to underwrite or build mixed-income housing. The creation of affordable homes by private developers virtually ground to a halt before 421-a was re-enacted as ANYHP with the addition of
a benchmark construction labor agreement (for very large projects) for the first time in the program’s history and with a requirement that every project include a significant percentage of affordable units.

Now, ANYHP is about to sunset, and without a renewed version, history could repeat itself at a time of critical need for affordable housing.

This Month, Gov. Kathy Hochul proposed legislation to replace the sunsetting program. However, legislators have a history of allowing the 50-year-old incentive for affordable units in new ground-up developments to expire without replacement.

That’s why Gov. Hochul should be applauded for acting so early in the legislative session to propose replacing 421-a with a proposed version – Affordable Neighborhoods for New Yorkers, or ANNY for short. ANNY adds a new section 485-w to the city’s Real Property Tax law, replacing and updating aspects of the expiring 421-a program.

ANNY provides critical property tax incentives for residential developers to build affordable housing and does so with several key differences from the expiring 421-a program: For rental projects, compared to the expiring 421-a program, ANNY incorporates deeper affordability requirements with more units affordable at lower rents and income levels and it eliminates affordable rental project options above 90% of NYC’s area median income. ANNY also ties the length of the affordability period to the size of the development – larger rental projects with 30 or more units would be required to maintain affordable units permanently while smaller projects would retain affordable units for 35 years. The new proposal also maintains construction worker pay protections from 421-a and redefines neighborhoods most in need of more affordable housing options as Prime Development Areas (PDAs). ANNY also contains an option for 100% affordable homeownership projects to receive a property tax benefit — much more useful than the current 421-a program option for homeownership projects.

Although ANNY is not without issues, Gov. Hochul has advanced a replacement program that promotes deeper affordability while balancing key provisions that justify participation by developers. ANNY asks more of developers than the current program, but it is certainly
something that New York developers could rely on to underwrite their new construction projects.

It is vital that Gov. Hochul, the State Legislature and Mayor Eric Adams unite in the effort to replace the expiring 421-a program with incentives for new construction as well as for the conversion of underutilized hotel and office space into new housing. Without ANNY or a similar program, developers cannot afford to build multi-family rental housing with a significant below-market, or affordable, component on a scale New York needs to address its housing needs.
Developers, along with their lenders and other stakeholders, need certainty to invest, and any gap
in the program will undoubtedly disrupt the pipeline of residential projects, starving the city of new housing and new affordable housing at a time when it is struggling to rebound from the worst global crisis in recent history.

The coronavirus pandemic has laid bare the shortcomings of New York’s expensive and highly
regulated housing construction environment. The failure to replace the 421-a tax abatement would further exacerbate the crisis. Unless the Legislature wants housing construction to stop after June, a replacement program is needed. Without providing incentives that acknowledge developers’ costs and which ask for a reasonable public benefit (affordable housing and labor
considerations), many developers will simply stop purchasing development sites, applying for new building permits or developing new housing.

We are still some months away from NYS legislative approval of ANNY, or indeed any other iteration of the current 421-a abatement. In the meantime, the introduction of ANNY offers a glimmer of hope that there will be a viable residential tax incentive program that strikes a balance for both developers and affordable housing advocates.

Reasonable incentives from government can and should be used to spur private developers to build more housing and to help provide just what Gov. Hochul intended: affordable neighborhoods for New Yorkers.