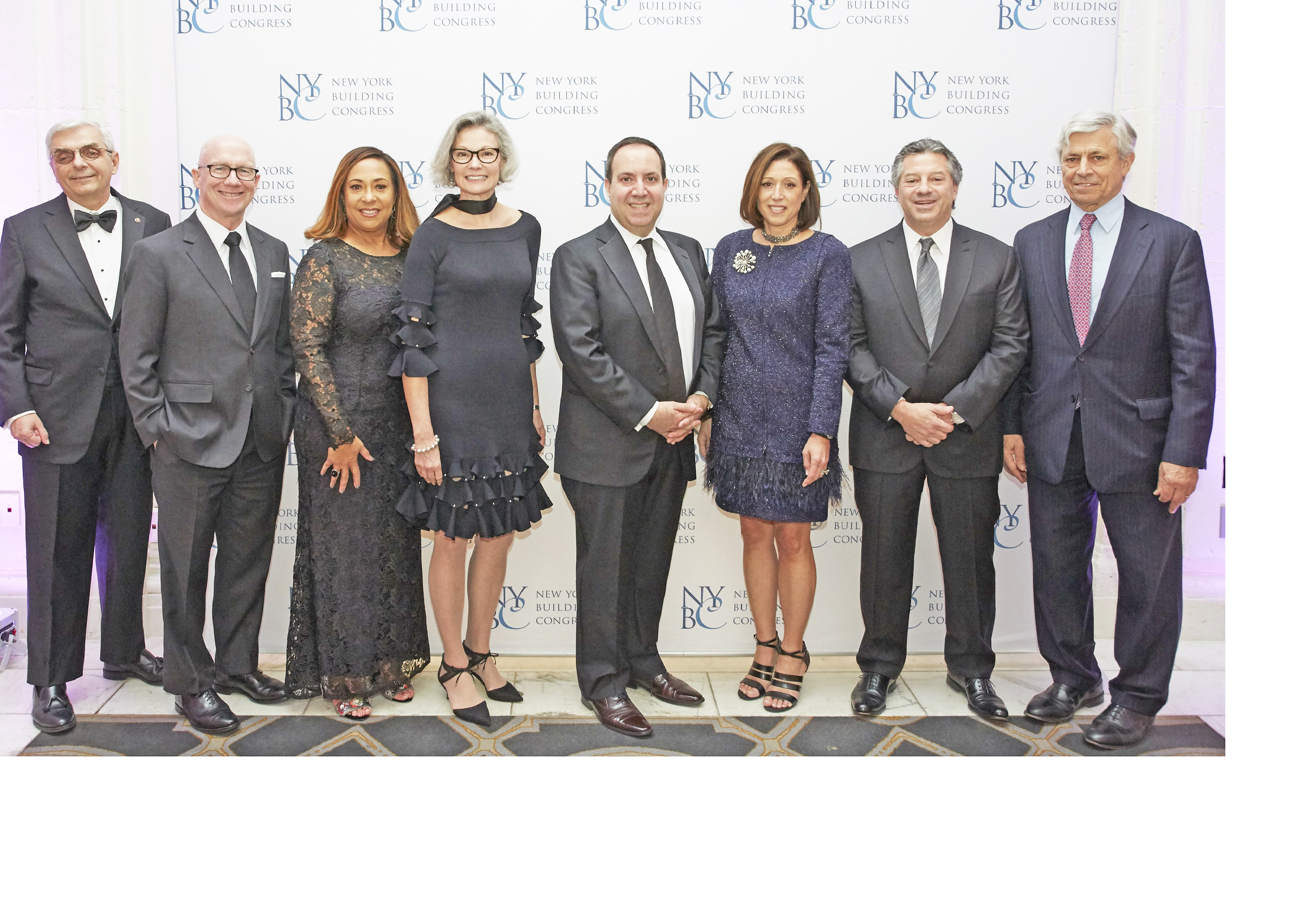 NYBC salutes best in the building community at annual gala

Over 1,000 members of the building community gathered to pay tribute to four industry legends at the New York Building Congress 2017 Industry Recognition Gala at the Grand Hyatt in Manhattan.

The Port Authority of NY & NJ Executive Director Rick Cotton was honored with the George A. Fox Public Service Award.

In his first Gala since taking over as President and CEO of the Building Congress, Carlo A. Scissura began the program by discussing the strength of the construction industry and the role of the building community in the growth of the city’s economy.

Holliday presented the evening’s first Industry Recognition Award to Kasirer, who he described as a “force of nature and icon within our industry.”

He highlighted her pivotal role in some of the city’s largest projects, including the construction of the Cornell Tech campus, Delta terminal at JFK Airport, and Barclays Center and the renovation of Madison Square Garden, and praised her abilities in helping government and the private sector find common ground.

“Throughout her career, Suri has exemplified leadership and demonstrated an unwavering passion for her work. It is for these efforts that she is receiving a 2017 Industry Recognition Award.”

Dominick Servedio, Executive Chairman of STV Group and Past Chairman of the Building Congress, presented the second Industry Recognition Award to Kelly.

Ric Clark, Chairman of Brookfield Property Group and Brookfield Property Partners, presented the third Industry Recognition Award to Kanner, with whom he has worked for more than 30 years. “What’s most striking is the enormous imprint Sabrina has made along the way, not only on Brookfield, but on the physical landscape of New York City and other major cities around the world, on the industry and on the Building Congress,” Clark said.

Kanner highlighted the importance of the Building Congress as a forum for the discussion of industry-related issues, saying, “We count on the New York Building Congress to be the voice of the industry in City Hall, Albany, and in Washington so that we will be heard, so that our agenda finds the right audience and so the city we love moves forward and grows stronger.”

Galioto presented Cotton with the 2017 George A. Fox Public Service Award for his work on such major infrastructure priorities as LaGuardia and JFK Airports, the Moynihan Train Hall and Penn-Farley Complex, the expansion of the Javits Center, and the MTA’s Second Avenue Subway project.

Cotton said that the recent completion of major projects, including the Tappan Zee and Koskiuszko Bridges, were done to the credit of the entire building community.