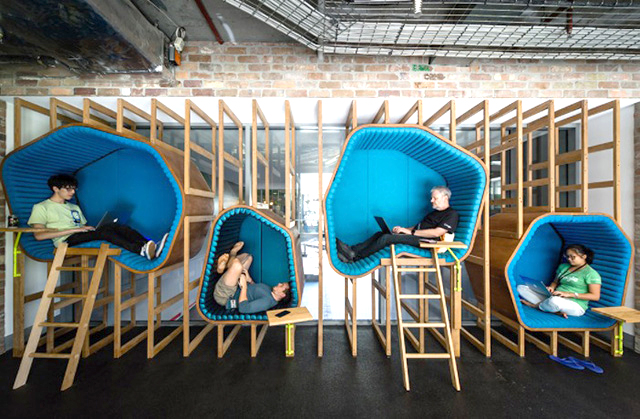 Over 300 industry leaders gathered at The Times Center to explore the various ways building has evolved and the promising trends of the future, as well as convene discussions about ways to create real change and build smarter, faster and bolder in today’s construction environment.

“The vision of the Building Congress has always been to lead the charge in innovation, so that New York can continue leading the way in design and construction around the world,” said Carlo A. Scissura, New York Building Congress President & CEO.

“As we look toward our 100th anniversary, our job is to foster a new level of innovation, and the ASCEND conference is the centerpiece of this goal, aimed at tackling challenges, creating opportunities and showcasing the technology and best practices that will help New York grow and prosper.”

“Our real task as New Yorkers has always been whether we can embrace long-term positive change in the face of short-term costs,” said Aggarwala. “Part of the importance of conferences like the New York Building Congress’ ASCEND is that it can stimulate an appetite for change, which can result in massive contributions to New York.”

The day consisted of several panels on a range of topics facing the building industry today, such as cutting-edge technologies, diversity in the industry, and sustainability, among others. Panels included:

PAU Founder Vishaan Chakrabarti delivered a keynote address that challenged building and construction leaders to look inward and reflect on how the industry interacts with community organizers, providing Domino Park as an example of a development that welcomes the neighborhood inside.

Yale School of Architecture’s Phillip Bernstein also delivered an address on how to improve project delivery innovation in New York City, focusing on an outcome-based delivery model that takes advantage of the high level of talent and technical sophistication present in the region.

ASCEND 2019 concluded with a presentation by Google’s Architect in Residence, Michelle Kaufmann. Google has historically been a leader in innovative office spaces aimed at inspiring employee productivity, health, and happiness.

Milo E. Riverso, Building Congress Chairman and President and CEO of STV Group, said, “We have very unique issues here in New York and part of solving them requires coming together at a conference like ASCEND to find innovative ways to improve our infrastructure system, build a better New York, and leave less of an environmental footprint on this earth.”

Scarangello closed the event with a call to action, saying, “ASCEND is showcasing some of the premier innovations in New York and is a driving force for progress in our industry. While there is still work to be done, it is important to remember that we are making progress, and hopefully with more meetings and discussions like this, progress will accelerate at even quicker pace.”