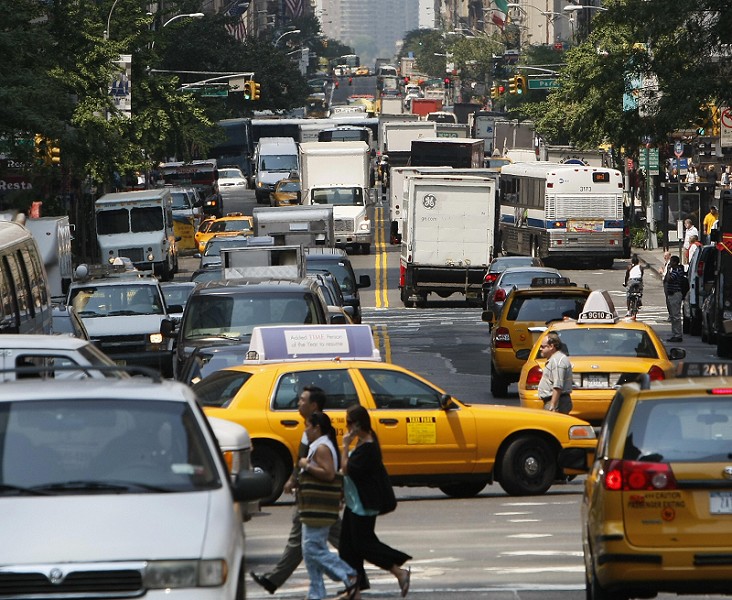 The American Society of Civil Engineers has graded American bridges a D+ and roads a D-, demonstrating the extent to which infrastructure is deteriorating.

According to the Building Congress, fixing America’s ailing infrastructure will require the investment of more than $3 trillion to both bring systems to a state of good repair and accommodate population growth.

NYBC believes that any path forward on the issue must increase direct federal funding in a range of infrastructure sectors over the next 10 years in order to achieve a $1 trillion federal investment.

Its funding plan proposes raising the Gas Tax, a solution considered a front runner for funding any infrastructure plan. According to the NYBC, most politicians agree that the time has come to increase the gas tax in order to keep the Highway Trust Fund solvent and provide revenue for new transportation projects.

Issue Infrastructure Bonds could provide short-tmer leverage to get large infrastructure projects underway. “By issuing bonds backed by the projected revenue of long-term solutions, the federal government will deliver the vital capital needed to jump start infrastructure revitalization across the country,” says NYBC.

Streamlining the Permitting Process: Different estimates suggest that regulatory hurdles can add years to a project’s timeline and often contain unneeded or even duplicative steps. By making this process more efficient, the federal government could cut down on both delivery time and costs, according to the Building Congress. Multiple states have already passed their own gas tax increases and have shown that there is consensus on the issue.

NYBC also supports Congestion Pricing. President Carlo Scissura saod, “New Yorkers deserve a world-class transit system that is reliable, safe and efficient. Sustained investment in infrastructure is a win for all of New York – it creates good jobs, improves the quality of life for residents, and helps neighborhoods across the five boroughs thrive – and congestion pricing is the best way to secure this funding.”

Finally, the NYBC plan include changes to the Tax Code that could include rolling back tax loopholes, fixing parts of the Tax Cuts and Jobs Act, or implementing new taxes in order to use the revenue for infrastructure investment.