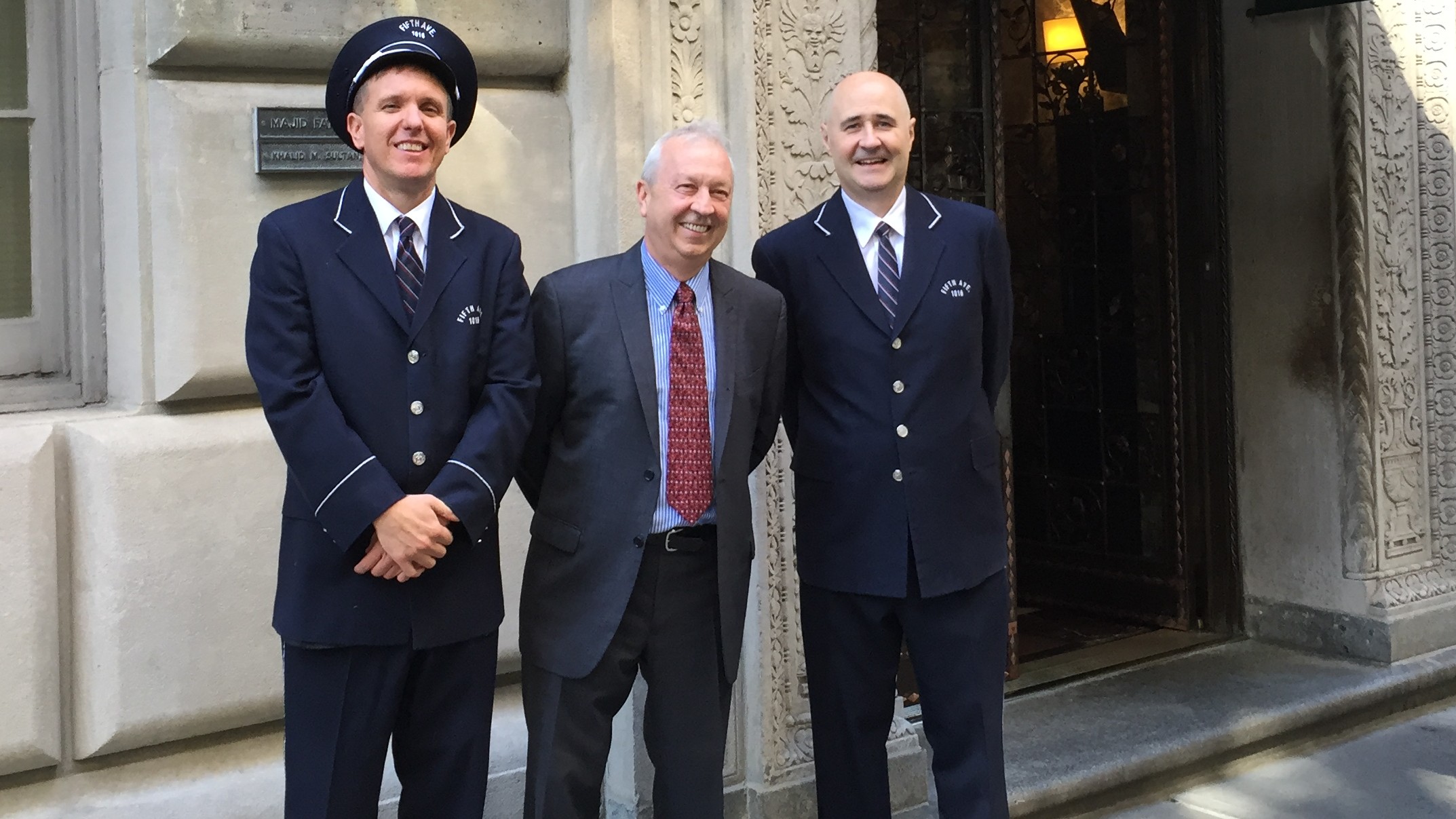 The New York Association of Realty Managers (NYARM) has given top honors to two of Douglas Elliman’s managers.

Declan Hennessy has been named Resident Manager of the Year, and Peter Rufli was honored for his management of Emergency Response Teams. Both men received their awards at a reception following the NYARM Expo last month.

Hennessy is Resident Manager at 1016 Fifth Avenue, a 55-unit co-op where he has worked for 23 years. Rufli has been Resident Manager at the 65-unit 784 Park Avenue co-op, since 2005, and teaches courses at the Community Emergency Response Team (CERT) organization.

Hennessy said he has seen many changes in the management industry over the years. “They’re all good changes,ˮ he added. “This is the best job in the world. We have unbelievable residents. And our manager at Douglas Elliman, David Dreyfus, is the best in the business.”

He is a past president and active member of the Emerald Guild, a networking and support organization for supers, resident managers and other building employees.

Rufli has been Resident Manager at 784 Park Avenue, a 65-unit co-op, since 2005, and teaches courses at the Community Emergency Response Team (CERT) organization.

“My Dad died in an accident when I was 11,” said Rufli, who grew up in Ireland, and came to the States in 1985. The tragic event led him to begin emergency training at the age of 12, and by age 14, he had saved a life.

“I was on the beach in Ireland with my mother,” he explained “A girl fell and hit her head and was drowning.” His mother rushed to get him, and he was able to resuscitate the girl. At 17, Peter saved a man injured in a motorcycle accident, who turned out to be one of his best friends. And he’s been an active first responder, search and rescue specialist, and emergency response instructor ever since.

After attaining the Irish championship in javelin and travelling the world with his team, Peter came to the US in his 20’s and started in the property management business as a super. Today he manages one of Manhattan’s premier properties.

In the courses he teaches, his students—who include property managers, NYC Parks Department employees, even Medical Doctors—are trained in medical response, search and rescue, personal safety, nuclear, chemical and biological weapons safety, and “cribbing”—how to remove heavy objects from on top of a person, and safely extricate them.

Rufli credited DEPM Vice President Elly Pateras and Manager Casey O’Connor with ensuring that 784 Park Avenue receives top-notch management. “I enjoy helping the shareholders with any emergencies or even small tasks that they need assistance with 24/7,” he says. “It’s like being the Mayor of a small town: my staff are the service employees, police and security of the building; the shareholders are the constituents, and my board of directors are the oversight committee.”

When he’s not managing 784 Park Avenue or teaching at CERT, Peter spends time with his family; he has a daughter at the Berklee College of Music in Boston, and twin 15-year-old boys.