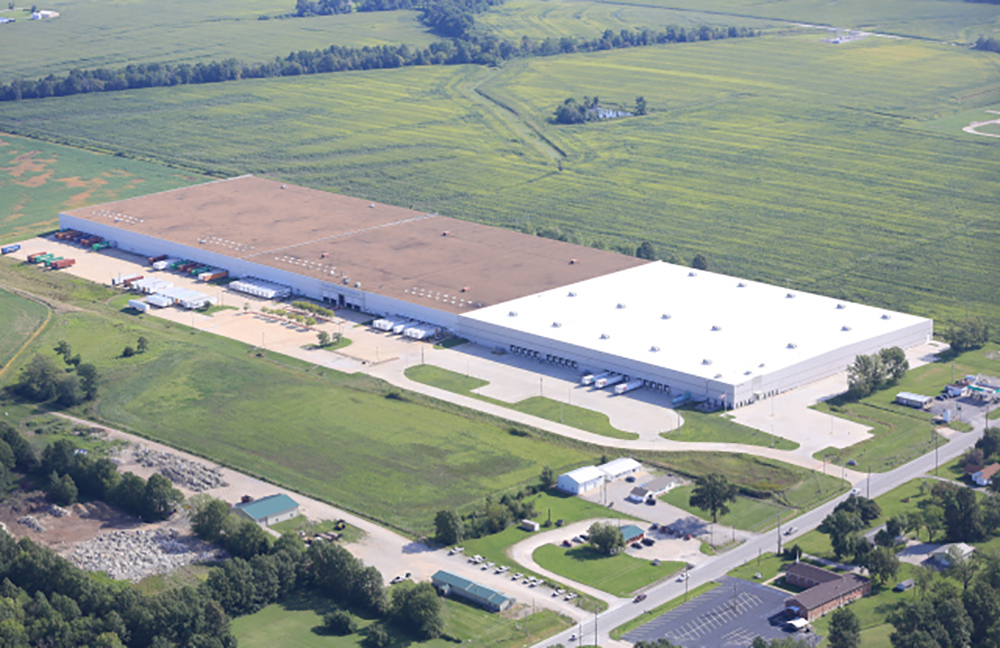 Along with sons Mac and Michael and investor Ori Schwartz, Dabah founded Box Equities during the COVID-19 pandemic as consumers’ flight to e-commerce dramatically altered the logistics landscape.

In just eight months, the company has amassed a portfolio of over 1.8 million, including its two most recent acquisitions; a 900,000 s/f Home Depot–anchored facility in Missouri (pictured top) and a 150,000 s/f Pepsi distribution center in Ohio.

“Understanding how the pivot to digital has affected many traditional retailers, we knew that the time was right to create a paradigm shift within the logistics industry for both brick-and-mortar and digital retailers alike,” said Haim Dabah, the group’s chairman and founder.

Haim Dabah rose to prominence in the New York fashion world during the 80s when his father’s firm, The Gitano Group, grew to become one of largest apparel merchandisers in the US. Haim was the public face of the company and credited with building the Gitano brand of jeanswear into a multi-million-dollar business.

After the family firm went bankrupt in the 90s, Haim went on to build fashion, retail and technology enterprises that included the children’s clothing subscription service Kidbox and apparel brand Regatta whose clients included Vera Wang and Karl Lagerfeld.

He said his experience and relationships across the fashion and technology sectors positions the new firm to deliver on retailers’ needs to maximize their bottom line while providing investors, specifically on the private equity side, with a new investment vehicle in the retail space.

“The changes in the logistics industry are profound, as underscored by CBRE’s recent report stating that for each $1 billion in e-commerce sales, an additional 1.25 million square feet of distribution space is needed to support this growth,” said Haim.

Mac Dabah, who worked with his father at their HDS Capital investment firm and is co-founder and managing director of Box Equities, added, “We are laser-focused on unlocking significant value for retailers and brands wishing to expand or downsize their industrial footprint and take advantage of today’s market dynamics.”

As the co-founder and managing director of HDS Capital, Mac led the firm’s investments in Sharper Image, Hurley, Bebe, Brookstone and Justice.

Box Equities is focused on secondary and tertiary markets and owns and manages three other distribution centers in Missouri, Virginia and Georgia.

Haim told WWD, “As a family, we have a background of pivoting and starting new businesses ahead of trends. When I sold my Regatta company to Li & Fung, we saw the writing on the wall and moved to invest in technology. And with COVID-19, we saw the acceleration of buying online. E-commerce has accelerated in a way that would have taken four to six years without COVID-19. We saw industrial space as an important place to get into the real estate space.”

Box Equities said it is “very well capitalized” and focused on the $10 to $100 million market. The company looks for good quality distribution product which are typically tilt up concrete construction and 30 ft. clear ceiling heights, with deep truck courts and ample parking as well as all types of deals including fully vacant, short term leases, sale/leasebacks, or 10+ year lease.

“Box Equities is very active in the secondary and tertiary markets, but that’s not to say we would shy away from looking at deals in the more primary markets,” said a spokeswoman.