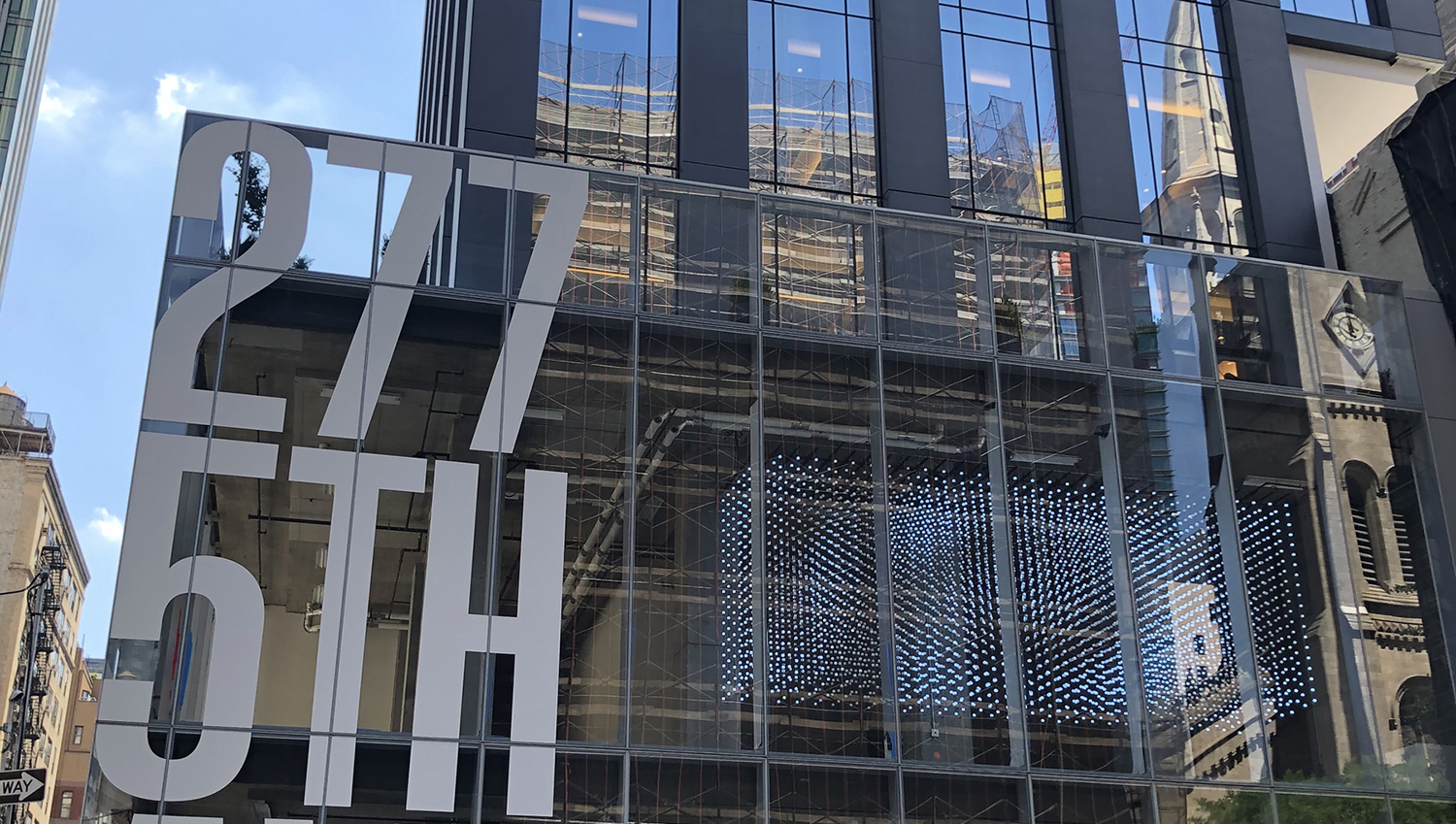 On behalf of Victor Nomad LLC, a Victor Group / Lendlease joint venture, CBRE today announced it has completed the sale of a two-story retail condo at 277 Fifth Avenue to Italy NYC LLC. Located at Fifth Avenue and East 30th Street, in the center of the popular NoMad neighborhood north of Madison Square Park, the highly visible corner units will house Valley Bank’s new flagship Manhattan branch at street level. Valley Bank is relocating to 277 Fifth from an existing location in Manhattan.

Lendlease is the integrated developer, builder, investor and joint venture partner with Victor Group for 277 Fifth. Designed by architect Rafael Viñoly, the award-winning development is the tallest residential tower on Fifth Avenue, with 8,645 square feet of trophy retail space at its base. The two-level retail condo features nearly 20-foot ceilings, an all-glass curtain wall and nearly 120 feet of wraparound frontage.

“Since the development’s inception, our vision for 277 Fifth was to further advance this growing epicenter of NYC, and the completion of the retail sale further proves our thesis that this iconic building would draw important partners,” said Moshe Shuster, founder and president of Victor Group.

“Lendlease is known for its ability to create dynamic mixed-use environments whose progressive designs are a draw not only for astute condominium purchasers, but also retail tenants that see value in affiliating their brand with an important building like 277 Fifth Avenue,” said Scott Walsh, vice president and project director in development for Lendlease’s New York office.

The CBRE team of Lon Rubackin and Michael Kadosh spearheaded the retail marketing campaign for the space and represented Victor Nomad LLC in the transaction. Prior to arranging the sale of the retail condo, the same CBRE team negotiated a long-term lease with Valley Bank for the first-floor corner space in the property.

“This deal was particularly exciting because of how it evolved, first signing the lease with Valley Bank and then completing the sale to Italy NYC LLC,” said Mr. Rubackin.

“The buyer’s commitment demonstrated the appetite retailers have for a long-term solution to their real estate requirements and the appeal of the current market conditions,” added Mr. Kadosh.

The 277 Fifth partnership between Victor and Lendlease began in 2015 and was Lendlease’s first development in New York City. The 55-story, 130-unit tower has won numerous international design awards and is now 96% sold. For more information about the property, visit www.277fifth.com.

JLL leases 34,000 square feet of space in three transactions at The Mark in Rockaway