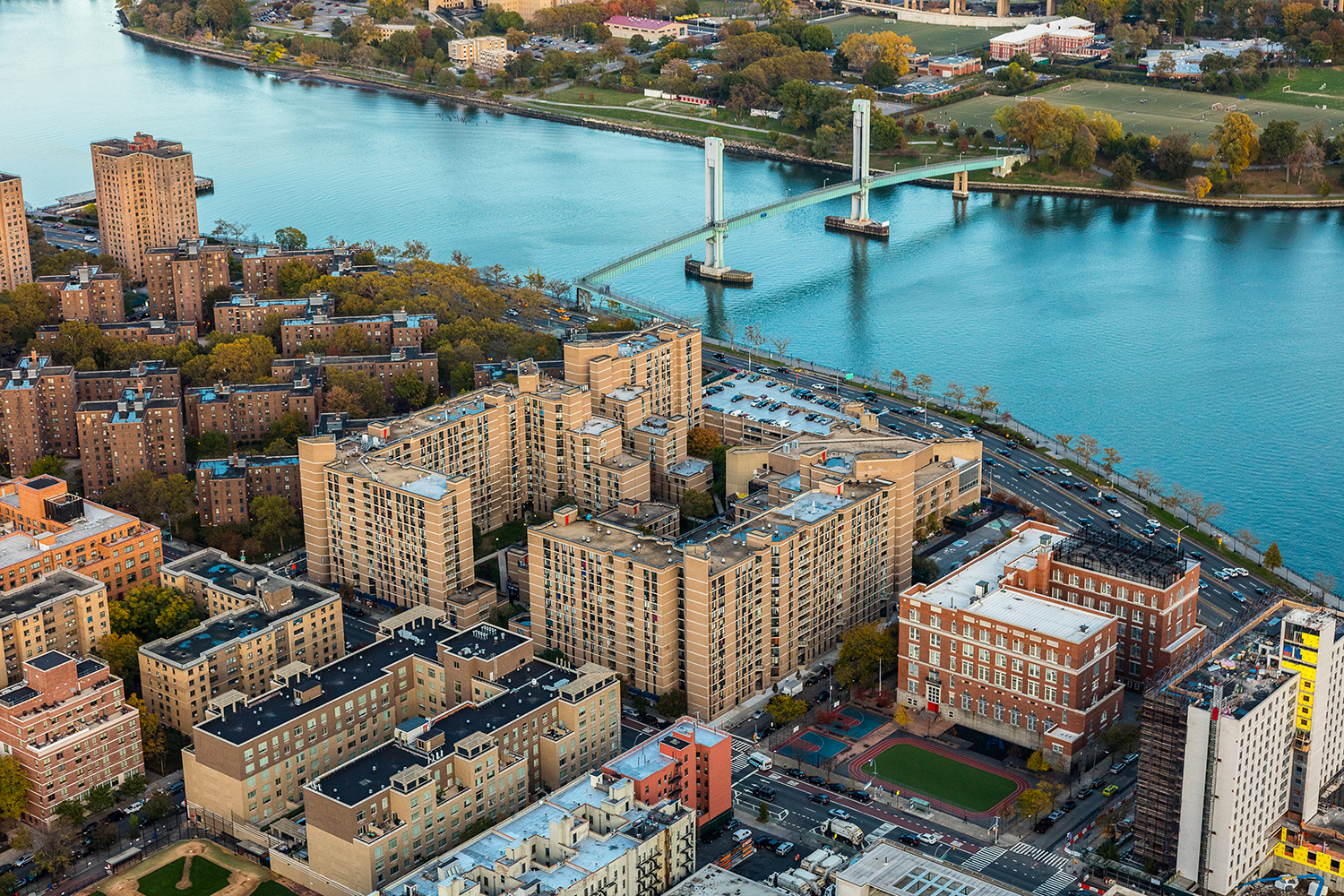 Along with partner Urban American, the company will offload five former Mitchell-Lama buildings in Harlem and Roosevelt Island to L+M Development Partners and Invesco Real Estate in a $1.2 billion deal.

In its second quarter report, Brookfield, a publicly traded company, said the sale will have net proceeds of $135 million.

The properties, known as the Putnam Portfolio, were developed between 1975 and 1980 and include River Crossing at 1956-1962 First Avenue, The Heritage at 1295 Fifth Avenue, the Miles at 1990 Lexington Avenue and the Parker at 1890 Lexington Avenue in East and Central Harlem and Roosevelt Landings at 552 Main Street in Roosevelt Island and have a combined 2,800 units.

The new owners, through an arrangement with the cityʼs Department of Housing, Preservation and Development, will return 1,800 of the units — which left Mitchell-Lama in 2005 — to the regulated market in exchange for tax breaks.

The acquisition was made through a fund established by L+M this year, which has already raised $500,000 specifically for “workforce housing.”

Josh Eisenberg, principal of Urban American, said over 1,000 subsidized apartments had been renovated at no increased cost to the tenants. L+M and Invesco are expected to make $50 million in capital improvements across the portfolio.

“We are thrilled to see L+M and Invesco continue our legacy of improvements and further upgrade these communities while maintaining affordability for hardworking families in New York City,” Eisenberg said.

The sale comes on the heels of Related Companies’ disposition of a chunk of its affordable Bronx properties, including the 252-unit low-income River and Gerard courts last month.

“The new rent laws certainly limited the growth in many of these portfolios, the strategies that many of them adopted,” said Jim Sullivan, managing director at research firm BTIG.

“I don’t care how you cut it; the rent growth is not going to be as high under this new law.”

According to Sullivan, with elections set for next year, some owners may be concerned about even stricter regulations being introduced by progressive candidates.

“Going forward, they might say it’s a good time to take the chips off the table,” he said of multifamily owners. “It’s a big country and there are a lot of places to invest. For New York City affordable housing it’s become a hard time to invest.”


Adelaide Polsinelli, vice chairman of investment sales at Compass, said lucrative tax breaks could be driving portfolio sales, noting, “What makes the (River Court and Gerard Court) deal significant is that these properties were built with Low Income Housing Tax Credits – a program for creating affordable housing created by the Tax Reform Act of 1986.”

With some of those tax deadlines expiring soon, Polsinelli said the new owners of the property can choose whether to extend the program or withdraw and enjoy free market rentals.

“Buyers of these properties will own solid, workforce housing with little downside risk,” added Polsinelli. “This steady investment will also have the added bonus of appreciation once the tide changes and the regulations are loosened. In the meantime, this dependable income stream will provide cash flow for years to come.”


Daniel Parker, a managing principal with Hodges Ward Elliott who worked with Related on its multifamily sales, said, “I think the big owners are evaluating what the new regulations mean for their portfolios, but I don’t sense that anyone’s rushing to make an exit.”

In the same time period, turnover decline was also due to aging residents. “The recent turnover decline, concurrent with the large amount of new multifamily supply each year, is a sign of market strength,” added the report.