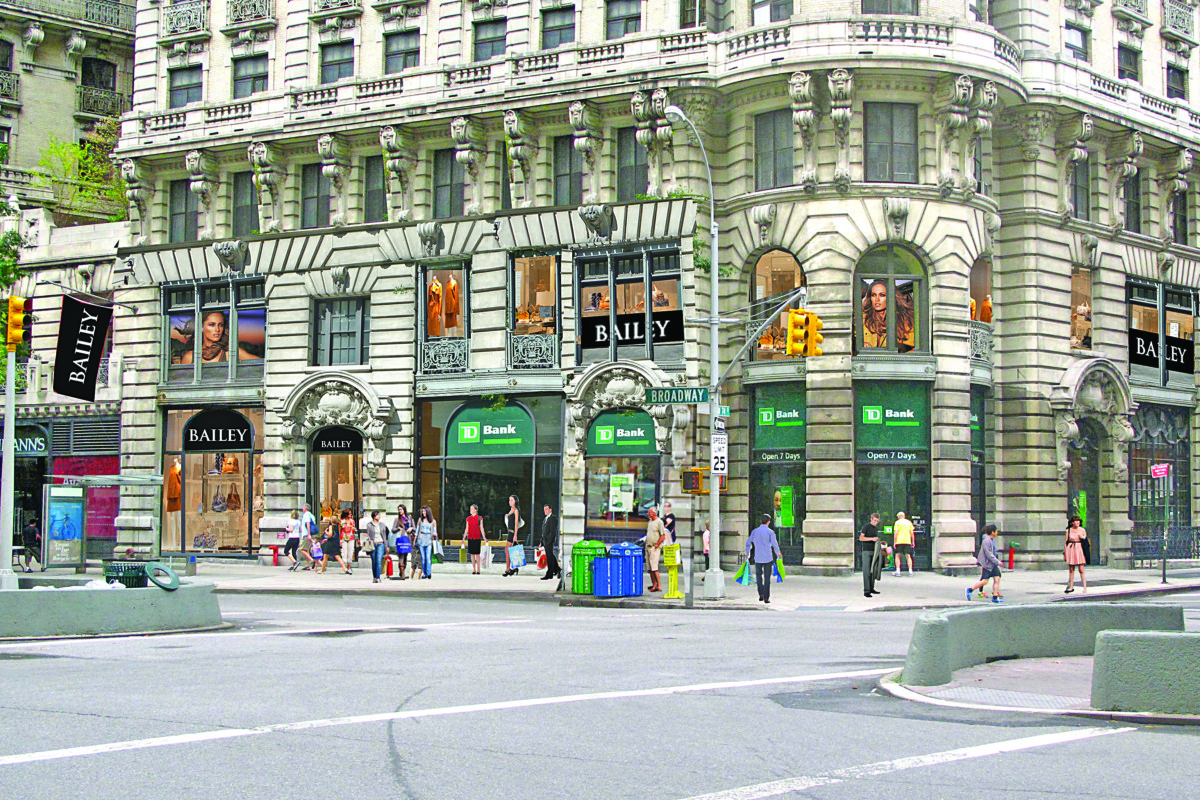 Newmark Grubb Knight Frank Retail (NGKF) has announced it is offering for direct lease 12,000 s/f at the base of the storied Ansonia apartment building at 2109 Broadway on the Upper West Side.

Located in one of NYC’s most visible and recognizable buildings, the space provides over 200 ft. of wraparound frontage on the highly trafficked corner of Broadway and 74th Street.

The available space is 2,200 s/f of Broadway retail on the ground floor, plus 10,000 s/f on the second floor at the corner. There is also an opportunity to connect the second floor to an entrance from 74th Street.

“The Upper West Side has some of the best demographics in the country, which makes this one of the most desirable retail markets anywhere,” said Roseman, executive vice president at NGKF, who is marketing the space on behalf of the ownership along with associate Drew Weiss.

“In addition to the incredible visibility this site offers, the non-stop traffic and activity of this area checks all the boxes for a retailer looking for a high profile location. The space also benefits from being located in The Ansonia with its long, rich and storied history.”

The Ansonia was commissioned by Phelps-Dodge heir and leading developer of Riverside Drive, William Earl Dodge Stokes, at the turn of the 20th century as the “grandest hotelˮ in the city.

Designed by French architect Paul Duboy in a Beaux-Arts style, it has been home to celebrities of the past and present including baseball legends Babe Ruth and Lou Gehrig, pro boxer Jack Dempsey and Oscar-winning actress Angelina Jolie. The building was declared a historic landmark in 1972.