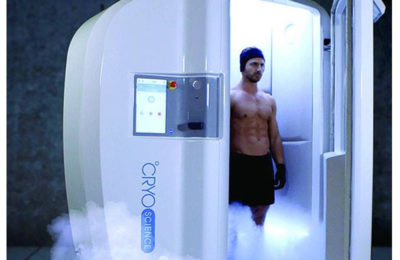 A team from Newmark has brokered a lease for the nation’s first retail cryotherapy studio where clients can have their ailments frozen out of them.

Icebox Cryotherapy was founded by Alia Alston, who underwent cryotherapy treatments to help recover from a neck injury she suffered in a car crash.

At the time, Cryotherapy saunas were only available in professional and medical facilities. Fully recovered, Alston saw an opportunity to create a retail environment that would provide the treatment in an upbeat, spa-like health studio, offering Cryotherapy and other services.

She sold her first franchise in 2018 and now has 41 locations under development throughout the US. Newmark director Rhett Batanides, of the firm’s Charlotte office, is leading the national brand roll-out, which kicked off in New Jersey with the opening of the Icebox Cryotherapy in the Plaza at Short Hills along 800 Morris Turnpike in Millburn.

“The service and wellness sectors continue to evolve, being both economical and luxurious, and cryotherapy is a fine example of a luxury service that is thriving,” said Tselepis.

“The new location was within a 10-minute drive from the franchisee’s hometown and allowed them to hit the ground running with a built-in network of fellow business people and roots throughout the community,” added Brendel.

Newmark is leveraging its national platform to help the company expand its franchise footprint by cooperating with Newmark professionals nationwide.

According to Newmark Research, service providers have been expanding rapidly into retail spaces, including shopping centers and urban storefronts. This trend’s primary driver has been the desire to create a convenient experience for the client as retail developments tend to offer high visibility, ample parking, and central locations near residential populations.

The Plaza at Short Hills is located on the Morris and Essex Turnpike. Notable tenants include SoulCycle, Club Pilates, Kings Supermarket and Chase Bank.

Short Hills is one of the most affluent communities in New Jersey with a median household income exceeding $200,000 and a median home value of $1.4 million.