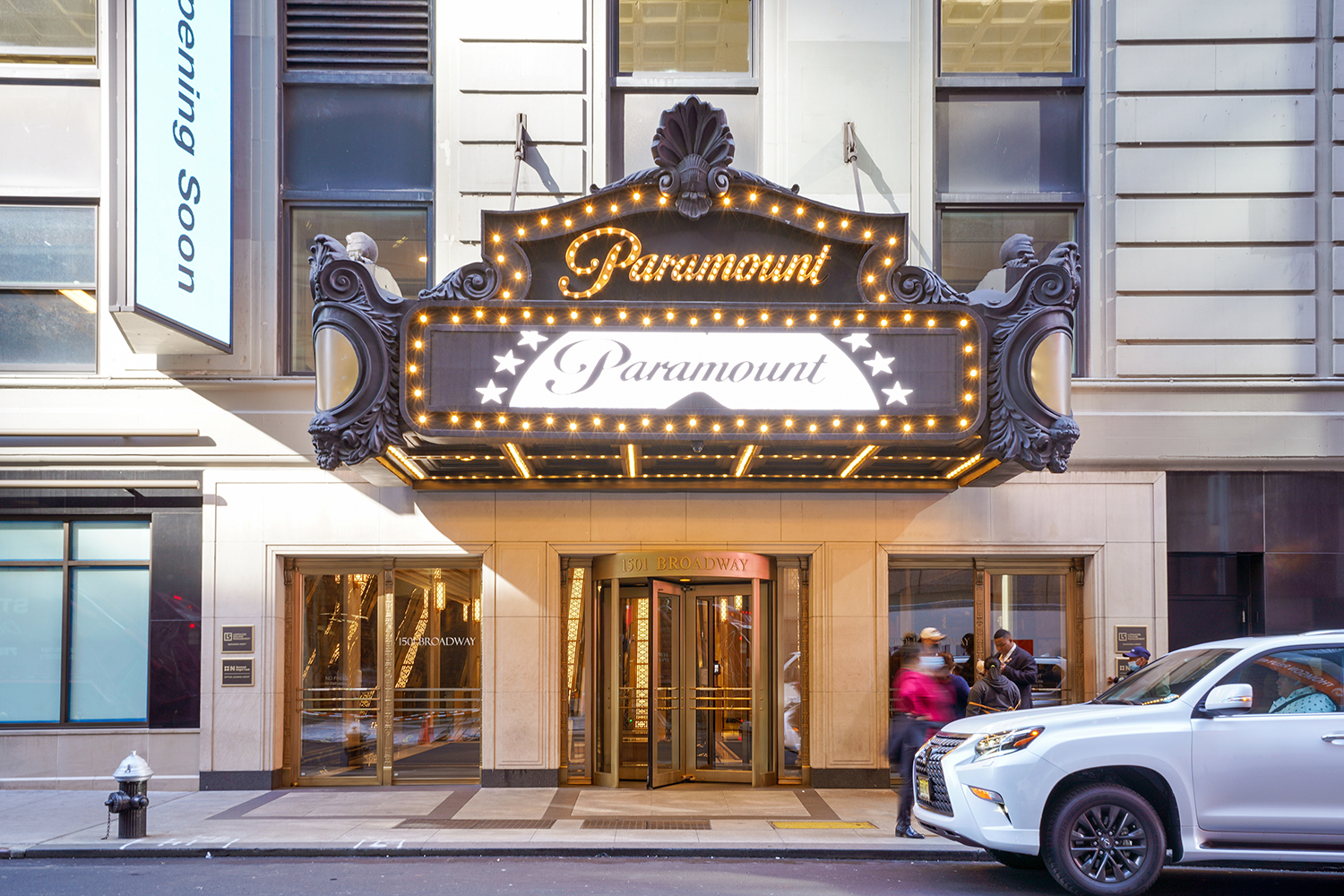 “Ownership has reimagined this iconic property into an environment that encourages future-forward companies to grow and thrive,” said Leon. “We believe that the diverse tenant roster at 1501 Broadway, combined with its superior location, recent extensive upgrades and our new state-of-the-art pre-built suites, will continue to attract new tenants looking for the perfect office space.”

Notable new tenants include LifeStance Health Group, which signed a long-term, 5,000 s/f lease on the 15th floor. As part of the firm’s New York City expansion, it plans to complete a custom build-out and open in Q4 2021. CBRE’s Paul Walker represented the tenant in the transaction.

The highly regarded restaurant Sushi of Gari signed a new 1,000 s/f lease in one of the property’s newly completed pre-built suites. This location will serve as the purveyor’s corporate headquarters supporting the restaurant’s four Manhattan locations.

The Dramatists Guild of America is the national, professional membership trade association of theatre writers, including playwrights, composers, lyricists, and librettists. The guild signed a long-term renewal of their 5,000 s/f space on the 7th floor. The renewal marks their commitment to the building and the neighborhood as the location is central to the revitalization of Broadway and the return of the theatre scene post-pandemic. The Dramatists Guild of America has been a long-term tenant at the building and was represented by Newmark’s Director Scott Gutnick and Associate Director Cooper Weisman.

1501 Broadway’s landmarked exterior is known for its four-faced clock topped by an ornamental glass globe and its iconic marquee facing Times Square. Ownership kicked off a $50 million capital improvement project with enhancements including a brand-new lobby that was relocated from Broadway to 43rd Street, new windows throughout the building, new elevators and escalators, upgraded common corridors and restrooms and the installation of Macchiato Espresso & Wine Bar as a food, beverage and lounge amenity for tenants.

In addition to the upgrades and new dining options, ownership and the Newmark leasing team has partnered with MKDA to design brand-new, ultra-high-end pre-built suites taking the building’s historic nature and reinventing the asset for the 21st-century modern office tenant.

Built in 1926 by Paramount Pictures for their East Coast headquarters, this 32-story, newly renovated landmarked office tower in the heart of Times Square marries the Golden Age of Hollywood with modern appeal. The Paramount Building is one of the most accessible buildings in Manhattan—located in the heart of the crossroads of the world; it provides access to 16 subway lines and is a short walk from Pennsylvania Station, Port Authority and Grand Central.