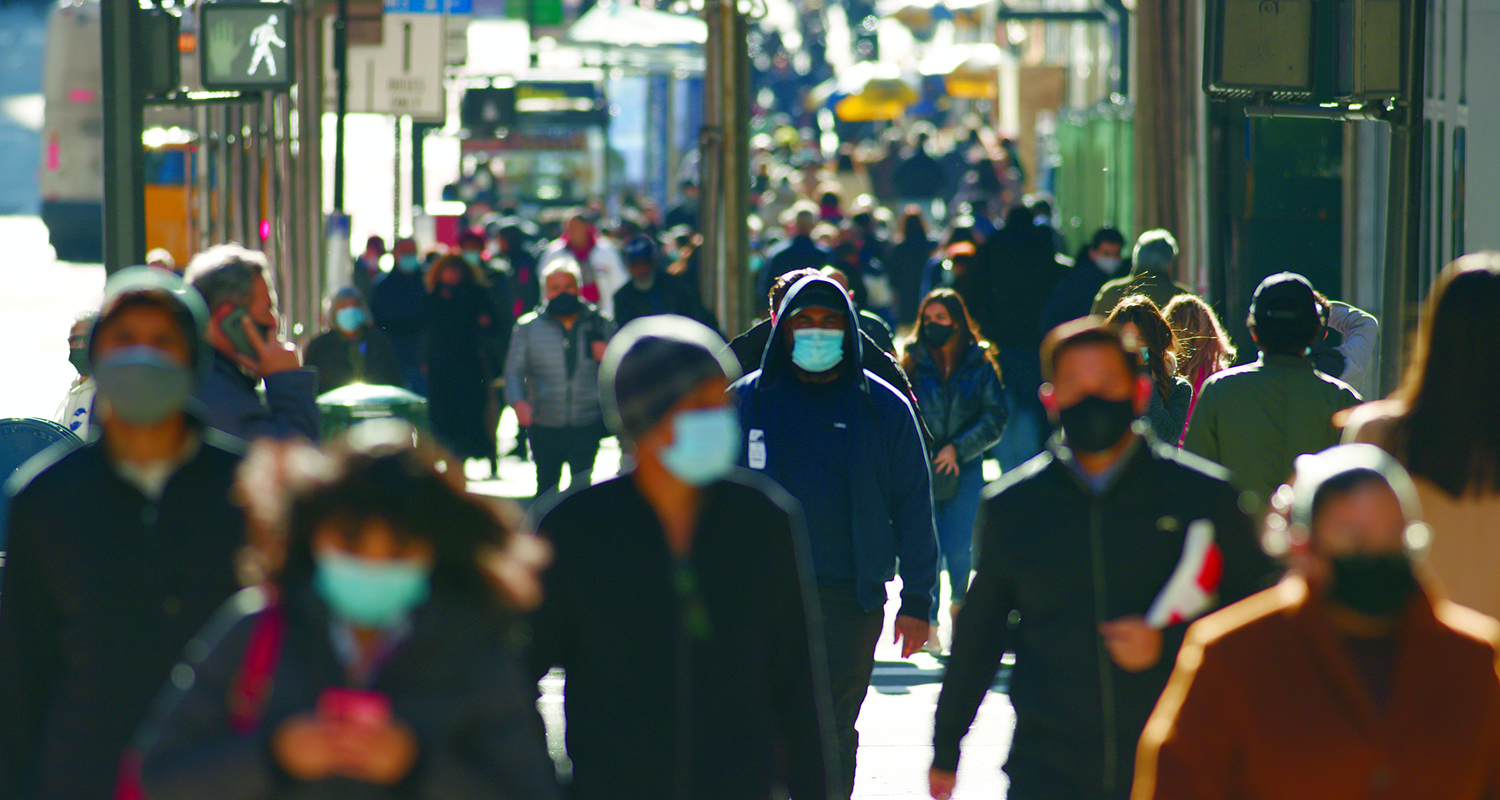 The reopening of office buildings, the return of in-person school, and the rebirth of arts and entertainment have helped achieve a net gain of 6,332 residents, according to the report.

“New York City is steadily reopening and New Yorkers are returning to the city we love,” said Comptroller Stringer, noting that the city should continue to focus on improvements that will make the city more attractive to residents.

“It’s vital that we invest in the value proposition that is New York City and make sure we continue to be the best place to live, work, and raise a family,” said Stringer.

“That means investing in our classrooms and teachers so our children get the very best education, investing in affordable and accessible child care so parents can return to work, and investing in our streetscapes and green spaces to ensure that our neighborhoods are walkable and breathable.

“We have a once-in-a-generation opportunity to reimagine our city and build back stronger than ever from the losses of the pandemic.”

The data shows that the city’s wealthiest neighborhoods experienced the most population loss; residents in the wealthiest 10 percent of city neighborhoods, as measured by median income, were 4.6 times more likely to move than other residents during 2020.

And despite recent gains, certain neighborhoods have a long road ahead to regain pre-pandemic population.

Stringer said that whether or not these gains continue and accelerate will depend on the trajectory of the pandemic and the city’s ability to maintain in-person activities and attractions, as well as the endurance of telework arrangements and workers’ ability and desire to live farther from their place of work as commuting becomes less burdensome.

The Comptroller’s analysis found that, in the first three months of the pandemic, from March to May 2020, more than 60 percent of net moves from city addresses were marked as temporary, indicating that the person or household intended to return, but since then, 79 percent of net moves have been marked as permanent.

Excluding moves marked as “temporary,” net out-migration from the city increased by an estimated 130,837 from March 2020 through June 2021, as compared to pre-pandemic trends.

Residents from the city’s wealthiest neighborhoods were 4.6 times more likely to leave than other residents during 2020, recording 109 net move-outs per 1,000 residents vs 24 elsewhere.

In September 2021, New York City public schools and colleges opened to full-time, in-person learning; some employers, including city government, called office workers back; and the curtains rose on Broadway after an 18-month shutdown.

These events coincided with an improvement in net residential migration to the city, particularly in the neighborhoods that experienced the greatest flight in the spring of 2020.

On a per-capita basis, the largest net gains over the summer were in Chelsea/Midtown, Murray Hill/Gramercy, Battery Park City/Greenwich Village, and Chinatown/Lower East Side.

But in 2020, migration patterns changed drastically. The number of change of address requests for move-outs from New York City addresses increased 36 percent to 837,404, while requests for move-ins, including intracity moves, remained relatively stable at 534,142. In every month from March 2020 through June 2021, New York City lost more movers citywide than during the same month in 2019. Net losses peaked in March 2020 at the pandemic’s onset, as New Yorkers filed 79,793 move-out forms, an increase of 65 percent over March 2019. However, since July 2021 monthly net losses have been comparable to or even slightly better than 2019.

When move-outs first spiked, the majority of net moves from city addresses were intended to be temporary. The post office instructs movers to mark a change of address as “temporary” if the mover intends to move back within six months. In New York City, net temporary move-outs, including residential and business moves, jumped from close to zero in February 2020 to 28,625 the following month. From March to May 2020, more than 60 percent of net moves from city addresses were marked as temporary.

Following the initial burst of largely temporary moves, a wave of permanent moves from city addresses occurred during the summer and fall. From June 2020 through September 2021, 79 percent of net move-outs have been marked as permanent.