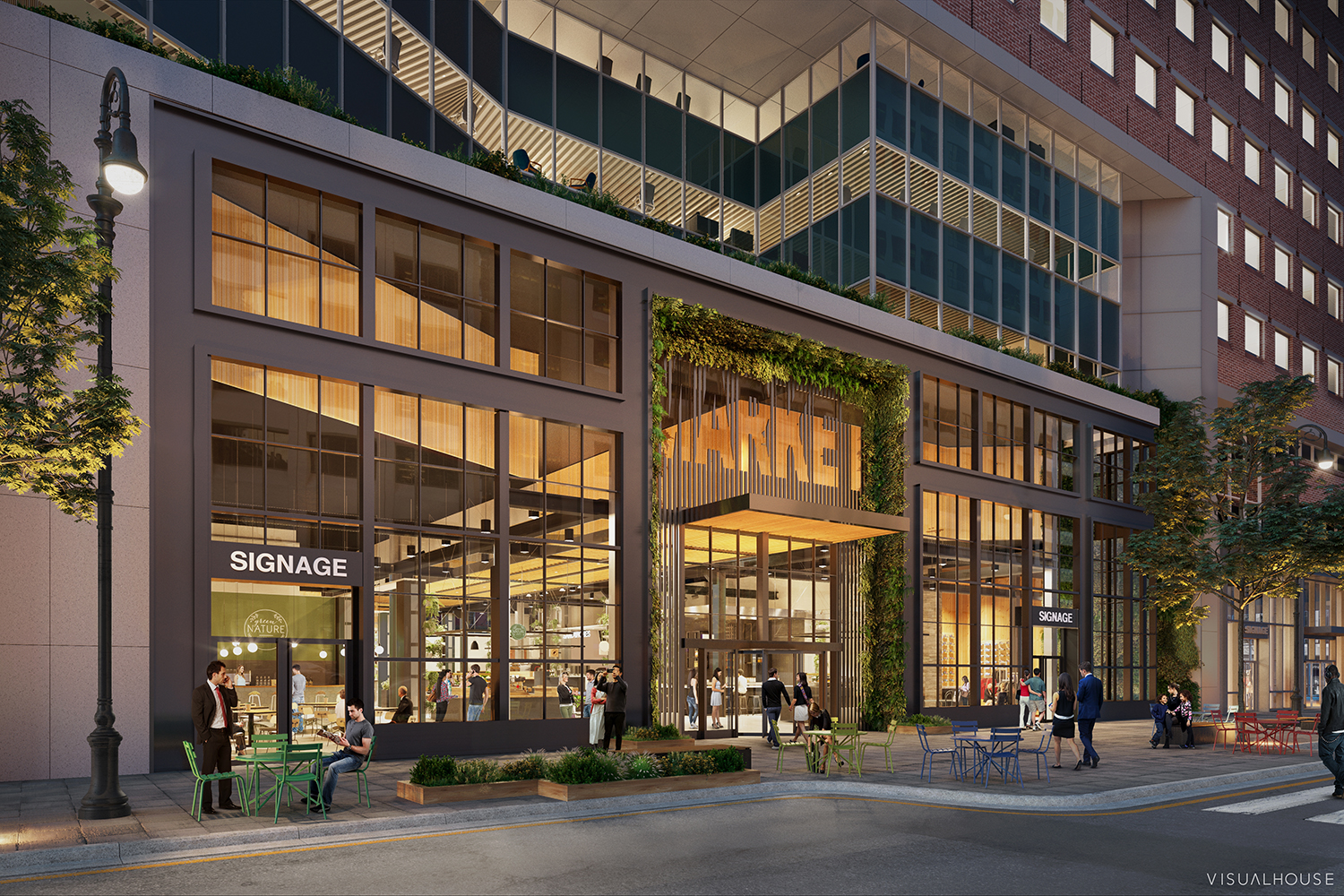 Food hall and marketplace curator Urbanspace announced the signing of a 14,722 s/f lease at 100 Pearl Street in the Financial District of Manhattan.

The lease marks the company’s second NYC signing since March 2020 and its sixth food hall in the City.

“Having spent the past three decades developing markets for local businesses and chefs, we are ready to play our part in the recovery of the City,” said Eldon Scott, president of Urbanspace. “It has been a devastating year for restaurants, but our food halls offer a supportive space where chefs can build a community, showcase their talents, and thrive – and that support is more important in this climate than ever before.”

2020 was a year of rapid growth for Urbanspace: in addition to Pearl Street, the group signed 10,000 s/f in Union Square’s Zero Irving in August and is expanding into eight other national markets.

The Pearl Street location totals 12,702 s/f of space on the ground floor with an additional 2,020 s/f of commissary / back of house space. The space is a complete re-imagining of an existing privately owned public plaza. It will continue to be a 21-foot tall through-block connection between Water and Pearl Streets, adjacent the well-known Stone Street block. The space will featurenew facades, plantings and public seating in addition to 16 chef-driven food concepts.

100 Pearl Street is a 967,565 s/f, 29-story office building surrounded by high-density office and residential space, including 55 Water Street, the city’s largest office building. The property recently completed a major renovation program to include modernized infrastructure, a reimagined lobby and entrance, upgraded and stylish amenities as well as a tenant-exclusive rooftop and lounge.

“We believe that the addition of Urbanspace will not only be a great amenity for the tenants in our building but will also provide a welcoming space for the rest of the surrounding downtown neighborhood.”

John Clifford, founding principal, S9 Architecture added, “Our design for 100 Pearl brings much-needed street activation and newly invigorated public space. This will be an asset not only for the building’s tenants, but for the neighborhood’s residents, workers, and visitors to Financial District.”

Located within steps to 10 major subway lines, the PATH train, as well as multiple water ferry options including the Staten Island Ferry, Urbanspace’s Pearl Street location will be an accessible destination for those in Manhattan and the surrounding boroughs.