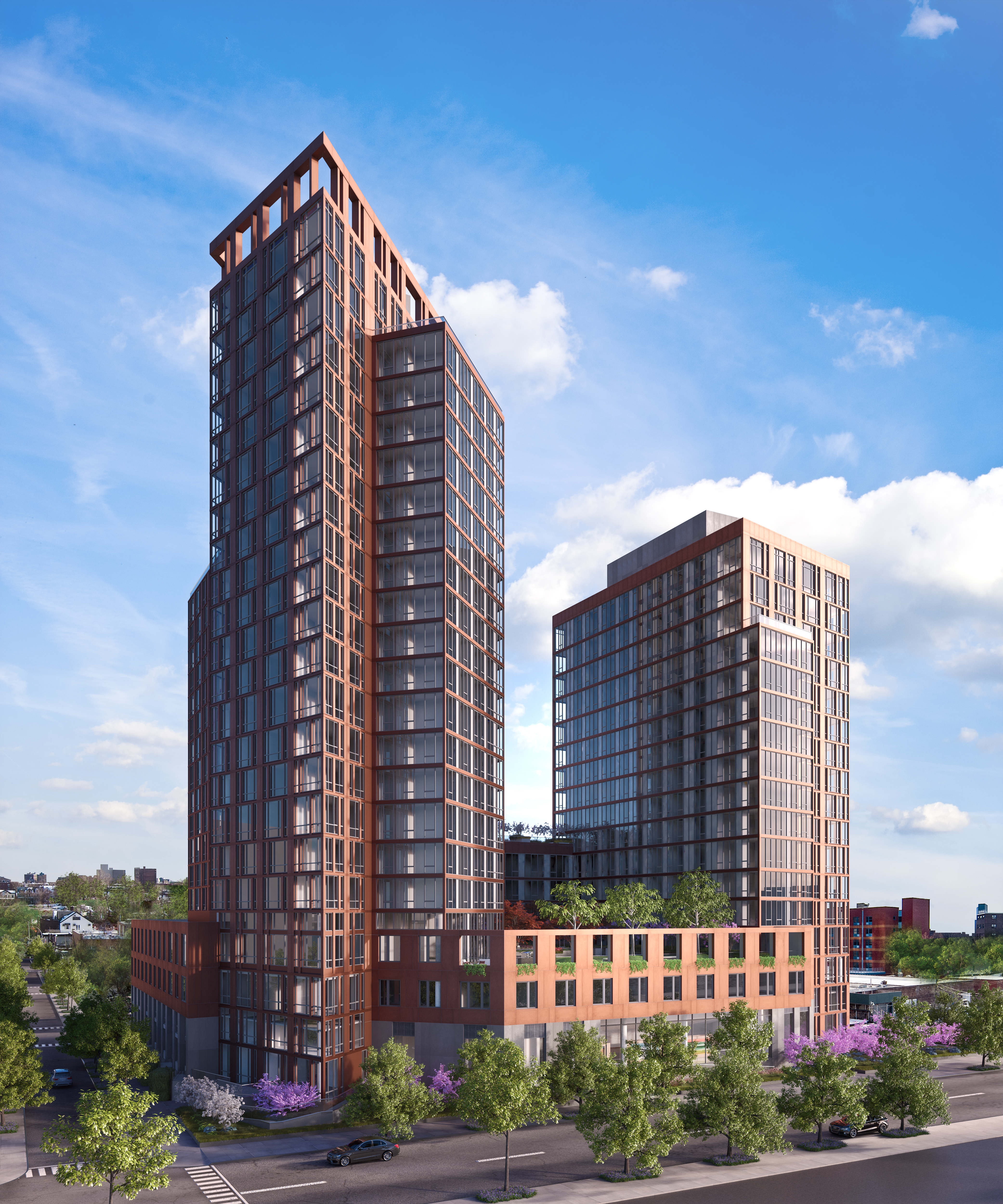 10 Hallets Point will be the first building of the megadevelopment and is expected to open this summer. The 405-unit building will feature studios, one, two, and three bedroom apartments, a 25,000-square foot supermarket called the Brooklyn Harvest Market, and another 25,000 square feet for amenities. According to the new site, amenities will include two outdoor terraces and a sun lounge, barbecue grills and dining tables, a fitness center with a yoga studio, a resident lounge, a party room with a catering kitchen, a children’s playroom, and a parking garage.

10 Halletts Point is only one of seven buildings for Durst’s massive rental complex. The 2.4 million-square-foot campus will host 2,000 rental apartments—with up to 480 being designated as affordable units—at the edge of Astoria, Queens. Once completed, the project will include community-use facilities, a site for a new K-8 public school and space for a New York City Housing Authority development.