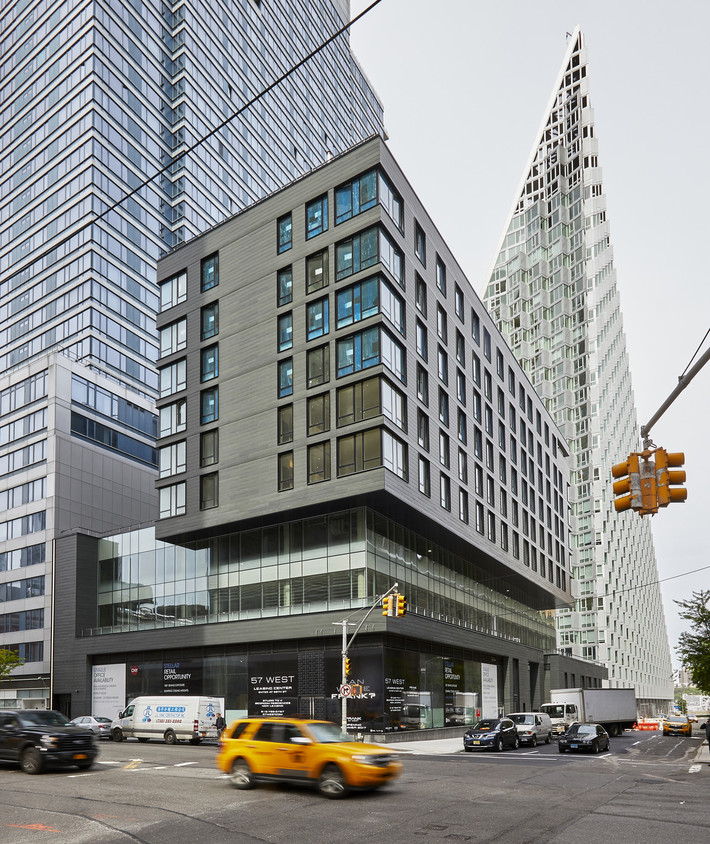 The Durst Organization announced that HSS Sports Medicine Institute signed a lease for 18,622 s/f on the entire fourth floor at FRANK 57 WEST.

The lease is coterminous with HSS’s 21-year deal signed in 2016, bringing their total square footage at the property to 84,121 s/f. The Institute, with an ambulatory surgery center, physical therapy and doctor’s offices, celebrated its grand opening this past September.

The 84,000 s/f of commercial space at 57WEST is now 100 percent leased.
FRANK, VIA and HELENA compose Durst’s 57 WEST residential superblock.

The campus includes over 1,370 rental units and two garages with a total of 385 parking spaces.

“We are thrilled HSS Sports Medicine Institute has expanded at FRANK” said Jonathan (Jody) Durst, president of The Durst Organization.

“Having a renowned facility like HSS part the 57 WEST campus brings best-in-class services to this thriving neighborhood. It is also personally thrilling to see the final piece of this development puzzle fall into place. With the residential portions of VIA, FRANK and HELENA stabilized and all the office and retail space leased, our vision for the block we acquired 20 years ago is completely realized.”

The Durst Organization was represented in-house by Managing Director Ashley Mays and Steven Westort and Michael Calabrese of HSS worked on behalf of the tenant.

Leases adding up at ATCO boutique