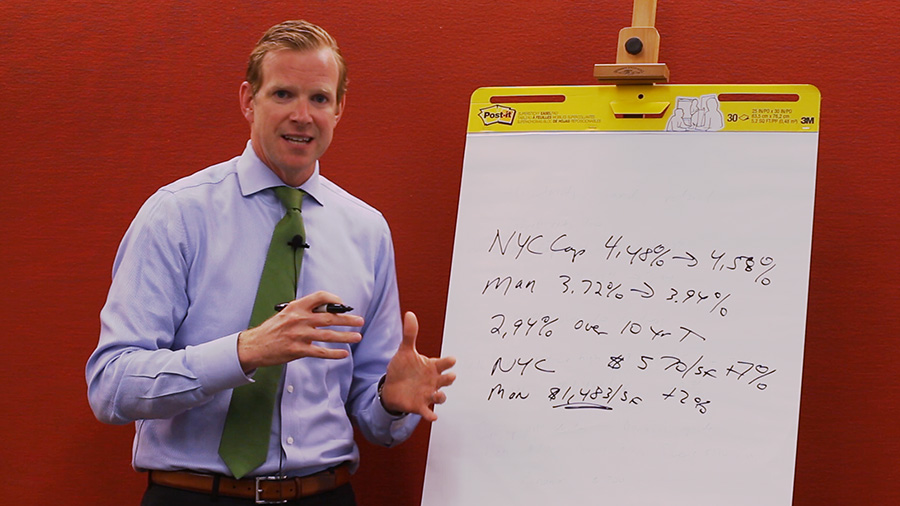 The Nelson Report: ‘Don’t get caught staring in the rear view mirror’

In this episode, Nelson takes a deep dive into the city’s investment sales market for the first half of the year.

Nelson said that while New York City dollar volume was off 43% in 1H17, it is only a trailing indicator reflecting sales that were likely negotiated 5-6 months ago. At that time, there was much uncertainty after the Presidential election. He also drew parallels with the market conditions during the last two prior elections, pointing to similar declines followed by a big run up in values and volume. Nonetheless, he maintains a positive outlook, saying that his team is seeing activity pick up with three signed contracts in August.

Check out the full video below:

Tax break 421a provides opportunities for developers and residents alike