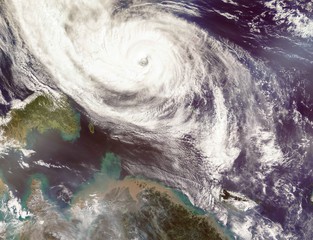 Natural catastrophe and weather events of 2019 are expected to bring a spike in mortgage delinquencies, according to CoreLogic, a property information provider.

In its annual Natural Hazard Report looking back at communities affected by wildfires, hurricanes, tornadoes and earthquakes in 2019, CoreLogic predicts it could take 12 or more months for mortgage delinquency to return to pre-disaster rates.

Serious delinquency rates spiked by more than 50 percent in the Santa Rosa and Chico, California metro areas after the 2017 Tubbs Fire and 2018 Camp Fire.

“While 2019 was not the most catastrophic year to-date, it demonstrated a continuing trend of higher losses,” said Tom Larsen, Principal, Industry Solutions.

“Affected communities experience an ensuing ripple effect from natural disasters, which is why continuously improving the data and analytics surrounding these catastrophes is so important in making our society more resilient. Understanding the past is critical to contending with the risk of the future.”

2019 marks the seventh year in the last decade in which 10 or more weather and climate disasters exceeding $1 billion have occurred.

The decade brought some federal and state policy changes as the United States grapples with more frequent and more severe natural disasters:

• The National Flood Insurance Program (NFIP) underwent reforms in 2012 and 2014
• In 2018, the United States implemented the most significant changes to federal natural disaster mitigation and recovery policy since Hurricane Katrina
• Leading into the 2020s, FEMA’s approach to mapping and assessing flood risk may change with the advent of the NFIP’s Risk Rating 2.0 program expected in 2021, which aims to incorporate a structure-specific flood risk assessment into insurance rates

In 2019, the Dayton, Ohio tornado event resulted in an estimated 30,000 insurance claims worth $450 million to $480 million in insured losses, making it the third-costliest weather event in Ohio’s history.

The Dallas tornado, an EF3, impacted nearly 10,000 structures, disrupting the business and livelihoods of countless residents and causing over 150,000 customers to lose power. This resulted in what the Insurance Council of Texas “conservatively” estimated at $2 billion in insured losses.

The Inter-American Development Bank estimates the total cost of Hurricane Dorian on the Bahamas to be $3.4 billion. This, in conjunction with the $750 million from the prior hurricane seasons, means that in the past five years, a total of $4.25 billion in losses were incurred via hurricanes in the Bahamas—more than one-third of the $12 billion gross domestic product of the region.

Some 4,628,275 acres were burned by wildfire in contrast to the more than 8.5 million acres in each of the previous two years. The 2019 total is 67 percent of the annual average of 6.9 million acres over the past 10 years.

When Hurricane Barry made landfall in Louisiana, there were approximately 74,000 housing units at risk of flooding.

Typhoon Hagibis resulted in over 3 feet of precipitation within a 24-hour period, flooding over 1,000 cities and prompting the government to order the evacuation of almost eight million people. 30 percent of all flood damage was uninsured.