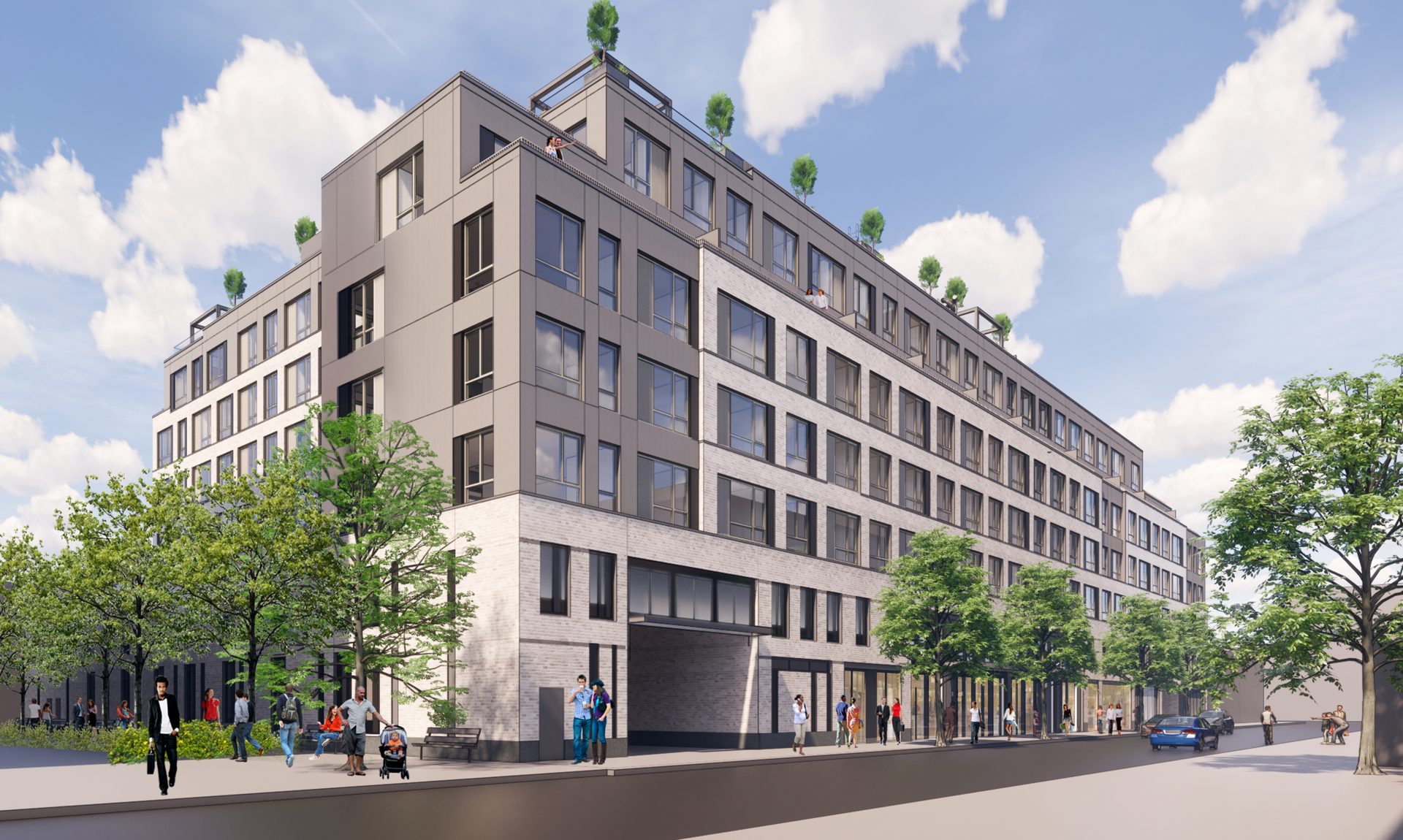 Three months after it became the nation’s first COVID-19 hotspot, New Rochelle today celebrated a milestone in its recovery.

“As one of the first communities in America to face COVID-19, New Rochelle is now poised to lead our region’s recovery,” said Mayor Bramson. “This significant project milestone illustrates the resilience of our local economy and demonstrates confidence in New Rochelle’s future.”

The seven-story building will consist of 184 rental apartments and 1,500 s/f of ground floor commercial space. In addition to parking for residents, 25 Maple Avenue will also feature a 200-space municipal parking structure for the City of New Rochelle, funded in part through a $500,000 grant provided by Empire State Development’s Regional Economic Development Council.

It’s located in the heart of New Rochelle’s downtown district, featuring access to the city’s Main Street commercial center and a 10-minute walk from the New Rochelle Metro North and Amtrak train station. The City of New Rochelle issued the initial RFEI seeking developers for the site in the Spring of 2018.

The project is designed by Beyer Blinder Belle, and its engineers are Christie Engineering and ICOR Associates.

“We strongly believe in the renaissance of New Rochelle and are excited to continue our work here,” said William Balter, president and co-founder of Wilder Balter Partners.

WBP and L+M formed a joint venture to develop the site, formerly a municipal parking lot, in 2018. Construction on the project is slated to begin this month and is estimated to take two years.

Financing was arranged directly with M&T Bank. The project benefits from a property tax abatement and other incentives granted by the New Rochelle IDA and will contribute funds toward the redevelopment of Anderson Plaza in downtown New Rochelle.

“New Rochelle is leading the way back for the region following the COVID-19 pandemic, and 25 Maple Avenue will play a major role in my hometown’s continued recovery,” said Ron Moelis, CEO and Co-Founder of L+M Development Partners.

“We believe in New Rochelle and its people, and we are proud to be a part of the city’s ongoing revitalization – both now and for many years to come.”

New Rochelle became the first city in the nation to order a shutdown of everything within a one mile radius of the town center on March 10 when it became the site of the largest cluster of coronavirus in the country. The virus has gone on to claim 1,407 lives in Westchester.

Additionally, L+M and Wilder Balter are building 14 LeCount Place, a 27-story residential and commercial tower in downtown New Rochelle. The 457,000 square foot project will have 380 units of housing including 95 affordable units as well as more than 5,700 square feet of retail space, garage parking and a penthouse-level outdoor pool highlighting a substantial resident amenities package. That project broke ground in November and is expected to be completed in 2022.