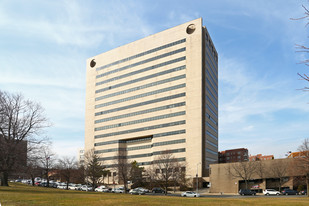 Muss recently signed a long-term agreement with the United Federation of Teachers (UFT), completing a lease stabilization program that positions the 375,000 s/f property as the marquis office destination in Queens.

The UFT signed a 44,000 s/f, 20-year lease for its Queens headquarters and membership office and plans to occupy the space in the summer of 2019.

The UFT deal marks the end of a strategic repositioning at Forest Hills Tower, which included a capital improvement program and a shift in leasing strategy.

Built in 1981, it traditionally focused on a large anchor tenant, beginning with Con Edison, which signed a 30-year, triple net lease for more than 250,000 s/f.

Muss refinanced the property while simultaneously investing in a multi-million-dollar capital improvement program.

Additional tenants in the building include Plaza College, the NYC Board of Elections, Signature Bank, Regus, Cushman & Wakefield, Mutual of America, Child Center of New York, and the New York City Department of Citywide Services.