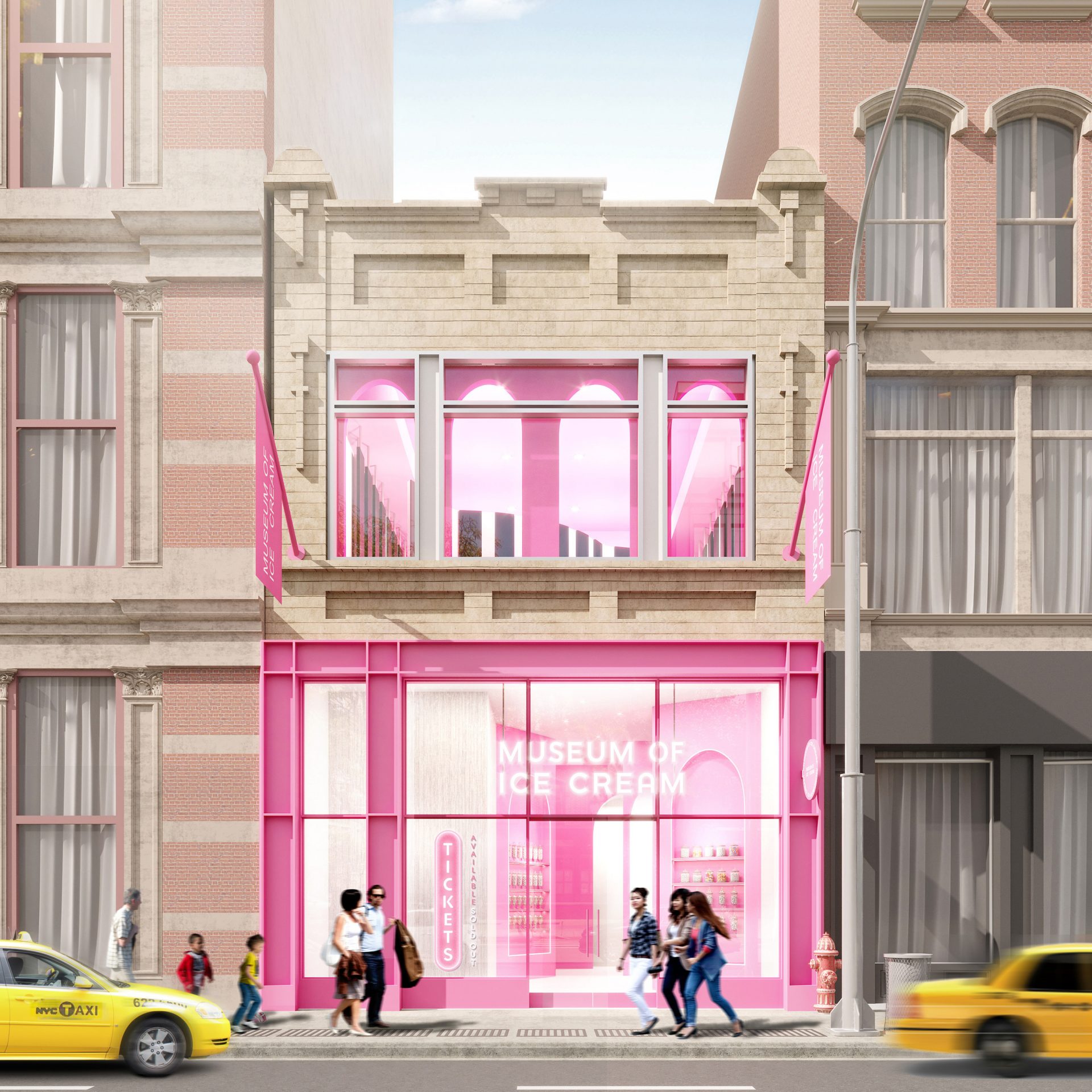 Three years after starting as a pop-up, the Museum of Ice Cream will be opening a longterm location late this fall after signing a ten-year lease for three-floor storefront in SoHo.

The museum’s new home will be 558 Broadway (last occupied by H&M) where it will have over 25,000 s/f of space filled with 13 Instagram-baiting installations, including a New York-inspired “Celestial Subway” and the museum’s well-known sprinkle pool (this one the biggest yet).

According to a press release, guests will also be able to “savor the sweetest treats on a floating table, slide down an epic three-story slide, see a spectacular hall of giant scoops, and follow the sound of a buzz that will lead you to a giant ‘Queen Beehive.’”

There will also be a cafe and shop onsite.

“MOIC NYC is a dream that our team has been developing for three years,” said co-founder and creative director Maryellis Bunn. “Over 1.5 million guests have come through our various doors and given us so much input and inspiration. I want to continue to connect people and create moments of joy through ice cream. MOIC NYC will build upon Soho’s artistic history and contribute to the neighborhood’s resurgence as a place for imagination and creativity.”

The lease was signed following the raising of $40 million, which concluded last week. MOIC was represented by Current Real Estate Advisors Brandon Charnas and Adam Henick and the landlord, the Shemul Family, represented themselves in the transaction.

The company’s co-founder, Manish Vora, said the SoHo outpost will be the first of several flagship locations that will open in the U.S. and abroad over the next 18 months, following the museum’s popularity with tourists, locals and celebrities including Katy Perry and Beyonce.

Tickets go on sale October 9 and there’s already a waitlist to sign up on the museum’s website. Admission costs $38 per person; children two and under are free.