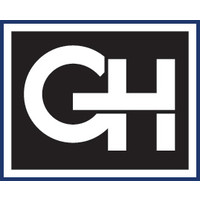 LIVINGSTON, N.J. – Since the New York State legislature passed the most sweeping and restrictive apartment rent-control legislation in state history last June and drove investment sales down to record lows throughout New York City, multi-family investor demand has gradually been shifting across the Hudson River to New Jersey’s out-commuter submarkets, according to Gebroe-Hammer Associates. As a result, these conditions have paved the way for even stronger trading velocity in 2020.

Based in New Jersey, Gebroe-Hammer is a nationally ranked multi-family-focused investment brokerage firm with a reported 127 apartment-property sales transactions totaling $1.9B and 12,155 units recorded last year. This is a 72% increase over 2018 and a promising marker of things to come for the sector in the next 12 months.

“2019 proved to be a record-shattering year in our firm’s 44-year history as well as for the most in-favor commercial real estate asset across every investor category – from high-net-worth individuals and family offices to private equity firms and institutional entities,” said Ken Uranowitz, Gebroe-Hammer president who joined the firm at its inception in 1975. “As new-product deliveries top off this coming year and apartment-fundamental pressure eases, multi-family investments are expected to continue their successive gains, quarter to quarter and year-over-year.”

In so doing, asking-rent and property-value acceleration will reach the mid-to-high range, depending on local submarket and overall metro variables, according to Uranowitz. Specifically, one of these influencing factors is the widespread focus on revitalization and adaptive reuse efforts from the cities to the suburbs.

“This phenomenon is being fed by the live/work/play formula, which found initial success in 24/7 urban centers and now extends to outer-fringe ‘urbanesque’ boroughs, townships and villages. Each is walkable and convenient to commuter transit options, has a rental housing stock that is undergoing a renaissance, popular dining/retail centers and central employment hubs,” explained Uranowitz.

During 2019, Gebroe-Hammer Associates was extremely active in exclusively representing sellers and procuring buyers in some of the Northeast’s most in-demand urban regions. A high concentration of sales were recorded in New Jersey’s East Essex, Western and Southeastern Union and Passaic counties and every municipality in Hudson County as well as the city of Philadelphia.

“The progressive repositioning of cities in this region is directly linked to far-reaching downtown revitalization plans crafted to spur new construction and value-add of existing properties,” added David Oropeza, executive managing director and the firm’s urban-core market specialist. “Collectively, these efforts are benefitting from private investment and, in turn, gentrification.”

Similarly, this same town-center model has made its way to the suburbs to attract former urban-dwelling millennials who now have school-aged children as well as affluent, downsizing empty nesters seeking to remain close to their friends and family. “The former remains loyal to their long-term choice of apartment-home living, while the latter is opting to retain their local ties without the burden of shoveling snow or costly home repairs,” said Uranowitz.

“Demand continues to ramp up throughout the Greater Philadelphia region – a metro on a meteoric rise in terms of the entry of new investors and capital,” said Executive Managing Director Joseph Brecher. “Value-add enhancements and redevelopment initiatives are transforming the apartment stock to create a lifestyle experience linking to nearby Center City, Philadelphia as the vibrant focal point.”