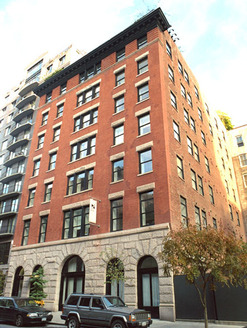 Madison Realty Capital has provided a $23.7 million loan collateralized by a seven-story mixed-use building at 54 Thompson Street in the SoHo neighborhood of Manhattan. The loan allows the borrower, a private owner, to refinance existing debt, fund tenant improvements and leasing costs, and cover all closing costs associated with the transaction.

The 29,164-square-foot building is currently 100% leased to six tenants including Pera, a Mediterranean restaurant on the ground floor; four legacy office tenants on the second and third floors; and co-working operator Breather, which recently signed a lease for the fourth and fifth floors and is slated to take occupancy in November 2019. The borrower will use the loan proceeds to complete the buildout of Breather’s offices and intends to create additional value on the second and third floors as short-term leases roll off.

“We believe the borrower’s business plan will take advantage of the steady stream of investment flowing into the SoHo neighborhood, as well as its strong residential and office markets, to create significant upside and success over the long term.”

Additional building tenants include Cheshire Films Inc., a branding and creative studio; Limonta Home Inc., a home linens company; Thompson Studios, an audio recording studio; and Visualhouse USA, a creative agency. The borrower occupies a 2,145-square-foot residential unit on the sixth floor, while the rest of the sixth floor and the entire residential condominium unit on the seventh floor are not included in the loan collateral.