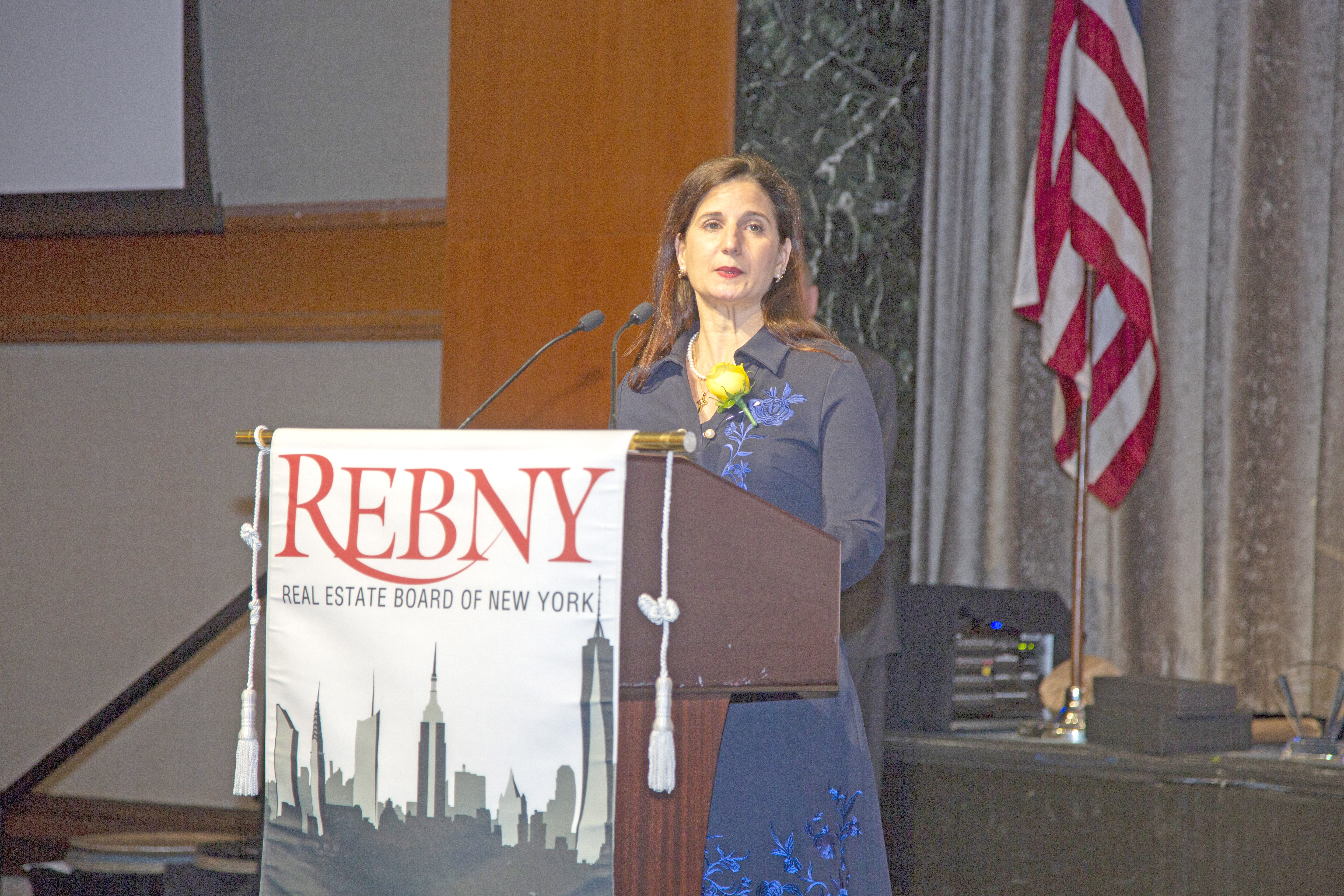 CBRE’s Theresa Morzello made history last week when she became the first woman to win the Real Estate Board of New Yorkʼs Edward A. Riguardi Commercial Management Executive of the Year Award.

“I feel like I’m walking in the footsteps of greatness, granted in stilettos, but following those who have received this award before me,” Morzello said.

During REBNY’s 15th annual commercial management leadership breakfast, Morzello was one of many females to earn accolades this year.

“Not only is our Commercial Management Executive of the Year Award winner a woman, but half of this year’s awards were presented to women,” said John H. Banks, REBNY President.

“We are gratified that more women in our industry are being recognized for their outstanding professional accomplishments and thank all of the honorees for their dedication to our industry.”

As CBRE’s managing director, Morzello is in charge of more than 65 properties that total upwards of 28 million s/f providing them with property and project management.

Before CBRE, she earned her stripes at other large companies including Cushman & Wakefield, MetLife and Emigrant Savings Bank in managerial positions. She began her career with the New York Power Authority as a maintenance engineer.

Morzello said she remembered the early days of her career where being a female created many internal challenges.

“Sadly, I spent a large part of my career trying to ignore the fact that I was a female working in a largely-male dominated industry,” she recalled. “Back then, my hopes and thoughts were that if I didn’t draw attention to it, just worked hard and did a good job, that eventually no one would notice I was a female engineer or later a female property manager.”

Morzello credited her climb to the top to mentors and companies she’s worked with who valued who she was on top of her hard work and skills.

“There are many very smart people in the real estate industry in decision-making position at great companies that realized I was a good engineer and manager largely due in part because I was a female, not in spite of it,” Morzello said.

But for the female population in the real estate industry, Morzello offered words of wisdom that came from her mother.

“It was something along the lines of, ‘If you really want something, just focus on it, have no fear, move quickly, be deliberate and stay strong,’” Morzello said.

“Because if you do, you will make your presence known, you will likely make an impression, you can and will add value and clearly there’s a good chance you will be rewarded for your effort.”

City counting on real estate industry to support next census