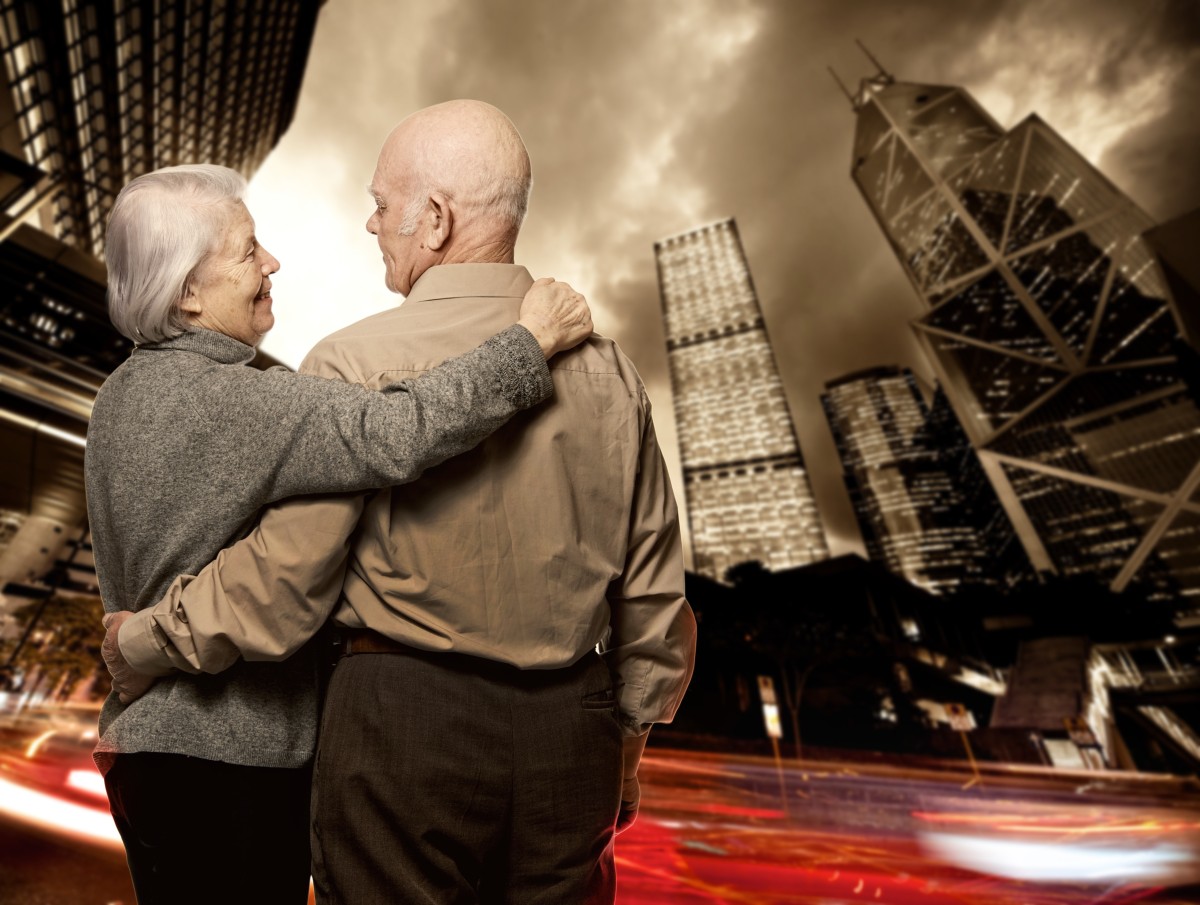 The daily routine of senior citizens may soon morph from bingo and lawn bowling to taking the subway and arguing with the guy at the deli.

According to Welltower’s 2017 Aging in Cities report, most city residents want to still be in a metropolitan area when they get to the age of 80 or over.

The survey, which collected responses from adults living in ten large cities — including New York — found that seven out of ten urban dwellers want their residency in a metropolitan area to extend into old age.

This goes up to eight out of ten residents for Baby Boomers, the oldest of whom are just eight years away from turning 80.

“The results of the survey challenge pre-conceived ideas about aging and show that most contemporary city dwellers want to age in their communities,” said Welltower CEO Thomas DeRosa.

DeRosa was referring to the stereotypical progression of life in a major metropolitan area. City residents tend to move into the suburbs as they get married and raise children.

In New York City, for instance, many continue to hold jobs while commuting from upstate, New Jersey and Connecticut.
Ofer Yardeni, the chairman and CEO of Stonehenge Partners, offered anecdotal evidence that this model is quickly becoming obsolete

“It’s not just the young generation that are staying in New York City. In my mind, the suburb died,” he said during a panel at AmTrust Title’s Real Estate Summit last week.

“People maybe don’t understand it and they don’t realize it, but I got a wake up three, four years ago when my daughter felt that the suburb was boring and wanted to move to New York City. So we moved and then I saw that ‘wow, there is life, after all, other than being in the suburbs.’”

Yardeni is not alone in realizing this. He said that the agony of long commutes is making people rethink their location.

“What I see now with most of my friends that have the last of their kids go to college, they’re all moving to New York City, they all want to be here. They all want to be in exciting places. So the suburb, the model that going home and driving and spending two hours on the train —  thank god the trains are not working, because more people want to live in New York City, it’s the best thing that happened to our business. “Whenever I hear that people are stuck for two, three hours, I get a phone call: ‘Ofer, do you have an apartment? I’m sick and tired of this.’”

The commute is one of the main reasons that City Connections Realty founder and principal David Schlamm is packing his U-Haul and heading back to Manhattan with wife Jill this weekend.

The couple are swapping their 5,000 s/f spread in tony Franklin Lakes, NJ, for a two-bedroom, 2-bath on the Upper West Side “firstly, because I am sick and tired of driving the back/forth into the city for the past 16 years,ˮ said 60-year-old Schlamm.

“We also have a fairly large house and with our two daughters not living there, it seemed silly to stay. Lastly, suburbia can be dull without kids and we look forward to a new lifestyle. We lived in the city before and are looking forward to all it has to offer again.ˮ

The Schlamms will be joining many new older residents likely planning to stay in New York City for the rest of their lives.

Houston residents were most satisfied with their home city, with almost 80 percent saying that they never want to leave. In New York City, about 60 percent said that they prefer to stay.

Data suggests that the United States is growing older. People are living longer and healthier lives, with seniors in their 70s and 80s becoming the fastest growing segment of the population.  According to the US Census Bureau, the number of people over 65 will jump by 37 million, or nearly 50 percent, by 2040. At that point, the number of 80-year olds will represent seven percent of the population. In 2012, the figure was at just four percent.

“With the rapid growth of the aging of the population, these preferences are going to shape urban living for years to come. We must find ways to adapt city life to these new demands of residents of big cities, where current options are limited.”

The survey found that the preference of city dwellers rests on several factors. One of the biggest was a desire for the “urban experience.”

Respondents said that they want their 80-year-old selves to be in an environment with shopping, cultural experiences, outdoor recreation and places to gather with friends.

The survey also found that 84 percent want to be in a diverse population, with most putting a premium on being in “a mix of different age groups.”

Meanwhile, 81 percent of respondents said that they would consider living in a senior living community in an urban area.

“It’s very easy to live in the city for an older person. It has all the amenities, all the services, are there at your fingertips. You can live in apartment. You don’t have to take care of your garden. You don’t have to drive anywhere. You can get food delivered. You can be as active or inactive as you want,” said Richard Pretsfelder, a partner at brokerage firm Leslie J. Garfield.

However, the most important priority for city residents is proximity to healthcare. This ties in to a preference for face-to-face interactions with health care professionals.

The survey found that while respondents believe their lives will be positively impacted by technology, they still want to meet with their doctors or nurses at a medical facility or at home.

Pretsfelder said: “There are a lot of jobs in the city. So children of older people are living here with good-paying jobs. Grandparents want to be near their kids and their grandkids. I think New York City is an increasingly attractive place for older people to retire.”

HAVE YOU HEARD: Nino Vendome on hunt for site to build Philip Johnson’s Habitable Sculpture