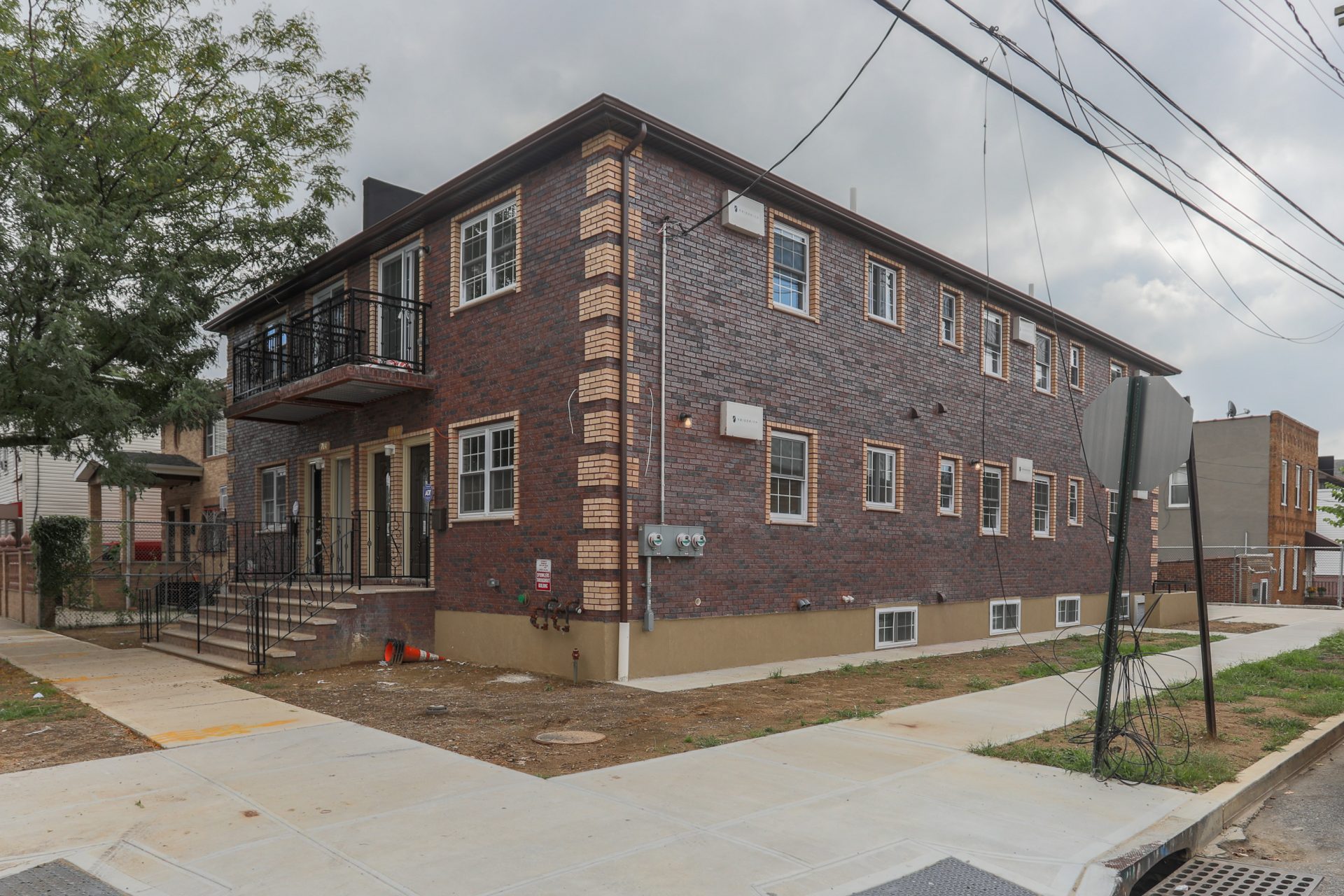 Million dollar homes have come to East New York at 710 and 714 Wortman Avenue.

Samuel Eshaghoff, the owner and developer of the two properties, purchased them for $450,000 when they were vacant development sites in August 2016. He planned to bring higher quality development to the area banking on a need for quality housing in an area that has very little ground-up development stock. Both Wortman Avenue properties are two-story, two-family units with basements and a driveway behind the building.

“We sought to do some things that other developers wouldn’t even think of doing in that area,” Eshaghoff said. “We spent a few extra bucks and got stainless steel appliances, stone countertops and custom-designed bathrooms.”

While the two properties command a $1 million price tag, the developer said the interest has been non-stop. Eshaghoff said the bi-weekly open houses see several dozen people and they received numerous calls when they listed the properties.

“We identified there was value to be generated from doing up-scale and higher quality development and the demand has just been overwhelming,” Eshaghof said. “We thought people would respond well and that it would generate demand far greater than what people expect of the neighborhood.”

East New York is located in the north-easternmost part of Brooklyn, just north of Canarsie. The neighborhood is bordered by Cypress Hill and the Cemetery of the Evergreens to the north (Jamaica Avenue), the neighborhood of City Line to the east, Canarsie and New Lots to the south (East 108th Street), and Brownsville and Bed-Stuy to the west (Rockaway Avenue).According to a 2017 PropertyShark survey of real estate professionals on the next big neighborhood, 11 percent of the responses noted that East New York would be next hot neighborhood.

“This pocket is like a blank slate for more and more developers to come in and really create nice product and housing to improve the quality of the community over there.”

The area saw a major rezoning in 2016 when Mayor Bill de Blasio and the city set out to promote more development and affordable housing.

It’s not just Eshaghoff who is riding the East New York development wave. Other developers are also looking to take advantage of the area’s abundance of vacant properties.

In August, Penrose Properties pre-filed permits for a nine-story mixed-used development at 50 Pennsylvania Avenue and Phipps Houses, a nonprofit developer of affordable housing, is working on a three-building project that will bring 1,165 affordable units to the area.

“This area is unique in that there’s still a lot of vacant lots,” Eshaghoff said of the neighborhood. “This pocket is like a blank slate for more and more developers to come in and really create nice product and housing to improve the quality of the community over there.”

According to Morris Zafirpoor, a broker with Keystone Realty covering the East New York neighborhood for three years, people are getting pushed out of pricier nearby neighborhoods.

Zafirpoor said the recent developments have been attracting the younger generation who are looking past Bed-Stuy and Bushwick but also the older generation who used to live in East New York and are impressed by the redevelopment of the area.

He added that Eshaghoff’s new development was pretty rare as most of the stock in the neighborhood is interior renovations. And other area brokers agreed that the price point is what’s driving all the residential interest.

On her home page, Elliman broker Tina Epstein writes, “Although East New York’s reputation, like that of several other nearby neighborhoods, had been tarnished in the 1980′s, the neighborhood is definitely on the way up. With multiple economic incentives, a steadily dropping crime rate, and a strategic position on the cross-roads of two major counties, East New York offers many opportunities for small- to medium-sized businesses, as well as residents looking for an economically stable area.”

“The main reason for interest is because the prices are reasonably low, usually under a million,” Kendal Vidal, a Citi Habitats broker, said. “If you’re an investor, it’s a great deal and if you’re buying a home, people are always looking for areas where they can get more bang for their buck.”

Vidal explained that the interest spanned all demographics because of the quality of the homes and the various train options in the area.

Derek Bestreich, president of Bestreich Realty Group, said they’re more focused on nearby areas like Flatbush or southern Brooklyn over East New York. He explained that there was low investor interest, but that the area was more suited for people looking to live there.

East New York and its potential. As for future development, Bestreich said he was not surprised to hear that some developers were looking to capitalize early on East New York’s vacant lots.

For Eshaghoff, he’s confident his two buildings will be the start of more developers looking East New York and its surrounding areas.

“Once people see how wildly successful we will make out, there’s going to be a flurry of activity,” Eshaghoff said. “We set out to do something new and we really proved that the market was far more viable than what people normally expect.”