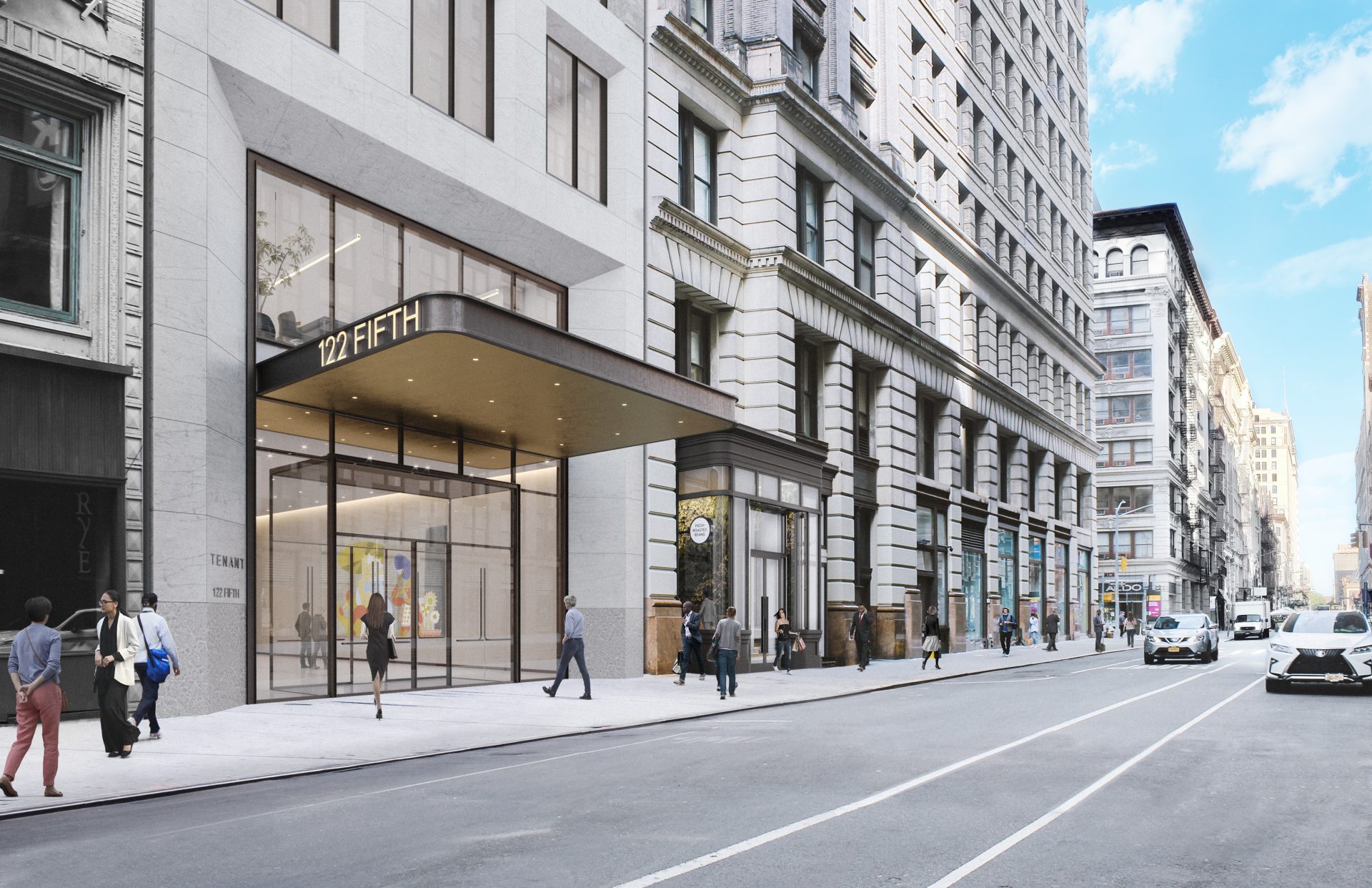 Microsoft Corp. has signed a lease for 150,000 s/f at Bromley Cos.  122 Fifth Avenue in the Flatiron District.

The tech giant will occupy floors six thru 10 under a long-term deal with the landlord, who is in the throes of remaking the building. The renovation includes expanding the floors to 27,000 s/f each by constructing an adjacent new building that will be merged with the original 122 Fifth structure.

The initiative allowed for the core of the building to be moved out of the center and give future tenants a more efficient experience not only from a layout standpoint but also in terms of maximizing natural light, according to the landlord.

Ownership is also creating a 13,000 s/f communal roof deck (above) for building tenants, with a 6,000 s/f glass jewel box pavilion space on top

Microsoft was represented by a JLL team that included longtime broker Lisa Kiell and Randy Abend.

A spokeswoman for Microsoft said the new lease “is part of ongoing efforts at the company to provide modern, team-based workplaces for employees, to foster the type of creativity and collaboration that will lead to ongoing innovation that will benefit our customers.”

122 Fifth Ave that will serve as an East Coast AdTech Hub for Microsoft, according to Michael Lawings, the firm’s Americas director of workplace services.

“Microsoft Advertising is coming together under one roof in the Flatiron,” said Lawings. “This move will encourage continued collaboration and community building among our New York City employees, and we are looking forward to designing a space that will help teams solve client and business challenges across the digital marketing industry.

“I am excited to get this project moving and eventually welcome the Microsoft Advertising team to their new space in early 2023.

Rob Wilk,  Global Head of Strategic Sales at Microsoft Advertising , added, “We have been saying that the office should be a place people want to go, not have to go, While 2023 may be a way out, I am so excited for what our future holds.”