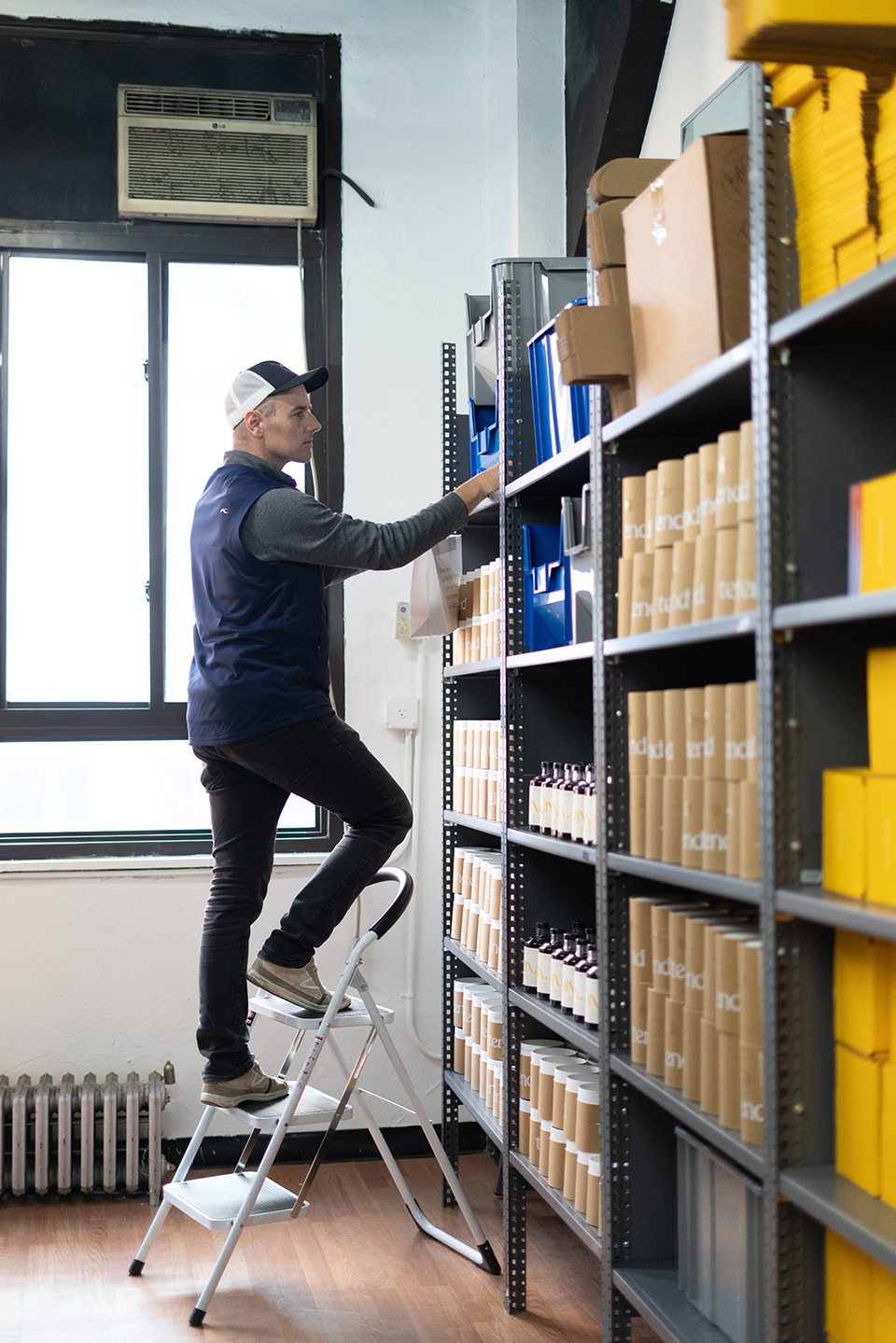 A New York-based startup is repurposing empty retail space to get online shoppers thisclose to their goods.

Ohi bills itself as “a tech-first platform that flips traditional warehousing on its head,” using what it calls micro-warehousing to make same and next day deliveries for a fraction of the current cost.

And by putting cyclists to work instead of planes, trains and automobiles, the company has put a priority on sustainability, slashing carbon emission levels and needless packaging.

“Consumers are increasingly aware of environmental issues,” said Ben Jones, founder and CEO of Ohi. “They want to make better choices, but we need businesses to enable them to make those choices. What we are doing is enabling customers to make that choice.”

Ohi is building a micro-warehousing platform that uses data-analytics to help e-commerce companies understand their customer demand and where they should be locating warehouses to best serve them. It repurposes unused spaces within cities into fulfillment centers, allowing direct-to-consumer brands to forward-position their inventory. The company uses minimal packaging, bike couriers to deliver the goods, and holds the inventory in spaces that are currently unused, rather than building any additional warehousing space.


“From an environmental standpoint, it’s more sustainable,” said Jones. “That was one of our founding principles. For every parcel someone orders online today, it’s the same amount of CO2 as charging your mobile phone for three weeks. The amount of cardboard used for e-commerce delivery each year in the United States is equal to a billion trees. That’s huge. So a big thing for us is sustainability.

“The key to meeting the needs of the Millennial and Gen-Z customer is the ability to predict demand, and then forward position inventory, getting it as close to the consumer as possible before the order is placed,” added Jones, who believes traditional warehousing networks are no longer fit for purpose in the next-day and same-day world.

With its head office located at 335 Madison Avenue, Ohi has already opened a handful of modestly sized micro-warehouses in New York and Los Angeles and is actively looking to lease more unused retail following a round of fund raising led by investment firm Flybridge Capital Partners that brought in $2.7 million.

By the end of 2020, Jones said he expects Ohi will have 20 locations across five cities, including Washington, DC and San Francisco. Franchising future warehouses is also a possibility.

The key, Jones said, is to help the e-tailers Ohi serves understand where the bulk of their customers are located when choosing where to place micro-warehouses. This way the company can ensure customers can get next or same day delivery.

“Our product is part service, part technology,” said Jones, who began his career in finance. “It’s all data driven. Customers increasingly want deliveries faster and faster and with Amazon, it’s becoming increasingly important to keep up.”

It’s also helpful that right now, owners of retail space are more willing to negotiate on rent and Ohi is willing to bet that advantage is here to stay as consumers continue to switch to online shopping.

“Over the next 2-5 years, retail will be increasingly experiential, to experience the brand. You see it with pop-ups,” said Jones. “So the need for a 20,000-50,000 s/f store on Fifth Avenue is decreasing. I don’t see it as a short-term market we’re taking advantage of.”

One of the customers who have been utilizing Ohi’s leaner and greener business model is skincare brand Loli Beauty, which describes itself as an “organic” and “zero waste” company.

Tina Hedges, founder of Loli, which was also Ohi’s first client, said she felt that the convenience of fast delivery didn’t have to come at the cost of her values on sustainability. “We’re excited to offer our customers the instant gratification of same-day delivery of our zero waste products with a zero carbon footprint,” said Hedges.

Meanwhile, though the use of retail storefronts as micro-warehouses could grow as brands shift their focus online, the traditional warehouse market is still booming. This year, warehouse construction reached unprecedented levels in the U.S. due to e-commerce demand, according to a report earlier this year from CBRE.