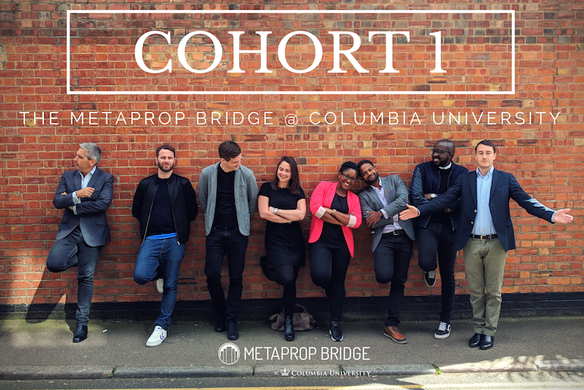 Four of the real estate industry’s most innovative new technologies are set to expand into the American market as part of a pioneering program to revolutionize the industry.

MetaProp NYC – a Manhattan-based company credited with introducing old New York real estate to new ways of running the business – is partnering with Columbia University for the first-ever cross-border campaign to match state-of-the-art creators with real estate and finance luminaries who can help them take their product to the next level.

Four front-line startups were selected from Europe, the Middle East and Africa (EMEA) to participate in a 14-week accelerator program operated in London and at the Metaprop offices in New York City.

The curriculum includes matching them with award-winning investors, experienced mentors and real estate, technology and institutional partners in North America. Each startup also qualifies for up to $250,000 in financing from MetaProp.

“There is an abundance of compelling technology for the real estate industry emerging from Europe, the Middle East and Africa . We are happy to now have the infrastructure to partner with and support some of the most promising EMEA PropTech startups as they launch in North America,” said Leila Collins, who leads MetaProp’s acceleration programming.

The first cross-border group  – called a cohort in tech speak – includes Airlite, a UK start-up that has produced a paint that transforms an ordinary wall into a natural air purifier; Finland-based 720.io is a cloud based analytics service that turns environmental data into healthier; Frontdoor, a French business intelligence service for real estate agents and; YourWelcome, a technology hub for short stay rental owners operating in the UK.

The first eight weeks of the international bridge accelerator program are spent in London, preparing each startup for serious international expansion. The startups will then travel to NYC in June for intensive customer  meetings and pitch preparation in the city’s own Silicon Alley. As program partners, Columbia University provides academic resources for the cohort and hosts a series of special forums. The program culminates with a five-city, two-week roadshow across North America.

“From our first days on the ground in London, it was clear that this is a critical time for PropTech in EMEA,” said Collins, noting that MetaProp NYC’s team and strategic seed stage funds have invested in more than 80 American technology companies since founding just three years ago.

To date, those companies have gone on to raise more than $2 billion and employ 1,500 people globally.