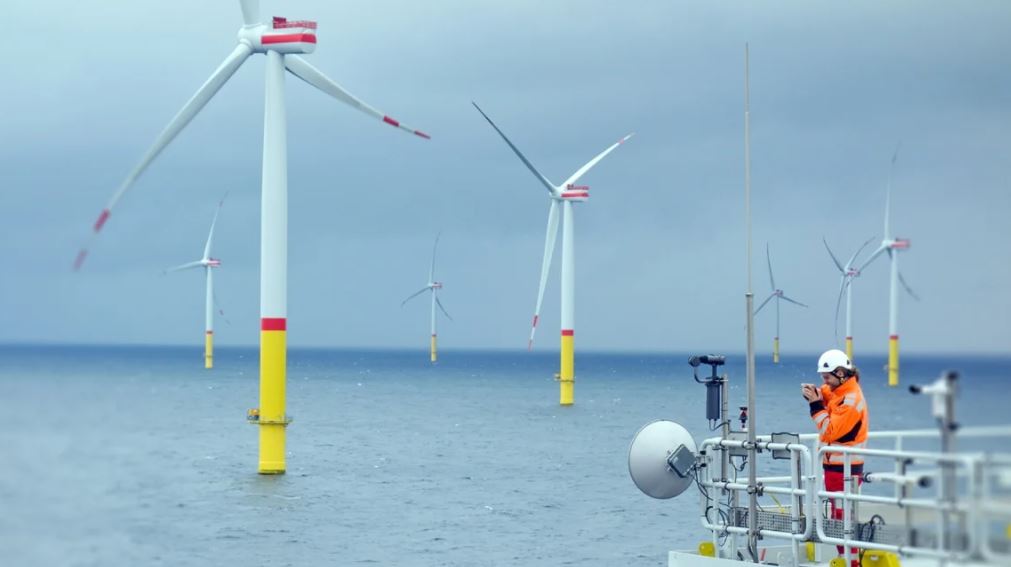 The plan also ensures the city meets nation-leading climate goals of 100-percent clean electricity by 2040 and carbon neutrality by 2050.

The move to wind investment will put New York City on path to create over 13,000 jobs and generate $1.3 billion in average annual investment, according to the EDC.

It will also reduce  CO2 emissions by 34.5 million tons – the equivalent of removing nearly 500,000 cars from roadways for 15 years

“The Climate Crisis is real. New York City will serve as the model for taking climate action and growing the Offshore Wind Industry with a real long-term vision plan focused on equity,” said Mayor de Blasio. “We have the opportunity now to deliver on promises and set the City on a path towards a sustainable future.”

In Sunset Park, Brooklyn, NYCEDC and its partners have collaborated to activate the South Brooklyn Marine Terminal (SBMT) into a OSW port, to be operated by Equinor, a global developer of offshore wind power operating the Empire Wind Project. This ensures that a sizeable piece of the burgeoning industry will land in New York City by the mid-2020s.

The plan announced this week cements the focus on three core areas: sites and infrastructure, business and workforce, and research and innovation.

New York needs to build the infrastructure that will support the construction and operation of offshore wind farms and the plan outlines how the city will expand its manufacturing sector to build, stage, and install wind turbines, and ensure they can be serviced and powered locally.

NYCEDC will also be working with the offshore wind industry and partners to launch an accelerator that will allow New York-based startups to build out the next generation of technologies to support advancement in the field.

“This forward-looking plan to grow the Offshore Wind Industry sets New York City up to reduce emissions while creating good green jobs,” said United States Senate Majority Leader, Charles E. Schumer. “The Mayor has long understood the way transforming our energy system will drive our economy to new heights. I am thankful to him for continuing to provide bold leadership on this vital issue.”

To help ensure progress is made, NYCEDC will establish an Offshore Wind Industry Advisory Council led by co-chairs Elizabeth Yeampierre, Executive Director of UPROSE, and KC Sahl, Northeast Energy Market Leader at VHB, a civil engineering firm active in the offshore wind industry. The council will be made up of additional community, business and nonprofit leaders with relevant expertise and experience.

“For decades, offshore wind developers, supply chain manufacturers, consultants, and environmental justice organizations have dedicated themselves to a clean energy future, while creating economic opportunities for all communities. The New York City Offshore Wind Advisory Council will work to align these efforts to best serve the future of New York City,” said Sahl.

In July, New Jersey cleared the way for hundreds of wind turbines off the state’s coast in coming years.