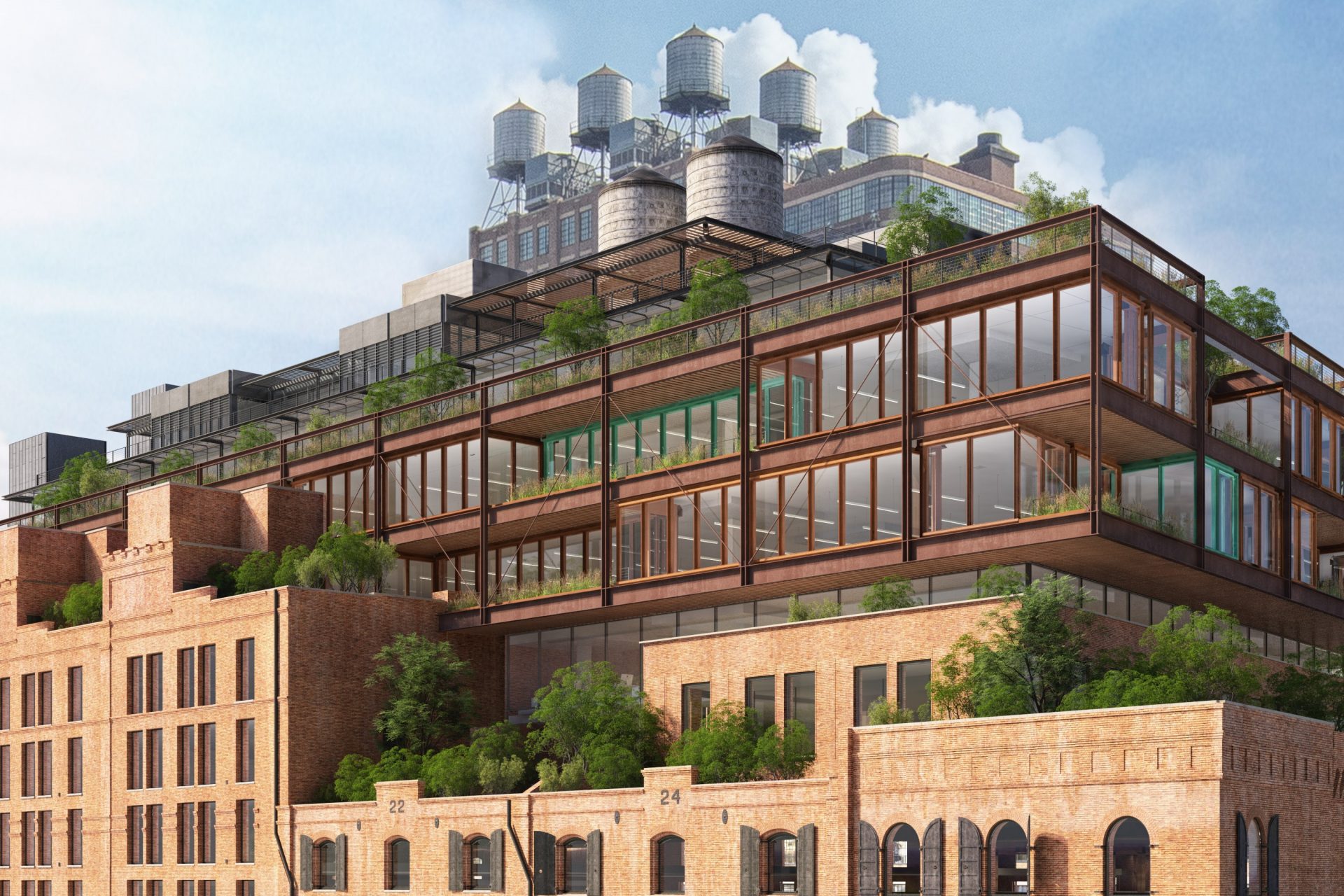 The property, which occupies an entire city block from 11th to 12th Avenue and 27th to 28th Street in West Chelsea. will be transformed from a purpose-built storage facility into a state-of-the-art workplace.

The Joint Venture Parnters have committed to preserving and restoring Terminal Warehouse’s most distinctive historic characteristics.

Their capital program includes the restoration of the massive arched entrances on 11th and 12th Avenues by creating monumental, recessed entries. The tunnel itself will be refurbished with the building’s original wood, brick and exposed rail tracks.

The team has made a deliberate decision to save, reclaim and reuse as much of the interior’s heavy timber as possible while simultaneously adhering to modern building codes.

Most of the existing wood columns were taken from trees that were 350 years old at the time of Terminal Warehouse’s construction in 1891, so 478 years old today.

In all, the project will involve the preservation, restoration and/or replacement of 3.2 acres of brick masonry; 1.4 million (board) feet of wood; 756 windows; 338 pairs of iron shutters; metal signage, chimney, flagpole and other historic details.

As part of the team’s proposal, Terminal Warehouse’s beating heart – the 200 foot wide, 670 foot long train tunnel with exposed rails that traverses the length of the building – will be fully restored and activated with shops, restaurants and other 21st century amenities.

At the center of the building, the team will create an outdoor courtyard and landscaped terraces while also bringing daylight into all of the building’s 1.2 million square feet.


The floor area that will be removed to make room for the new courtyard, as well as a series of double-height interior spaces, will be relocated to the western portion of the building.

By relocating this square footage to the west, L&L and Normandy will minimize the visual impact of the redevelopment from within the West Chelsea historic district and remain within the building’s current, as-of-right zoning envelope.

Built by the Terminal Warehouse Company and completed in 1891, it was the only facility with direct access to the river, streets and rail lines and served as a vital transfer point for goods heading into and out of New York City.

DONE DEALS: A look at this week’s residential sales