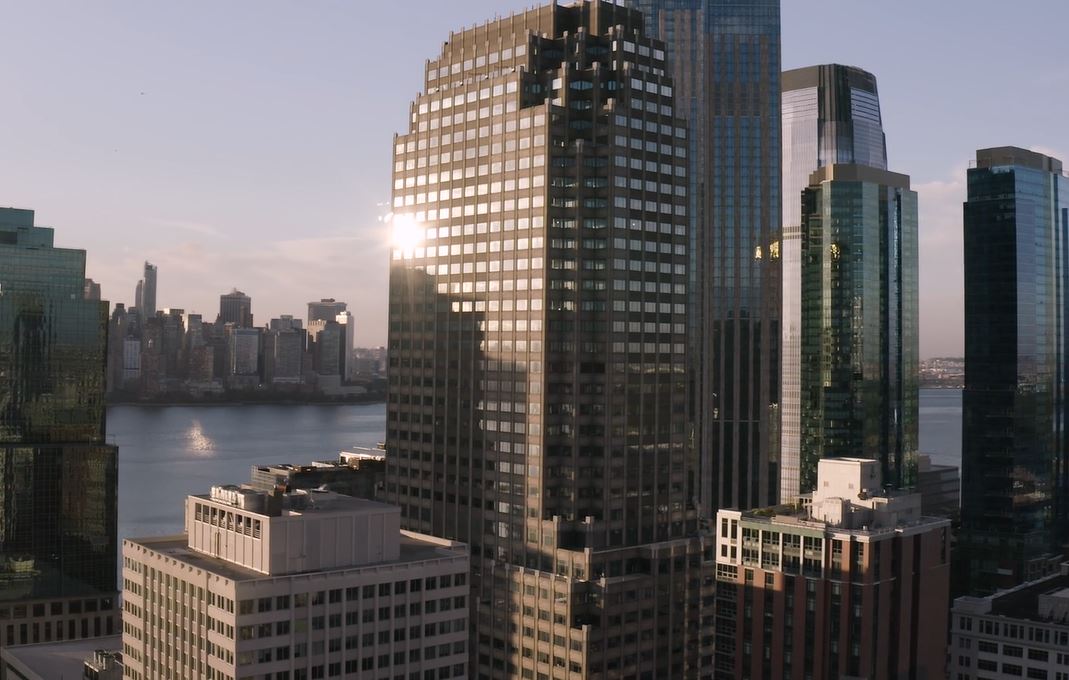 Mack-Cali is in contract to sell a trophy office tower on the Hudson River waterfront for $380 million, according to sources close to the deal.

Mark Meisner’s Nanuet-based Birch Group is the buyer of 101 Hudson Street, a 1.2 million square-foot class A office tower in Jersey City which Mack-Cali bought for $329 million in 2004.

The REIT remortgaged the tower with a 10-year, $250 million loan in 2016, money that was used repay outstanding secured and unsecured debt as the company worked to streamline its suburban office portfolio to focus on its prime waterfront assets.

Last year, AIG inked a deal to take a reported 230,000 s/f of space in the building, previously known as the Goldman Sachs tower.

Mack-Cali declined to comment on the sale and no word yet from the Birch Group. Cushman & Wakefield confirmed its Adam Spies, Andy Merin, David Bernhaut, Kevin Donner, Gary Gabriel and Frank DiTommaso arranged the sale, but declined further comment.

The sale stands out among two years of suburban office disposition at Mack-Cali. This year alone, the company has sold $549 million of suburban office buildings and newly appointed CEO Mahbod Nia has been focused on boosting the share price and rewarding investors who’ve stuck with the firm through a takeover battle and a pandemic.

During the 2Q earning call he said, “We remain highly focused on our strategic objectives of simplifying the business and streamlining the balance sheet, as illustrated by the disposal of virtually all of our remaining suburban assets during the quarter, substantially in line with our pre-pandemic valuation expectations.”

A Colony Capital and Northstar (NRE) alum, Nia was credited with helping NRE get its business in order ahead of a sale to AXA Investment Managers that netted a 16 percent IRR.

During a summer NAREIT meeting, Nia spoke about expanding Mack-Cali’s lucrative multifamily platform beyond its core in New Jersey.

He told investors during the earning call, “That comment was more centered around concentration risk and whether to the extent that we do gravitate more toward becoming a multifamily REIT, whether we should be more concentrated in our current markets or look to new markets.

“We’re at the point where we’re really evaluating potential options for us in the future, but no conclusive decisions have been made at this point.”

Analysts have given the efforts a gold star. Although BTIG’s Thomas Catherwood just lowered his share price target from $30 to $26, Mack-Cali is still considered a buy. As of September, its share price was 16.65 – way below the 56 it enjoyed in its heyday during the 2000s but a major improvement on its most recent 52-week low of 10.35.

The sale of 101 Hudson is likely to help Mack-Cali pay down a $400 million loan and credit facility it arranged with JPMorgan Chase Bank in May 2021.

David J. Smetana, chief financial officer, said during the earning call that the company was also looking at disposal of excess land adding, “hotels probably are not part of our long-term kind of operating core portfolio. So those in total should be able to take care of the remaining line balance.”