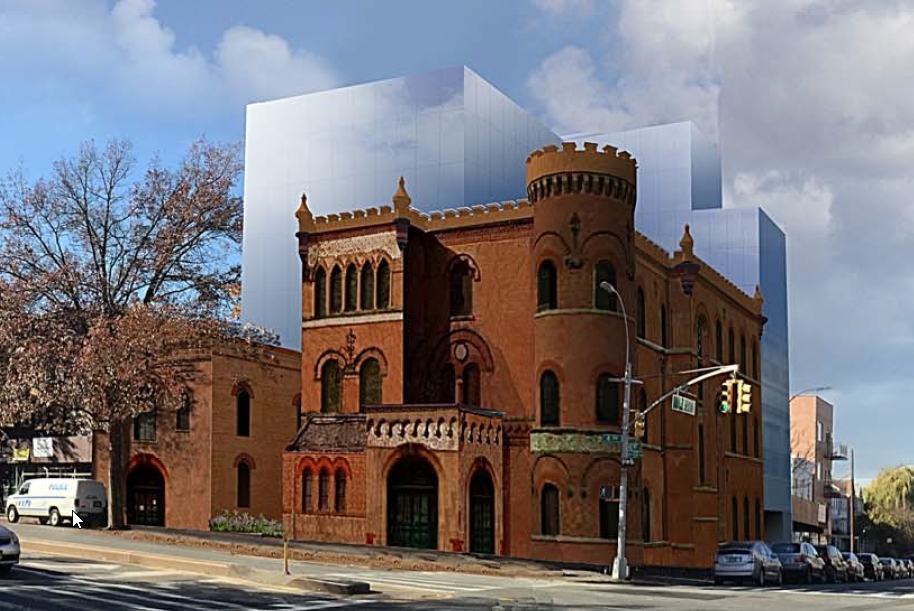 Brooklyn developer Yosef Streicher is mulling several designs that will transform an abandoned castle into a luxury condo with a tony restaurant and community facility.

“Mr. Streicher is as passionate about this beautiful property as anyone would be if they only saw it up close. He believes that his passion is contagious,ˮ owner’s rep Barry Shisgal told Brokers Weekly.
Streicher paid $6 million for the landmarked castle on the corner of 4th Avenue and 43rd street in Brooklyn last year.

Designed by Emile Gruwe as the new City of Brooklyn police station in 1892, it operated as a police facility until 1970. It began to fall into disrepair and then a fire in 1980 left it a shambles.
The city then sold the property and the castle switched hands multiple times. Both the Sunset Park School of Music and the Brooklyn Chinese American Association bought it an tried unsuccessfully to raise enough money to restore it.

Now Streicher is planning to invest $5 million in restoring the castle to its original glory. Shisgal said the plans include “opening a community facility and a luxury café in the existing buildings, constructing an extension with approximately ten luxury residential condos.ˮ

he has commission several architectural firms to submit schemes and concepts which are currently being reviewed.

One design by Brooklyn architect Ben Herzog has caught Streicher’s eye in particular, according to Shisgal, and is currently the most likely scheme, he said.

Once a design has been selected, Streicher must seek approval from the city Landmarks Preservation Commission.

Shisgal predicted a plan would be ready to present to the local community board within the next three month before moving onto the Landmarks Preservation Commission.

“Mr Streicher believes that his passion for the project is contagious,ˮ said Shisgal. “It’s a travesty that this gem has been neglected by its original owner, the City of New York, and later by various bargain hunters.ˮ