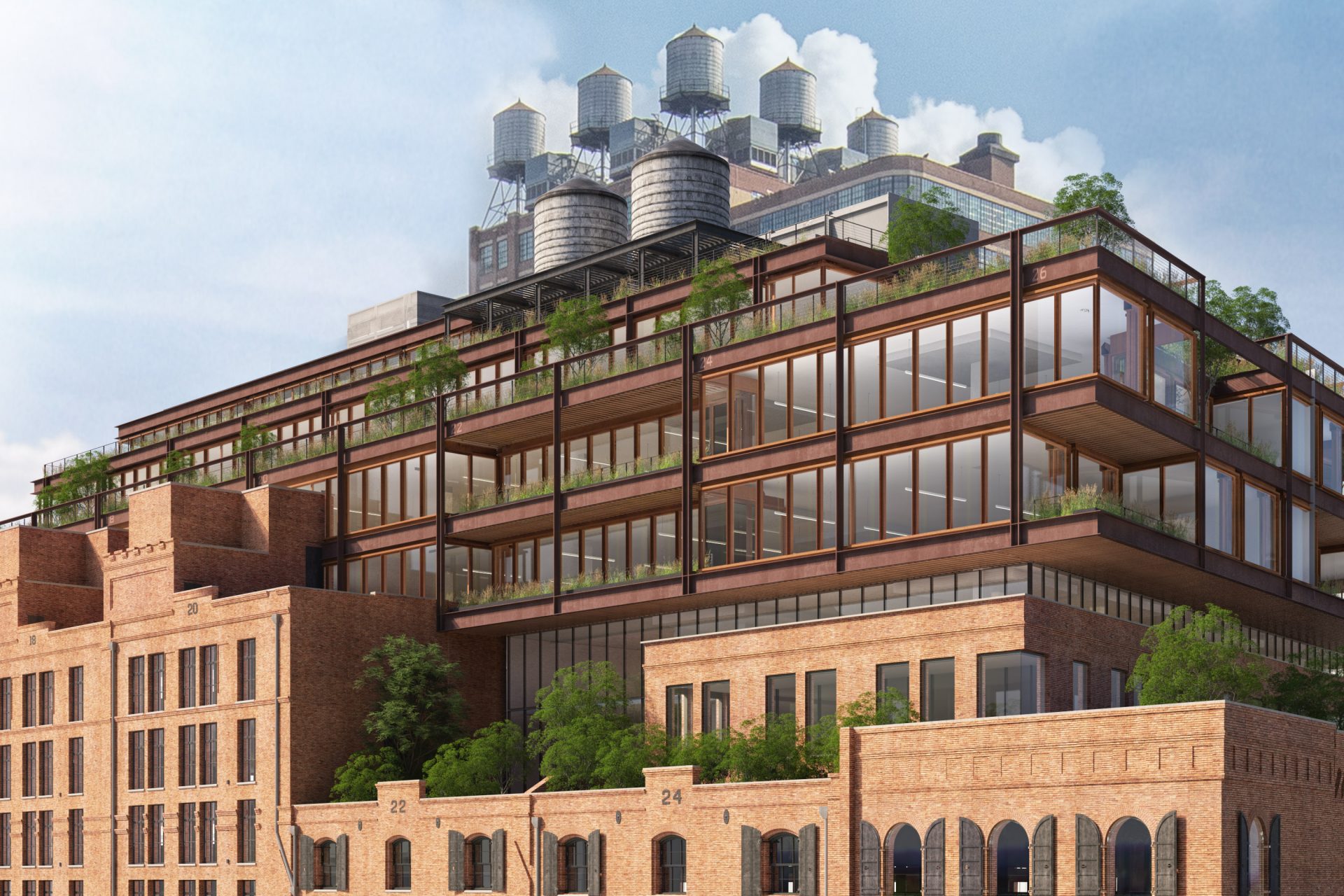 L&L Holding Company and Normandy Real Estate Partners announced that their revitalization plan for the historic Terminal Warehouse in West Chelsea has been approved by the New York City Landmarks Preservation Commission (LPC).

Under the proposal approved by the LPC on January 21, the 1.2 million square foot Terminal Warehouse will be transformed from a purpose-built storage facility into a thriving state-of-the-art workplace that celebrates the property’s unique place in New York City history.

A major focal point of the preservation and redevelopment plan will be the ancient timber that was incorporated throughout Terminal Warehouse during its original construction.

Through dendrochronological research, the team determined that the oldest timber used to create the columns, girders, joists and floor deck were taken from trees that started growing in 1512, making them 508 years old today.

L&L and Normandy will save, reclaim and showcase as much of the interior’s heavy timber as possible while still adhering to modern building codes.

“We are grateful to Community Board 4 and the Landmarks Preservation Commission for engaging with us on an adaptive reuse plan that further builds upon the more than a century long evolution of Terminal Warehouse while ensuring its authentic features are restored and preserved for future generations.”

“The Terminal Warehouse project has been a labor of love from the start,” said Rick Cook, Founding Partner of COOKFOX Architects.

“Thank you to the Commission for their diligence in helping us to preserve this critical and storied piece of Manhattan’s West Side waterfront infrastructure and create a new, high-performance workplace for the future.”

Built in 1891, Terminal Warehouse occupies an entire Manhattan block from 11th to 12th Avenue and 27th to 28th Street.

As the first major New York facility with direct access to the river, streets and rail lines, the building initially served as a transfer point for goods heading into and out of the city.

The property’s most distinctive characteristic is the tunnel with a twin set of rail tracks, which runs through the center of the facility and originally offered a direct connection from the Hudson River’s docks to the freight line operating at street level along 11th Avenue.

The 670 foot long train tunnel that traverses the length of the building will be restored, uncovering some of the property’s history such as its original wood, brick and exposed rails, and activated with shops, restaurants and other 21st century amenities.

At the center of the building, L&L and Normandy will create an outdoor courtyard and multiple landscaped terraces, which will bring daylight into the building’s full city block floorplates.

As part of the plan approved by the LPC, the floor area that will be removed to make room for the new courtyard and double-height interior spaces will be relocated to the western portion of the building.

L&L and Normandy also will convert Terminal Warehouse’s 500,000 s/f of self-storage space and other vacant area into modern office space.

In all, the project will involve the preservation, restoration and/or replacement of 3.2 acres of brick masonry; 756 windows; 338 pairs of iron shutters; metal signage, chimney, flagpole and other historic details.