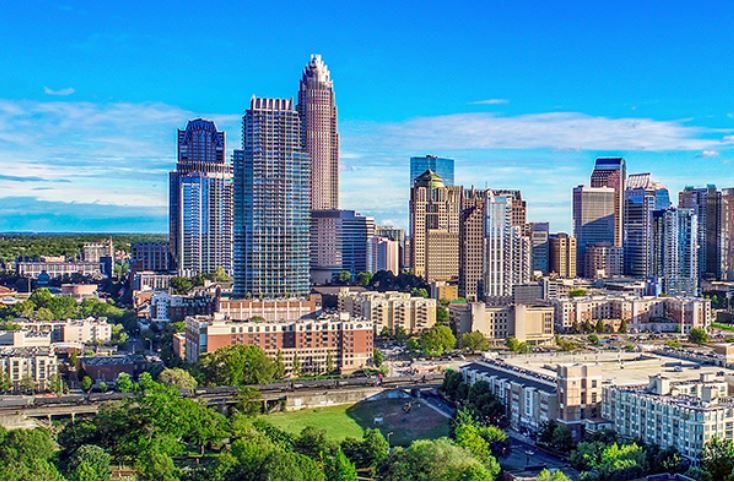 NYC-based Lightstone has opened an office in Charlotte, N.C., as it looks to expand its investments throughout the Southeast.

Lightstone has been aggressively expanding its national presence over the last year with additional office openings in Los Angeles and Dallas.

“We are excited about opening an office in Charlotte and continuing to be part of the Southeast’s tremendous growth,” said Mitchell Hochberg, President of Lightstone. “With a current industrial acquisitions pipeline of $250 million, we expect the Southeast region to become an even larger part of our diversified portfolio in the very near term.”

The coronavirus pandemic has driven increased interest in suburban markets with Sunbelt cities such as Charlotte drawing interest from companies and individuals attracted to their business-friendly regulations, growing workforces and lower cost of living.

Lightstone already has an extensive existing portfolio across the Southeast, including 1.7 million square feet of commercial and industrial properties, 2,700 multifamily units, and 650 hotel keys.  Most recently, in October 2020, the company acquired a distribution facility in Charlotte, which it renamed the Lightstone Logistics Center.

Lightstone will be sourcing new acquisition opportunities, initially focusing on the industrial and multifamily asset classes, and eventually expanding to other property types.

The Charlotte office will be headed by Managing Director Conor Mullen, who joined Lightstone in 2013 and will be relocating from New York. Mullen has played a leading role in Lightstone’s national acquisitions strategy and has been instrumental in spearheading Lightstone’s industrial platform.

Lightstone is active in 24 states across the country, developing, managing, and investing in all sectors of the real estate market, including residential, hospitality, commercial, and retail.

The company has a $3.5 billion portfolio currently under development in the residential and hospitality sectors spread across New York City, Los Angeles, and Miami.