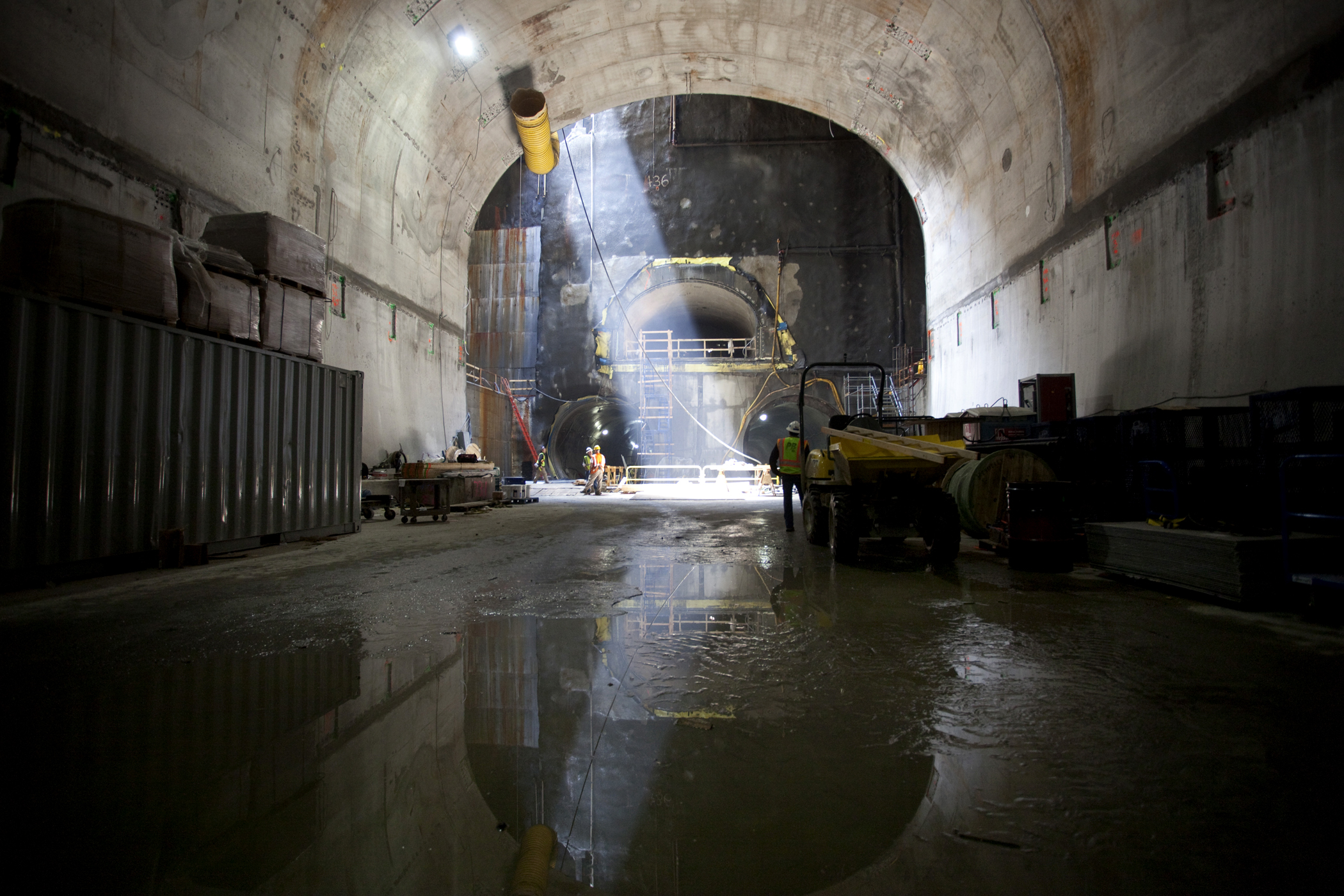 Light at end of tunnel for Second Ave. subway

Peggy Olson, a rising copywriter at the Manhattan ad agency Sterling Cooper, stood in a fictional Upper East Side apartment with a frown on her face. The year was 1968, and Olson was house-hunting.

“It’s a little farther east than I wanted,” Olson told the broker. “In fact, it’s about as far east as you can go. You can see the highway from the corner.”

“You can see the river,” replied the broker. “Who needs Central Park if you can smell the ocean and the Hungarian bakeries. And believe me, when they finish the Second Avenue Subway, this apartment will quadruple in value.”

The inside joke in this dialogue from the TV series Mad Men, in case you missed it, is that the Second Avenue Subway has been about to be built for a very, very long time.

But now, after decades of agonizing delays, the new subway line is finally on track to become a reality.

And although residents probably won’t see their apartments quadruple in value, they can look forward to much improved transportation.

Phase one of the project, which will extend the current Q line from 63rd Street to 96th Street, is scheduled to be completed in 2016.

Amazingly for a public project of this magnitude, it will probably finish under its original budget of $4.45 billion, according to MTA’s president of capital construction Michael Horodniceanu.

Horodniceau explained the lower costs with competition among contractors, and with the fact that contractors became more experienced and efficient as the project went along.

As of April 1, two thirds of the work on the subway line is complete. At a recent tour of the construction site, Real Estate Weekly got a glimpse of the progress made.

The future 86th Street station on Second Avenue is currently accessible only through a giant hole in the ground. With water dripping off the bedrock on all sites, entering the construction site feels a bit like cave climbing. The domed cavern, ringing with the noise of drills and construction machines, will soon be divided into three floors: upper level, mezzanine and track level.

Blasts and muck removal have been completed, and workers at the site are currently busy finishing off the walls. Keeping the future station waterproof is a complicated endeavor. A plastic middle layer between outer and inner concrete walls is meant to stop water from dripping down, and drainage mechanisms will remove any water that may build up.

Invisible lines separate contractors from one another — a proximity that can lead to friction.

“Contractors don’t play nice in the same sandbox. That’s why you need a sort of parental supervision,” Horodniceanu said with a cryptic smile.

Despite the progress made, there is clearly a lot of work left. Station finishes, entrances and systems have yet to be installed. While the tunnel between 86th and 72nd Streets already looks like a subway tunnel, it still needs tracks.

And even when all work between 63rd and 96th Streets is complete in 2016, Phases 2, 3 and 4 of the project still remain. If all goes according to plan, a new T line will one day connect 125th Street to the Financial District via Second Avenue, but budgets and schedules have yet to be set up, not to mention the question of funding.

Some brokers in Murray Hill or the East Village may already be selling proximity to the future subway line. But it should take a few more decades before you can get on the Second Avenue Subway at 14th Street.