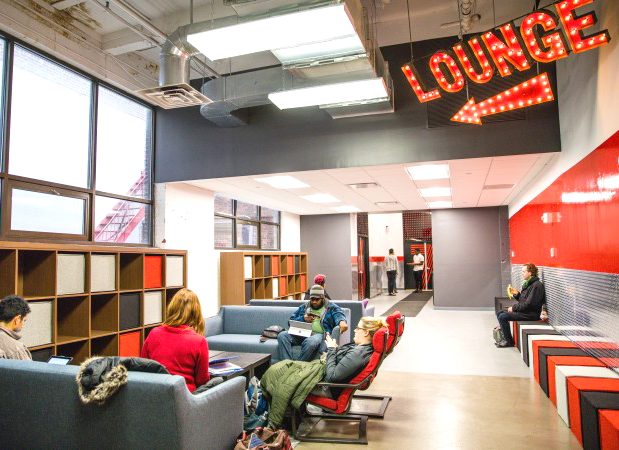 An office and studio complex has more than doubled its footprint in Long Island City.

A new television and film space is equipped with HD Canon cameras, lighting equipment and a sound booth with recording equipment.

“In just 15 years since the launch of RWS, the company has seen tremendous growth in both clientele and production, so it is only fitting that our office and studio space reflect this development,” said Stana.

“This expansion allows us to better service the needs of our clients as casting, design, development, production and rehearsals for our live productions are now all handled internally under one roof. This vertical alignment allows for the furthering of RWS’ global expansion.”

The expansion was built by Celtic General Contractors, while the layout was designed by RWS’ Rich Bittner and the interiors were designed by Josh Minter Design. Jeffrey Rosenblatt of the Kuafman Organization brokered the expansion on behalf of RWS.