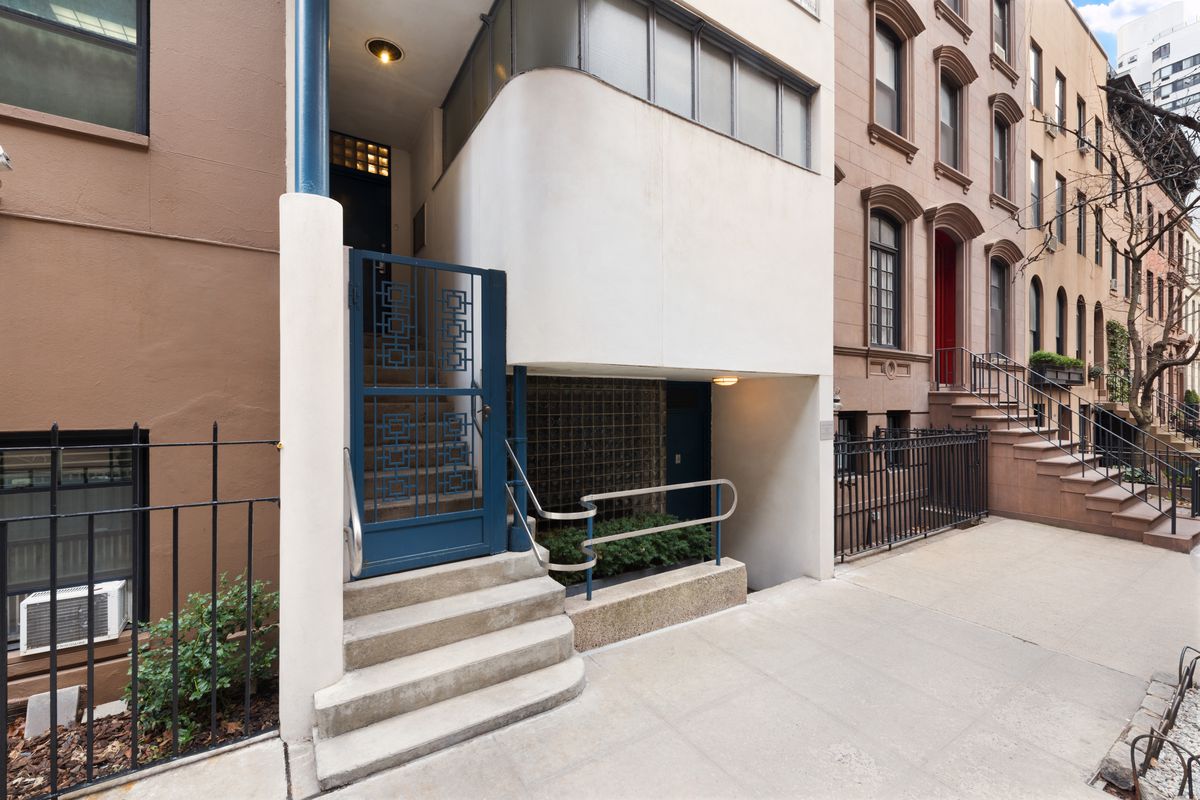 The first “modernist” house ever built in New York is being offered for sale for $4.95 million.

Designed by Lescaze in 1936, it was New York’s first modernist house and the start of a new architecture movement in the city. Three generations of Lescaze’s called the place home until Kaufman bought the building in 1985 as part of a larger real estate strategy they had in play at the time.

Now, the partners are ready to offload the Lescaze house and the other buildings it owns at 210 East 49th Street, the current home of Avion Tequila, and 209 East 48th Street, which is occupied by Elite modelling agency.

“The William Lescaze house is one of the more historical private homes in New York and is a prime example of New York’s unique architecture,” said Lesser, a New york townhouse expert who has represented over $1 billion in real estate, including the most expensive Upper West Side single family townhouse in 2011 at 247 Central Park West for $22.375 million.

In 1976 it was designated an official New York City landmark, and in 1980 it was added to the National Register of Historic Places.

The house is currently under the management of Sage Realty, which completed a total restoration prior to 2011, transforming it into both residential and commercial space.

Built by Lescaze to be his private home and office, it was the first property of its kind to feature glass blocks within its design and to utilise a rhythmic pattern of solids and voids in order to create a truly modernist building, devoid of any non-functional or superfluous detailing.

The entire five-story property is free-flowing and ripe for interpretation by a new owner, according to Lesser.

There is 7,000 s/f of interior space accessed by a glass-enclosed, hydraulic passenger elevator and, in its current make-up, the spaces have been converted to conference rooms, a new Boffi kitchen and fully-built bar area for entertaining and relaxing.

In the courtyard, solid glass block skylights have been replaced with structural glass of the same size and spacing. The street façade has been renovated as close to its original condition as possible, with the stucco finish patched and repainted to approximately Lescaze’s original specification.

All of the exterior renovation work was approved by the City of New York Landmarks Preservation Commission.

The Turtle Bay Historic District is situated on the East Side of Midtown Manhattan and is commonly known for being home to the United Nations headquarters and the Chrysler Building.  Having seen stratospheric regeneration post-war, from slaughterhouse foundations to stucco-fronted fine homes, the neighborhood became particularly popular with succeeding generations of media influencers, artists and writers, including writer Garson Kanin, editor Maxwell Perkins and publisher Henry Luce.

It became a historic district in 1966 and continued to attracted famous faces, including Katherine Hepburn and Charlotte’s Web writer, E.B. White, who lived on 48th Street near Kaufman’s second property, 209 East 48th Street.

Priced at $3.95 million, the property “presents the ideal opportunity for conversion and would make a good single-family property,” according to Lesser. Approximately 3,900 s/f and spread across four stories, it is set-back from the street and is currently split in two.  There is a ground floor apartment and an upper triplex property with hgith ceilings, a terrace and a 50 ft. deep, north-facing garden.

Priced at $7.95 million, 210 East 49th Street “is the ideal investment for a corporate headquarters or consulate building,” said to Lesser. Standing at 20 ft wide, five stories and over 7,000 sq ft in total with an elevator, its current make-up comprises of conference rooms, fully built bar area for entertaining and relaxing.

One of the last Lescaze properties to hit the Manhattan market was 32 East 74th Street, which sold for $16 million in 2015.

Said Lesser, “These three townhouses have been cared for during Kaufman ownership. Each is unique in it’s offering. A fully commercial townhouse in a prime Midtown East district is a rarity and will attract all types of investors and users for its convenience and privacy.”