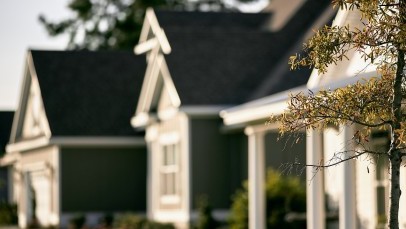 Less than ten years after the worst recession in eight decades, the residential mortgage industry is starting to grow more aggressive in its lending practices.

“Likewise, lenders – and investors – are advertising programs aimed at opening up credit to borrowers previously unable to access the mortgage market. At the same time, forthcoming reporting changes by credit bureaus are expected to improve the credit scores of tens of millions of borrowers, bringing them into acceptable ranges. Together, these developments hold the potential to unleash first-time homebuyer demand.”

There are signs that first-time homebuyer mortgages are already rising. According to the Housing Finance Policy Center’s May 2017 Monthly Chartbook, purchase mortgages, which are loans for buying homes, stood at 60 percent for first-time homebuyers in February of this year.

This represents a 3 percent increase from the same month last year. The figure is just below the 2009 peak of 63 percent, when the temporary first-time homebuyer tax credit was still available.

“Increases in the first-time homebuyer share are to be expected in the face of an improving economy, falling unemployment, and rising household formation and Incomes,” the report read. “The increase in the first-time homebuyer share has occurred alongside an increase in new home construction and a decrease in the size of the average home. Per the Census Bureau, cumulative single-family housing starts totaled 260,000 in the first four months of 2017, in comparison to 243,000 and 209,000 during the first four months of 2016 and 2015 respectively. But more importantly, the median square footage of newly built homes continued its downward trend and declined to 2,628 in Q1 of 2017 from 2,658 in Q1 2016 and 2,736 in Q1 2015. These data suggest that homebuilders are not only building more homes, but are also more inclined to build smaller, less expensive homes – which are more likely than larger homes to meet the limited budgets of first-time homebuyers.”
New York City’s foreclosure crisis was muted compared to the worst-hit areas like Nevada, California and Arizona. However, pockets of the city struggled with its effects.

According to New York City data, the number of sub-prime and high-cost loans rose steadily between 2004 and 2006. This led to a jump in foreclosure filings in areas such as Jamaica, Bedford-Stuyvesant, Baychester and the North Shore of Staten Island. In 2007, the number of lis pendens filings, the legal notice for starting foreclosure proceedings, stood at around 15,000, more than double the 7,000 filings in 2005. In 2008, that figure grew by another 33 percent.

Ace Watanasuparp, the executive vice president of Citizens Bank, resisted the notion that banks are loosening their underwriting requirements.

“I don’t think it’s a loosening of the credit. We still have responsible lending. We all learned from our mistakes in 2008,” he said.

“Back in the day, if you just had a pulse, you could get a loan, even if you have really bad credit. You really don’t have subprime in today’s marketplace. You can’t have someone walking with a 580 credit score and get approved for a loan. That doesn’t happen anymore. You still have tight credit standards.”

Martin Brady, the executive vice president for sales and leasing at development advisory firm the Marketing Directors, downplayed the risk of another global financial crisis due to loose underwriting.

“I don’t think that they’re doing crazy mortgages,” he said. “They’re still doing credit checks. They’re still requiring large amounts of documentation and proof. It’s not so easy,” he said. Brady claims that the easing was necessary because the skittishness of lenders created a really high barrier for entry for borrowers.

“We’re back where we can do three percent, five percent or ten percent down payments. For a while there, nobody was touching less than 20 or 25 percent down,” he said.

While Watanasuparp and Brady are confident about the banking industry’s ability to learn from history, the U.S. government is less certain. The latest annual survey from the Office of the Comptroller of the Currency found that large American banks have loosened underwriting standards for residential mortgages, direct consumer loans, conventional home equity and commercial real estate loans.

“If such trends continue, increasing credit risk could accelerate,” the report read.

According to Reuters, 90 percent of debt in the federal banking system, which amounts to $5.2 trillion, involved banks easing standards due to heightened competition.

“An increasing tolerance for looser underwriting has resulted in a continued movement from more conservative to more moderate underwriting practices,” said Grace Dailey, the OCC’s senior deputy comptroller for bank supervision policy. “While this movement is consistent with past credit cycles at a similar stage, credit risk is expected to increase if the trends we see today continue.”

Since the financial crisis, several lenders have returned to selling bonds backed by mortgages without government guarantees. These “private level” bonds have amounted to $60 billion in value since 2009, with lenders such as Redwood Trust and JP Morgan trading in such securities.