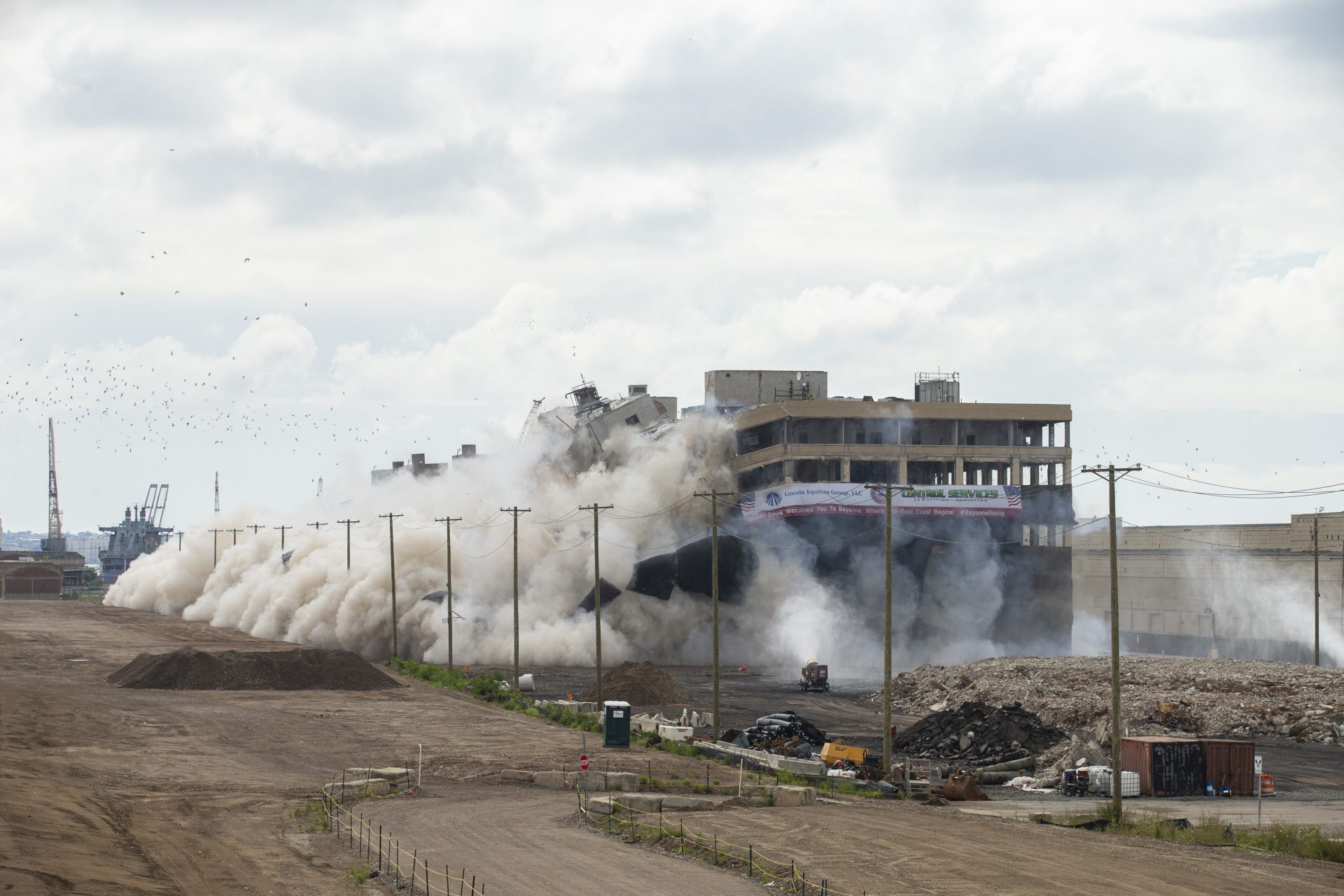 The demolition of the 153-acre site’s last remaining structures marks the completion of three years of site preparation work, clearing the way for construction of a United Parcel Service (UPS) regional hub facility.

“Since purchasing the massive site in 2018, our crews have worked steadily to ready it for construction, which involved importing over one million tons of clean fill to raise the site out of the flood plain and demolishing multiple former U.S. military buildings,” said LEG President Joel Bergstein. “Now, construction can begin on the 1.4-million-square-foot logistics complex that will create thousands of jobs and play a vital role in expanding the local overall economy.”

Earlier this year, UPS became the site’s anchor tenant after signing a 886,256 s/f lease for a regional hub and package distribution center. The UPS facility, expected to be completed by 2023, is estimated to create over 1,000 jobs and is one of the state’s largest industrial transactions in 2021.

“We’re excited for the opportunity and growth that this project will bring to the people of Bayonne and the state of New Jersey,” said Bayonne Mayor Jimmy Davis. “Lincoln Logistics Bayonne will enable our city to serve as a major focal point for shipping, logistics, supply chain and innovation, and this implosion is the final step before construction begins.”

Lincoln Logistics Bayonne, located seven miles from Newark, N.J., and eight miles from Manhattan’s Holland Tunnel, provides access to the Tri-State market at a time when e-commerce and associated fulfillment is soaring. The UPS facility will feature a customized design to allow for maximum efficiency and loading docking access.

The site was once used by the U.S. Navy as a supply depot during World War II. It was acquired by the U.S. Army in 1967 but closed in 1999 amid a wave of base closures. The buildings were built by the former occupant Military Ocean Terminal at Bayonne (MOTBY), where U.S. military operations were conducted for decades on a man-made peninsula that extends into the New York Harbor.

The site contains 62.9 acres of riparian water rights, offers immediate maritime access to the Hudson River and the Newark Bay (via the Kill Van Kill), as well as direct access to the New Jersey Turnpike, Interstate 78, Route 440, Routes 1 & 9 and the GCT (just 800 feet across the channel). The site also features an 1,800-foot wharf, which UPS is leasing, and an additional 26 acres for parking.

Because the imploded buildings were constructed to withstand a bomb blast, the crew had to remove panels that made them bomb-proof. Workers then cut inside columns to place the explosives for the buildings’ implosion. This is the second of two implosions at the site: in 2018, a demolition crew imploded a 175-foot smokestack and a 150-foot steel water tower.