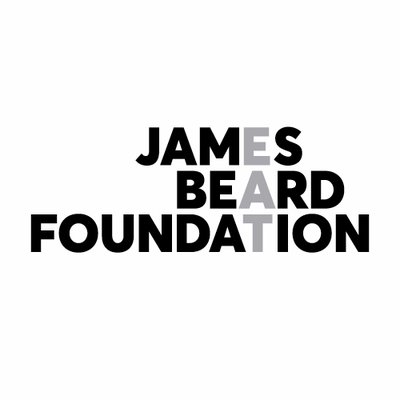 The James Beard Foundation, the prestigious culinary organization, has signed a five-year and five-month, 5,000 s/f lease to relocate its two office spaces to 34 West 15th Street. The Foundation is expanding to accommodate a growing staff from its headquarters at the James Beard House and from its other office at 6 West 18th Street into one space on the entire fourth and fifth floors of the seven-story building. Brett Maslin and Matthew Raphan of Adams & Company represented the tenant while Jeffrey Nissani of JSN Properties represented the landlord, Adomah Corporation.

Cushman & Wakefield arranged a 10-year, 3,000 s/f lease for Reformation, a sustainable women’s fashion brand, at 1055 Madison Avenue on the Upper East Side. Ian Lerner and Aylin Gucalp represented the landlord, Status Capital in the transaction. Reformation was represented by Michael Yadgard of Maxwelle NY. Reformation will occupy a portion of the retail space for it’s uptown flagship location. The space will incorporate many of their innovative store elements including their “magic” wardrobes. Reformation’s distinct shopping experience starts with customers choosing items from a touch screen. When the customer is ready to try these pieces on, each item they chose will appear in a “magic” wardrobe in their designated dressing room.

CBRE completed a deal for MediDental Care, a comprehensive dental clinic, at 22-46 31st Street in Astoria. The clinic, which provides dental healthcare catered to walk-in clients, will occupy nearly 3,000 s/d of high-end medical space. CBRE’s Dean Rosenzweig, Jeremy Scholder and Ed Glackin represented the tenant and the landlord, QN Realty LLC., in the transaction. Asking rent for the ground-floor space was $135 psf.

Handler Real Estate Organization arranged a long-term, 5,573 s/f relocation and expansion at 180 Varick Street on behalf of Civic Builders, a non-profit facilities developer that provides turnkey solutions for New York charter school real estate needs. Civic Builders — which will occupy its new space at 180 Varick by year’s end — is relocating into larger space from a nearby location to accommodate its current and future growth. Handler EVP Darell Handler and colleague Helen Kim arranged the lease on behalf of the tenant. Steven Marvin, with Olmstead Properties, represented ownership in-house on the transaction.

Hays Worldwide Research Corporation, a global specialist recruitment firm, has renewed and expanded its lease at 693 Fifth Avenue, a boutique office tower located in the Plaza District. The Savitt Partners’ team of Michael Dubin, Elliot Zelinger and Greg Lafayette represented the ownership, affiliates of the Paris-based holding company FIMALAC in the 10-year lease. Average asking rents at the property are in the mid-$70 psf. Currently occupying 4,681 s/f on the 10th floor the international company will more than double its presence at the property. The firm is expanding on the entire 18th floor totaling 4,805 s/f. Hays Worldwide Research Corporation and was represented by Josh Stein and Steve Hass of Norman Bobrow & Co., Inc.

Midwood Investment & Development has announced that CityMD Urgent Care has signed a ground floor lease at 91-19 Queens Boulevard in Elmhurst, Queens, signifying its first location in the neighborhood. Midwood acquired the one-story building in January of 2018. As part of the repositioning of the property, the building now offers three storefronts with over 7,000 s/f of street-level rentable area. CityMD has leased 2,350 s/f on the ground floor, along with 2,250 s/f at the cellar level. Thomas Caliendo, Daniel D. DePasquale and Danielle Winick of Winick Realty Group, LLC represented ownership in the transaction at 91-19 Queens Boulevard, while Benjamin Birnbaum of Newmark Knight Frank represented the tenant.