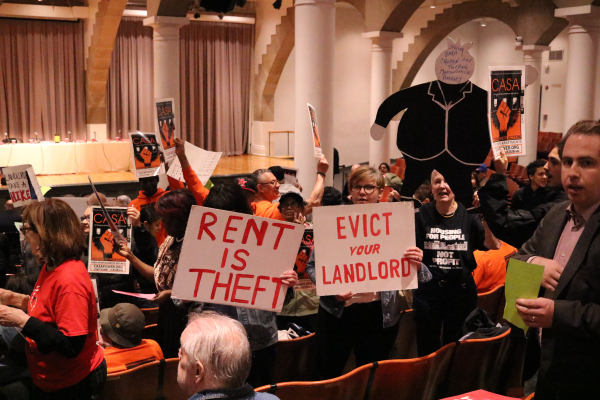 The Rent Guidelines Board is set to approve rent hikes of up to 3.75 percent for New York’s one million rent regulated tenants.

The final vote is on June 25 and the approved increases will apply to apartment and loft lease renewals beginning between October 1, 2019, and September 30, 2020.

During the predictably contentious hearing, owners’ rep Patti Stone – an attorney with Rosenberg & Estis newly appointed this year – argued for up to six percent increases arguing, “Owners are people who invest their hard-earned money in a building to run as a business to support their families. We live in a capitalist society where people go into business to earn a profit, not just to break even.”

Stone said a plethora of local laws, including an allergen law and greenhouse gas emissions regulations, were compounding landlords’ problems when coupled with increases in property taxes, water rates and an increase in the Price Index of Operating Costs since 2014.

She argued that higher rent increases needed to be approved because rent increases since 2014 have not been keeping pace with the increase in expenses for landlords.

But tenants’ representative Sheila Garcia said, “The purpose of our board is not to make sure that landlords continue to make profits. Our board is mandated to actually make sure that we simulate a fair housing market, which we do not have in this city.”

The proposal that ultimately passed at the vote was put forth by Chair David Reiss, newly appointed to the position this year but not a new member of the board.

Mayor Bill de Blasio appointed Reiss as a public member in 2017, and during the meeting for the final vote that year, Reiss and fellow public member Hilary Botein read a statement they put together arguing that state and municipal action could address some of the concerns tenants raised at public hearings, including a proposal for affordable housing that is pegged to tenants’ income, since even tenants in rent-stabilized accommodations can end up paying more than 30 percent of their income on housing. Reiss, a professor at Brooklyn Law School who focuses on real estate finance and community development, voted against a rent freeze that year but in favor of the proposal that passed, with increases of 1.25 and 2 percent.

Also new to the board this year are public members German Tejeda and Alex Schwartz, a professor of urban policy at the New School. Tejeda, currently the national director of financial programs at a nonprofit focused on reducing poverty by improving access to benefits and assisting low-income students, was the only member of the board besides the tenant representatives to vote in favor of a rent rollback.

Canadian tenant portal expanding in US