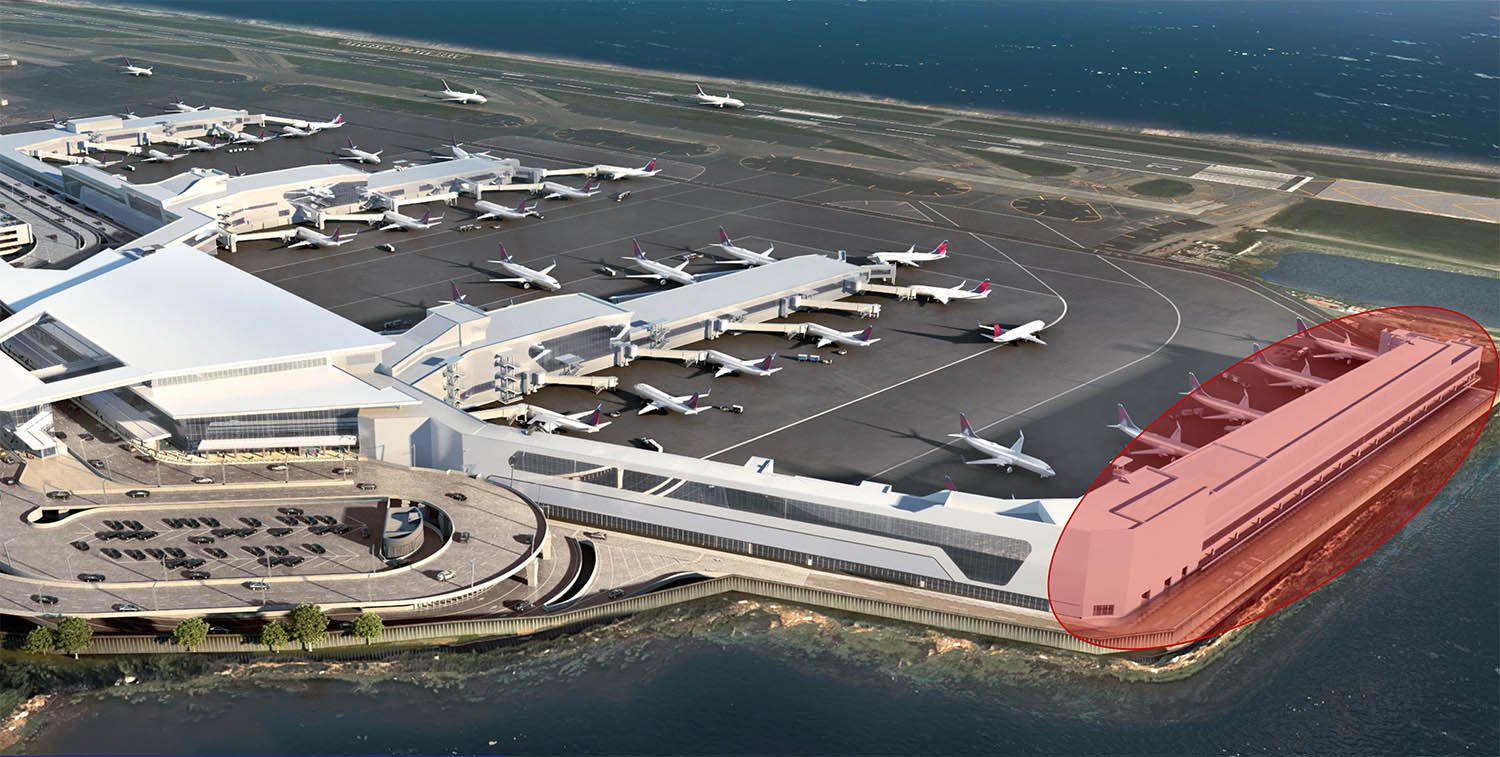 The seven new gates in the Delta concourse, on the far eastern side of the airport, will start serving passengers – running 60 flights per day to Boston, Chicago and Washington, DC – on Monday, November 4.

Additionally, last week the Port Authority board of directors approved the funding needed to build the LaGuardia AirTrain.

“The opening of the first new concourse at Terminal C is a major milestone that takes us one step closer to transforming LaGuardia Airport into a global gateway worthy of this state,” Governor Cuomo said.

“We’re building the nation’s first completely new airport in 25 years and showing the nation and the world that you can be ambitious and get big things done. At the end of the day, the new LaGuardia Airport will provide a world-class passenger experience with state-of-the art terminals and concourses like the one we’re in today, new roadways and improved traffic flow, and 50 percent more tarmac space to reduce gate delays.