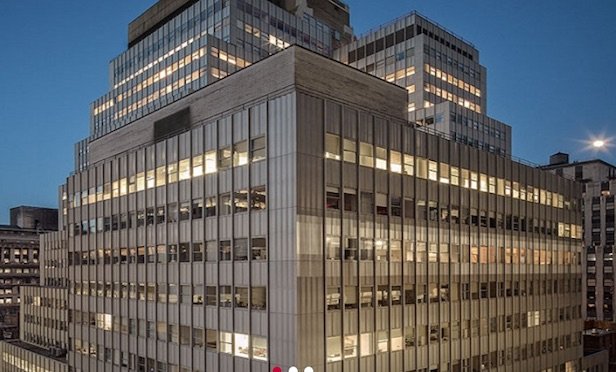 Knotel, the flexible office space provider, announced it is expanding its footprint at 110 William Street, a 928,000 s/f class A office tower in Lower Manhattan owned by Savanna and KBS Capital Advisors. Knotel will now occupy approximately 117,000 s/f covering three full floors at the 32-story building, expanding by 80,650 s/f after completing a 35,848 square-foot lease on the 17th floor in August 2018.

As part of the new agreement, Knotel will take the entire 7th and 8th floors in addition to the 17th floor already leased.

“As we’ve seen across the portfolio, interest in buildings and submarkets increases when Knotel is there. With our existing floor already occupied by a client, we are pleased to add two more spaces at 110 William,” said Eugene Lee, Chief Investment Officer at Knotel.

“Expanding relationships with ownership groups like Savanna and KBS is also a key component of being able to better serve our clients.”

Constructed in 1918 as a 15-story building, the property was increased in height to 32 stories in 1959 via an expansion led by architect Sylvan Bien.

Since Savanna and KBS acquired the building in 2014, the tower has been renovated for modern office use. Recent capital improvements include a new lobby, a façade renovation, and upgraded bathrooms and corridors. Knotel was represented in the long-term transaction by Greg DiGioia and Michael Morris of Newmark Knight Frank. Building ownership was represented by Hal Stein, Todd Stracci and Travis Wilson from Newmark.

“The West 30s’ office market offers excellent value to its tenants, it has excellent access to transportation, abundance of new upscale retail and restaurants and affordable rents,” said JD Cohen. “Ownership was able to lease a large portion of their current vacancy to Knotel in order to provide creative space to technology, advertising, media and information tenants seeking loft like work spaces on flexible basis.”

The transaction represents an uptick in taking rents along the side streets within this submarket, where more and more quality tenants are attracted to well repositioned assets.

Knotel – which designs, builds and operates custom spaces for companies of 50 employees or more – caters to established and growing brands. Today, over 200 companies call Knotel home, and the firm continues to expand rapidly in new domestic and international markets.

ON THE SCENE: Avison Young gets exclusive in Bronx