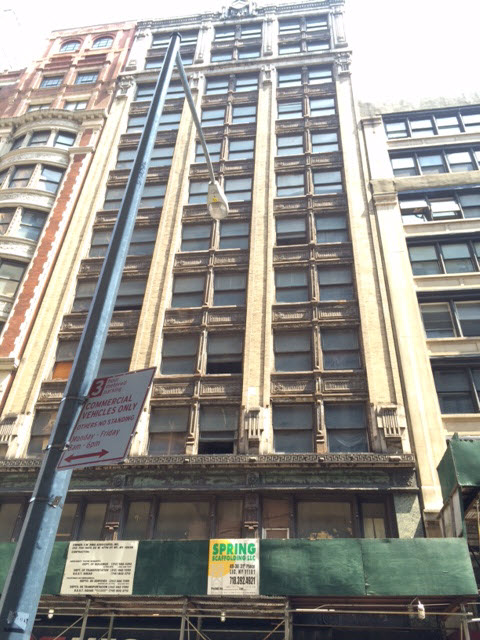 The Kaufman Organization is still about nine months away from officially opening the doors to their latest acquisitions, four properties that once were part of the Frank Ring portfolio, but the group is already optimistic about the neighborhood that they are revitalizing.

“We’re receiving offers anywhere from a range of $110 to a $125 per square foot,” Kaufman principal, Grant Greenspan told Real Estate Weekly. “It shows a commitment to the area looking to turn.”

The quadruple purchase in Midtown South demonstrates Kaufman’s faith in the budding gentrification of the Flatiron and NoMad neighborhoods.

“These two buildings on 27th street haven’t been occupied in ten years,” said Greenspan. “They’re in rough shape.” But the work is worth it to one of the city’s most respected commercial developers. It sees an opportunity to capitalize on restaurants at the base of the properties within Manhattan’s hottest new neighborhood.

“There’s a renaissance certainly going on around 27th and 28th street,” said Greenspan “Retail seems to be leading the charge and the offices are really starting to follow right behind it.”

The restaurants will set the tone for the building’s tenants, explained Greenspan as they look to harness and wield the neighborhood’s budding retail culture. Greenspan said that they expect higher end stores to follow upper tier dining establishments while newer, more casual eateries will likely attract more affordable shops. Kaufman anticipates leasing some of the new square-footage to commercial clients looking to install office space.

“The type of (residential) tenant that’s moving in (to Midtown South) is a high net worth and a high earning individual. They want to be in walking distance of their offices,” said Greenspan.

Kaufman has begun fielding aggressive inquiries from potential tenants. “The type of tenants that have been coming to me have wanted to take four or five floors and make an office suite,” he said when discussing 119 West 24th.

Flatiron and NoMad are not the only budding neighborhoods on Kaufman’s radar. Greenspan said that the firm has a close eye on the Hudson Yards and West Chelsea.

“Buildings near a transportation hub tend to maintain a certain level of occupancy even in a downturned market,” Greenspan said.

He noted that the extension of the 7 train “will create some stability” along the West Side as opposed to in years past where tenants were tempted to abandon the far west side of Manhattan when the economy wavered.

Kaufman purchased their four new Midtown South holdings from Extell Development, the firm that originally retained the rights to Ring’s share of a 13-building portfolio back in January of this year.

Extell paid $308 million for the package. Kaufman entered the deal with Iowa’s Principal Real Estate Investors as its equity partner and obtained the ground lease on the four buildings for $150 million.