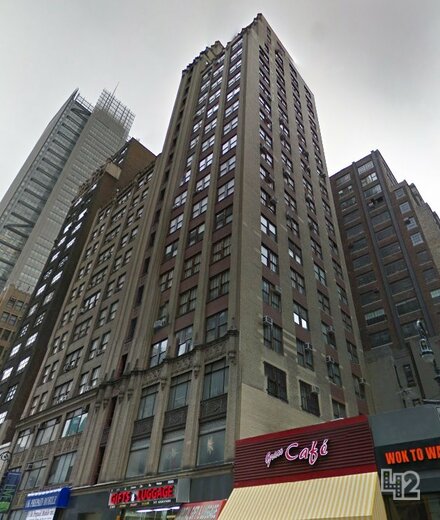 A joint venture looking to rejuvenate a trio of Garment District office buildings has secured $95 million in financing to get the job done.

The loan was provided by LoanCore Capital. East End Capital, led by Jonathan Yormak and David Peretz, bought a minority stake in the three buildings from the estate of investor Steven Green, a spokesman for JLL confirmed. East

End will manage and reposition the buildings on behalf of the Ungar family.
“Together, East End Capital and its partner are provided a unique opportunity to fully reposition and operate three well-located office properties with terrific value-added potential,” said Aaron

“As one of New York City’s premier real estate firms, East End is perhaps one of the most qualified operating managers to reposition these underperforming assets and execute the proposed business plan with its partner,” said Schwartz.

The partners are planning to aggressively reposition and re-tenant the 74,283 s/f 580 Eighth Avenue and the 117,518 s/f 251 West 39th Street and the 35,075 s/f 36 East 20th Street.
East End Capital will oversee the entire capital improvement effort and management of the office buildings and serve as leasing agent for the properties.